Mid May until early September 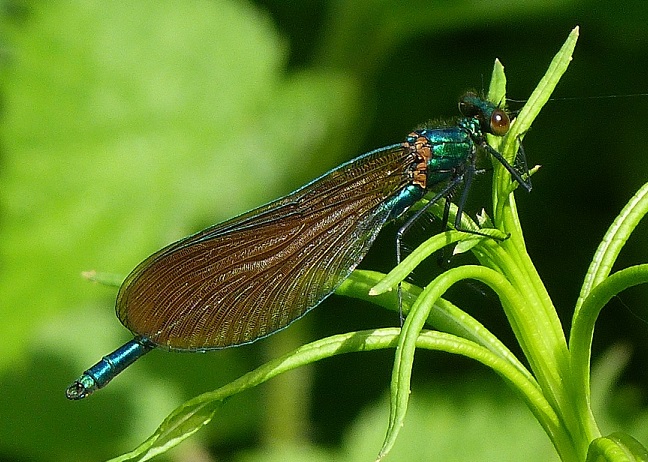 The body is metallic blue-green with a red-brown ‘ tail light’ on the underside of segments 8-10. The wings are completely dark brown-black with iridescent blue veins. The wings do not have a pterostigma. 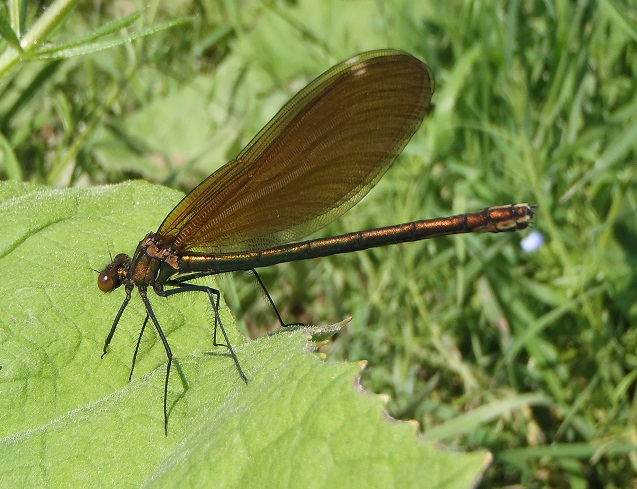 The body is metallic green with a brownish tinge and a bronze tip to the abdomen. The wings are suffused brown with a white pseudo pterostigma (so called as the colour is not restricted to 1 thickened cell).

Large damselfly with a distinctive fluttery flight. Males are very territorial and will perch on vegetation flicking open their wings in order to defend a suitable oviposition (egg laying) site. In courtship they flutter their wings to a prospective female and may also throw themselves onto the water. After copulation the female lays her eggs into emergent plant material while the male remains on guard nearby.

Only found along faster flowing streams and rivers with a sand or gravel bottom and often well shaded by trees.

The oldest records date back to 1895 at the Wyre Forest in the south of the county. Butler (1982) described this local species as being confined to certain areas namely Ludlow, Craven Arms, Highley and Cound. Fourteen years later Lockton et al. (1996) described the distribution as predominantly in the south west of the county along the rivers Onny, Teme, Corve, Clun, the Ledwyche Brook and as far east as the Severn. Clearly the distribution has altered with the current map showing an increase in records both centrally and in the north of the county. The range of Beautiful Demoiselle has extended up the River Severn and notably to the Rivers Roden and Tanat in the north west and Camlad in the far west resulting in a far wider county distribution. This may be due to changes in water quality, increased recorder effort or possibly climate change. 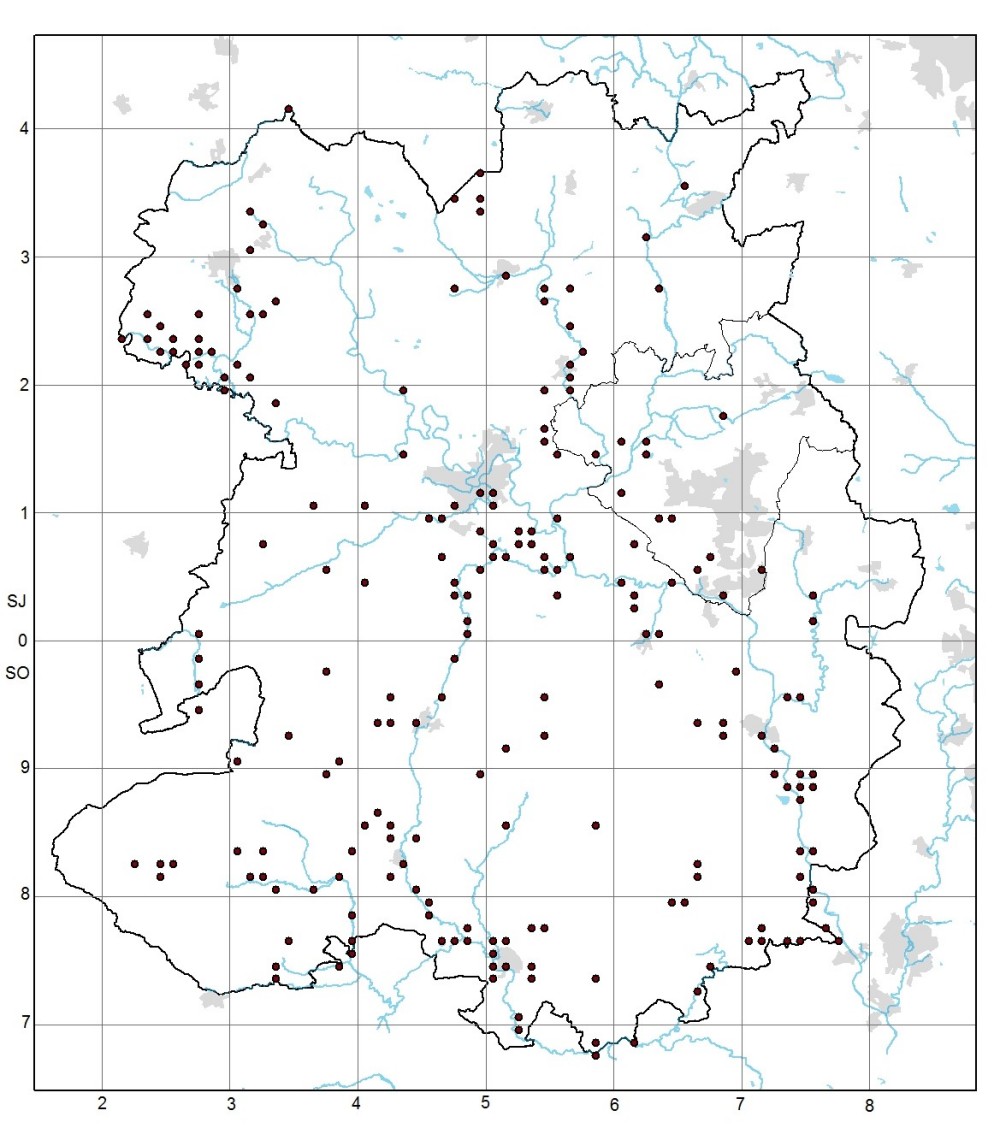