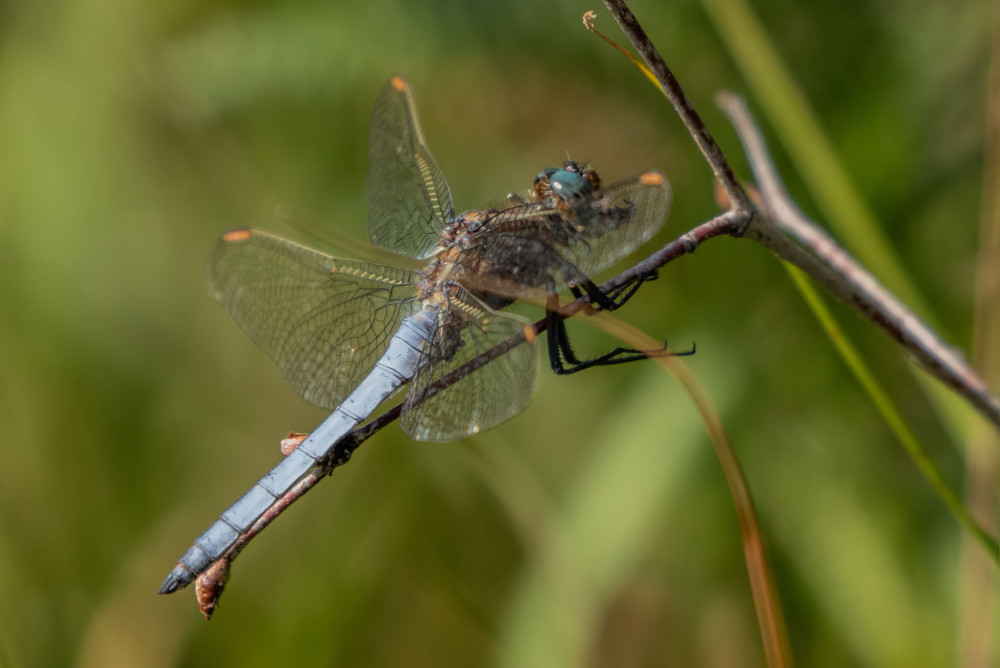 Whixall Moss has historically produced a few suspected sightings of Keeled Skimmer, the photographic proof being provided by Lee Wilkinson back in 2013. All has been quiet-ish since then…again with a number of possible unconfirmed reports-until now. Stephen Barlow has seen several possible sightings this year and photographed this male seen here on the left. This hopefully indicates that this species is resident and successfully breeding at Whixall Moss so keep us posted on any more sightings. Just be aware that Black-tailed Skimmer is also blue and medium sized and resident at Whixall as picture below (male left, female right). 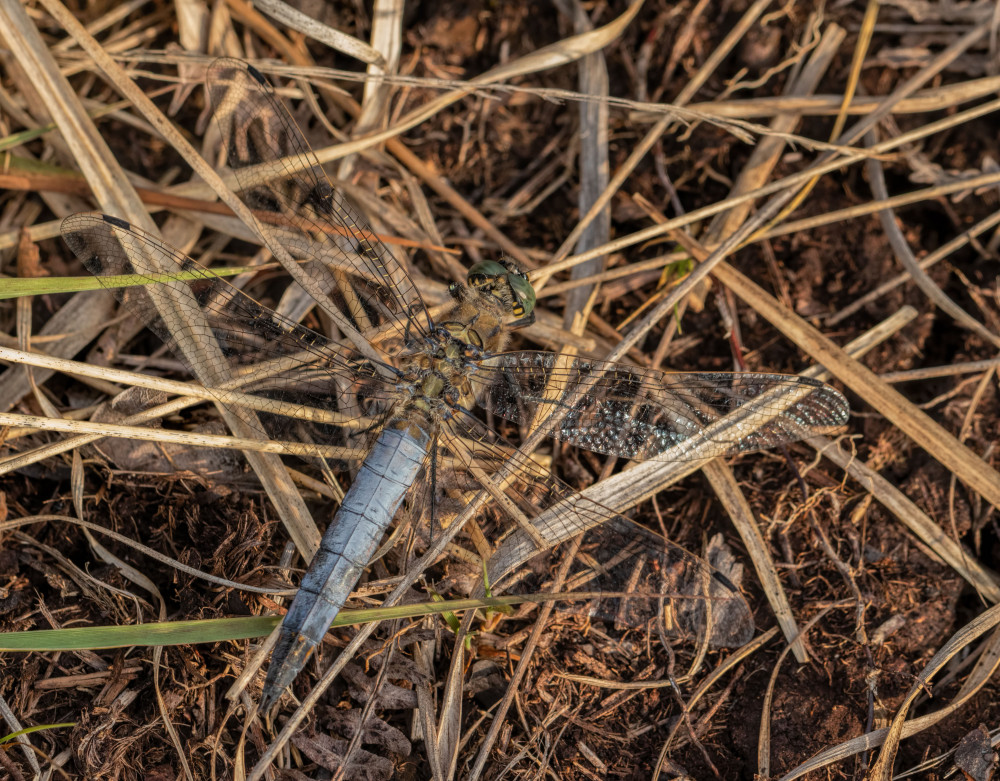 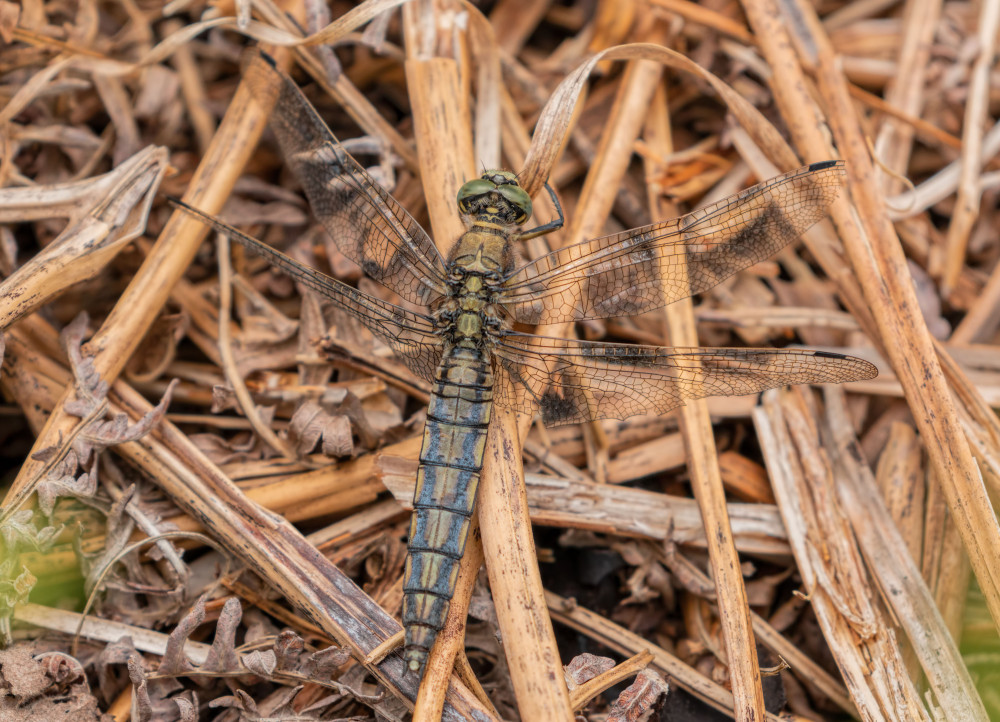