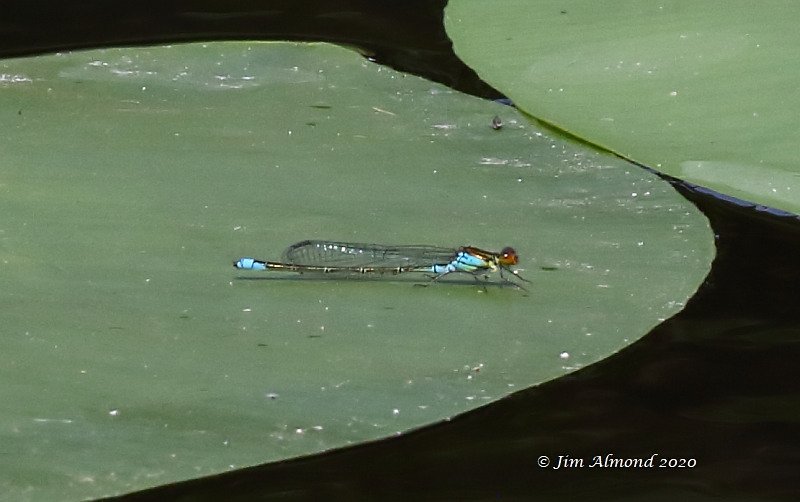 Jim Almond has been to Dudmaston and recorded Small Red-eyed Damselfly on the main pond for the second year running which is great! Jim’s photos show the Small Red-eyed (left), the Red-eyed (below left) and the 2 species in direct comparison (below right). The comparison shot shows quite clearly the more extensive blue coloration and the shorter wing length seen in Small Red -eyed. The Small Red-eyed also looks far less robust than the Red-eyed -which incidentally is also at Dudamston in large numbers so you really need to look carefully! 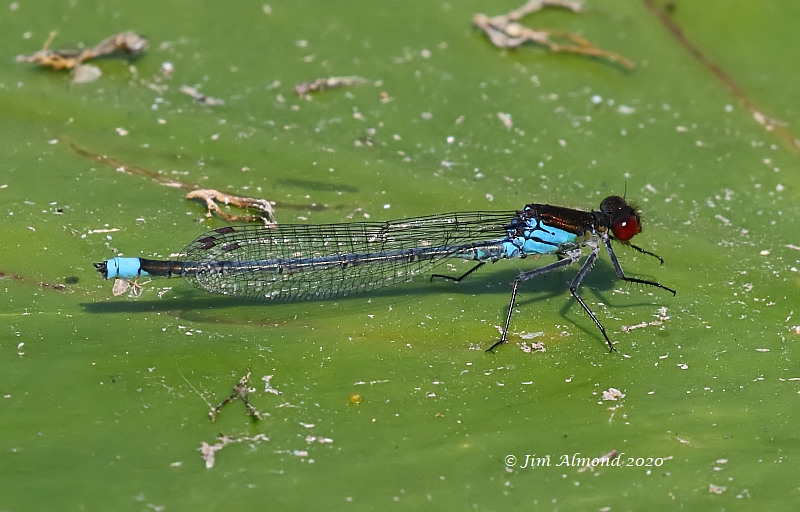 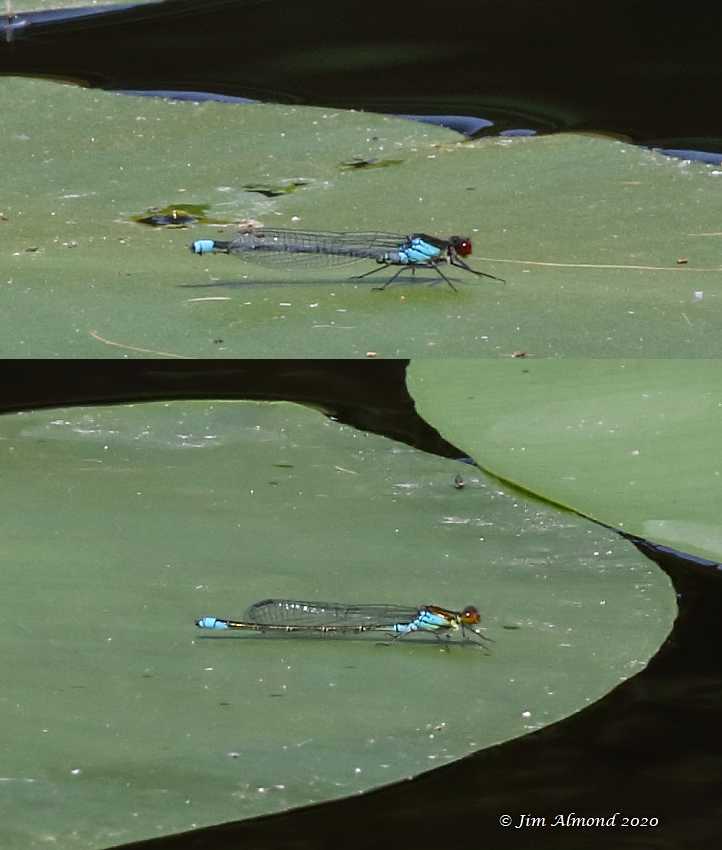