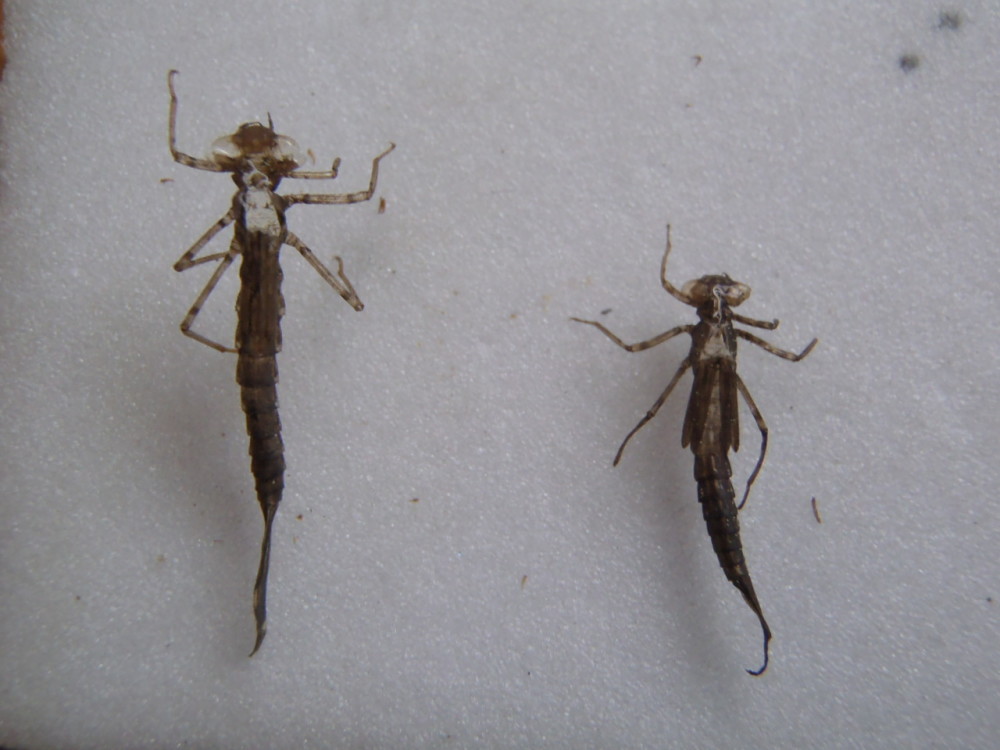 I was just sauntering passed Radbrook Pond on Sunday when I found these 2 exuviae. The larger of the 2 is Red-eyed Damselfly- a distinctively large exuviae with bands visible on the caudal lamellae (below left). I assumed the smaller of the 2 would be Large Red Damselfly but when I actually looked at it carefully at home I found it to be Blue-tailed Damselfly. I soaked and studied the caudal lamellae (below right-blurred sorry) which have a tapered pointed tip and are described as obliquely subnodate with stout setae reaching the mid point on one side and a third of the way on the other- all from Steve Cham’s great ID guide. So that’s 2 more species for 2019! 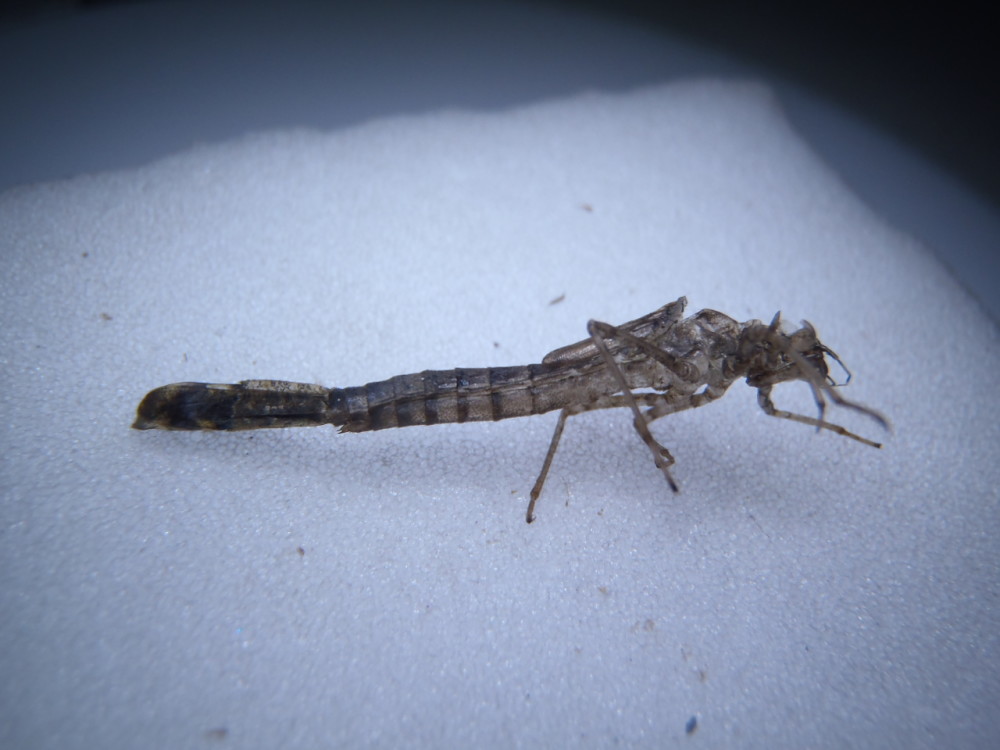 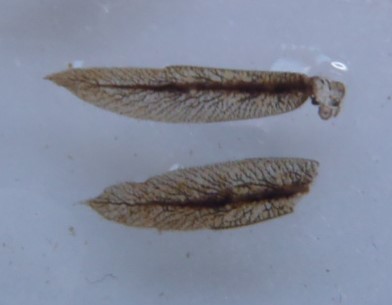 Azure Damselfly on the wing

Azure Damselfly on the wing