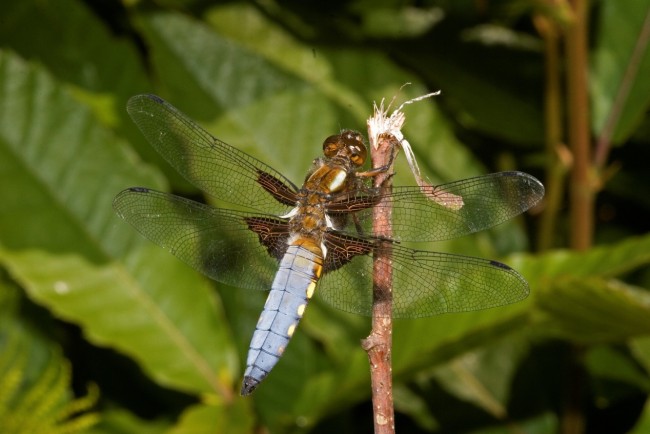 The abdomen is very broad and flattened and powder blue apart from segment 1 which is brown and segment 10 blackish. Along the sides of the abdomen are yellow spots. The thorax is brown with light broad antehumeral stripes. The wings are clear with basal wing patches characteristic of chasers, and dark pterostigma. The eyes are brown and the legs are black with yellow on the femur. Immature specimens are yellow brown before the blue pruinescence develops. Older specimens may well have dark patches on the abdomen where female legs have rubbed off the pruinescence during copulation. 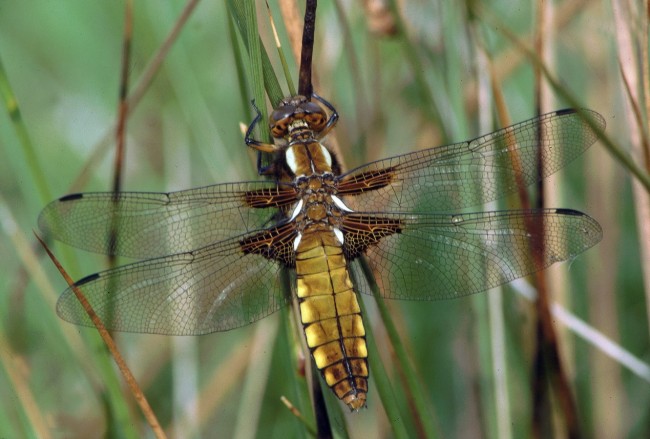 The abdomen is even broader than the male and tawny yellow in colour with larger yellow marks along the sides from segments 4-7. A narrow black mid dorsal line is also visible. Otherwise the same characteristics as the male are present namely basal wing patches and broad antehumeral stripes.

Black-tailed Skimmers are similar but have clear wings lacking any basal patches of colour. Scarce Chasers have much smaller basal wing patches and no antehumeral stripes. In addition the Scarce Chaser as it’s name suggests has only been recorded once in Shropshire whereas Broad-bodied Chaser is common and widespread.

Males are very territorial and aggressive and will fly out from a perch to attack intruding males or to grab a female. The flight is fast and can be difficult to observe. Females are grabbed in flight and held in tandem as the pair rise up before adopting the wheel position. Copulation lasts just for a few seconds. Females then oviposit alone but closely guarded by the male. They hover over the water where there is some submerged aquatic vegetation and constantly dip the abdomen into the water to wash off the eggs.

Favours small ponds and ditches that are sheltered and well vegetated. This species is a well- known pioneer at new water bodies.

Historic records date back to 2 sightings in 1902 at Clarepool Moss and Llanforda Waterworks (west of Oswestry). A number of records were made at The Albynes (north west of Bridgnorth) during 1915-1917 and this species was recorded at Whixall Moss in 1935. Sightings in the 1970’s included records at Betton Moss and Wildmoor Pool and over the years since the number and range of sites has increased to include many lowland pools, canals and some rivers including the River Severn. Records are also made at a range of upland acidic sites such as Wildmoor Pool and Cramer Gutter, Catherton Common. Described as common by Lockton et al., (1996) this remains the case and recent distribution maps show a large amount of infilling of areas already within the recorded range. There are however a noticeable number of new records toward the north and west of the county and though this may be caused simply by recorder effort, the recent National Atlas (Cham et al., 2014) did highlight the northwards expansion of this species. 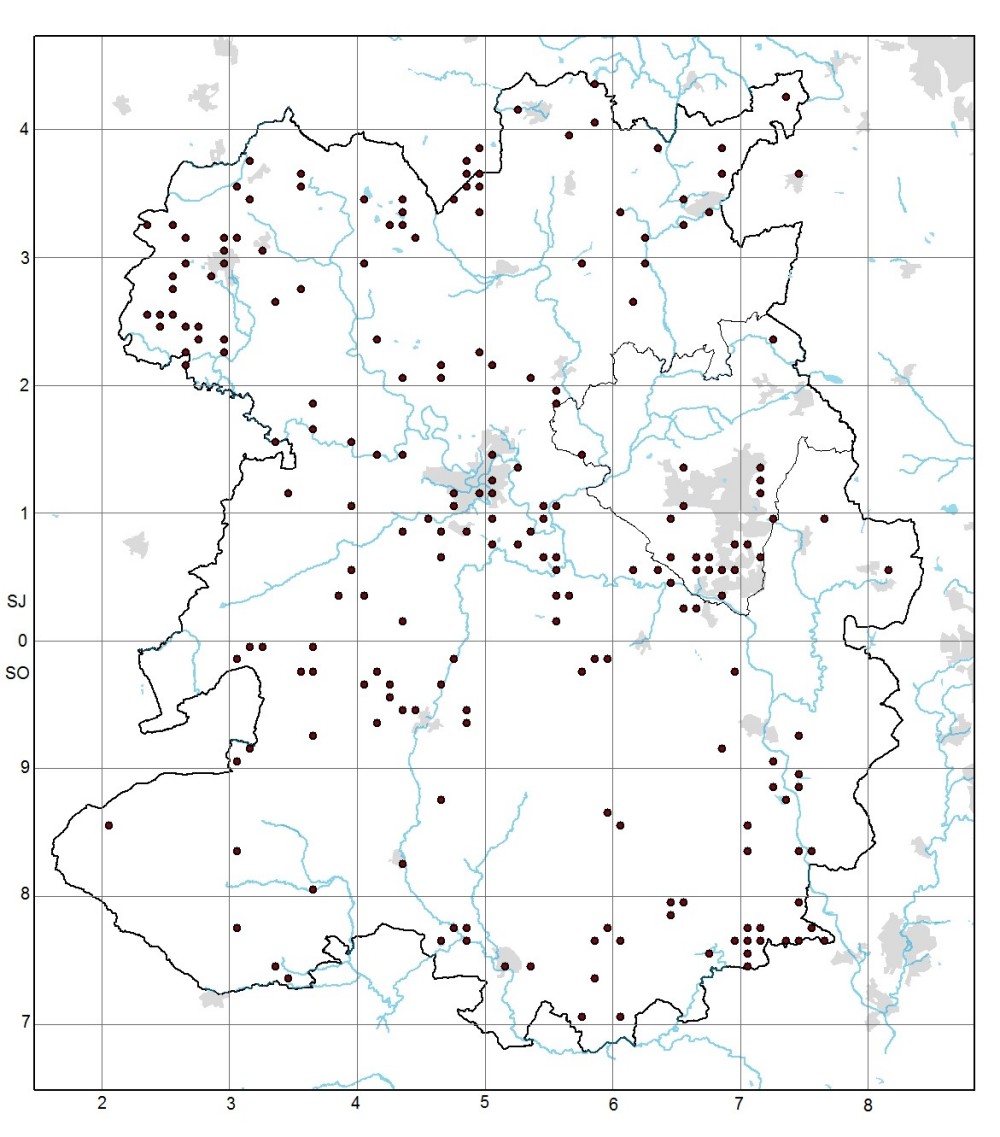