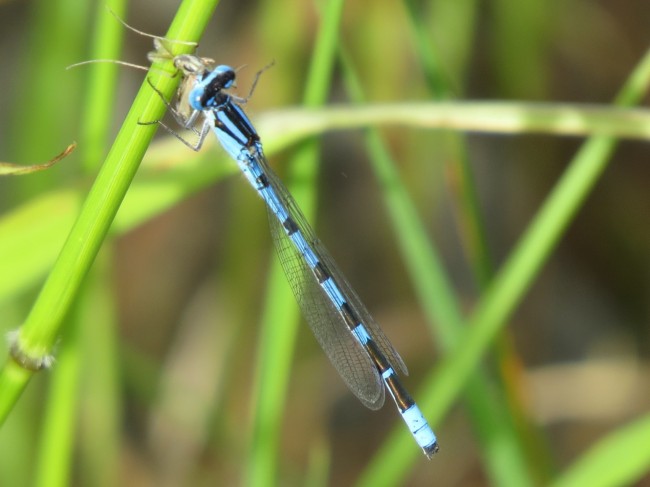 The body is blue. Broad antehumeral stripes are present on the top of the thorax and the sides are solid blue. On segment 2 there is a ‘lollipop’ shaped stalked black spot. Segments 8 and 9 are all blue and segment 10 is black. Eyes are blue and legs black. Wings are clear with a small black pterostigma. 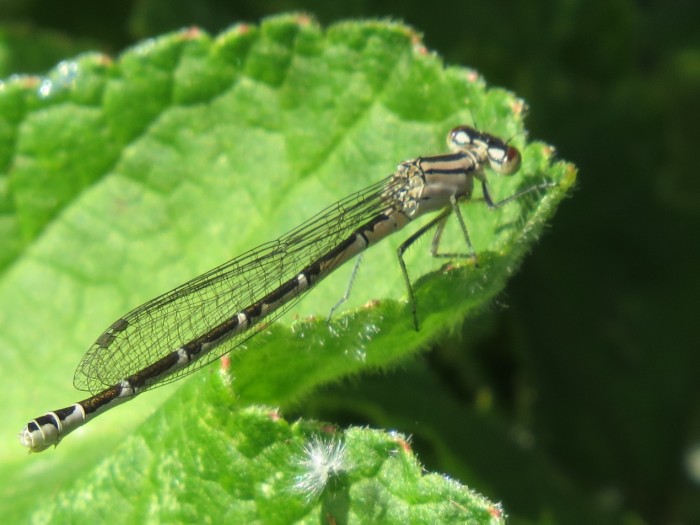 There are 2 female forms, a drab green form that turns brown with age (shown above) and a blue form. In both forms black ‘rocket’ shapes extend along the abdominal segments and a black thistle shape is present on segment 2. A diagnostic spine is present under segment 8. Broad antehumeral stripes are present on the top of the thorax and the sides are solid colour with no spur present.

Often seen in great numbers on large water bodies and can be seen flying over water some distance from the bank. They are also found well away from water, often amongst tall vegetation from where they hunt for insects. Females will oviposit in tandem on surface vegetation and sometimes the female will submerge below the surface. Males remain on guard above and ‘rescue’ waterlogged females that are unable to escape the water surface-tension.

Can be found in a wide variety of habitats from lakes, ponds, slow flowing rivers and streams. Seems to prefer larger bodies of water with tall marginal vegetation.

Historic records date back to 1917 at Bomere followed by a sighting at Whixall Moss in 1932. Records increased from the late 1950’s onwards and Butler (1982) described this species as ‘practically everywhere’ whilst Lockton et al., (1996) termed it ‘ubiquitous.’ This is the most widespread species in Britain and Ireland (Cham et al., 2014) and is found throughout Shropshire on all suitable waterbodies. The most current distribution maps show a great deal of infilling within the previously recorded range – most likely due to increased recorder effort. 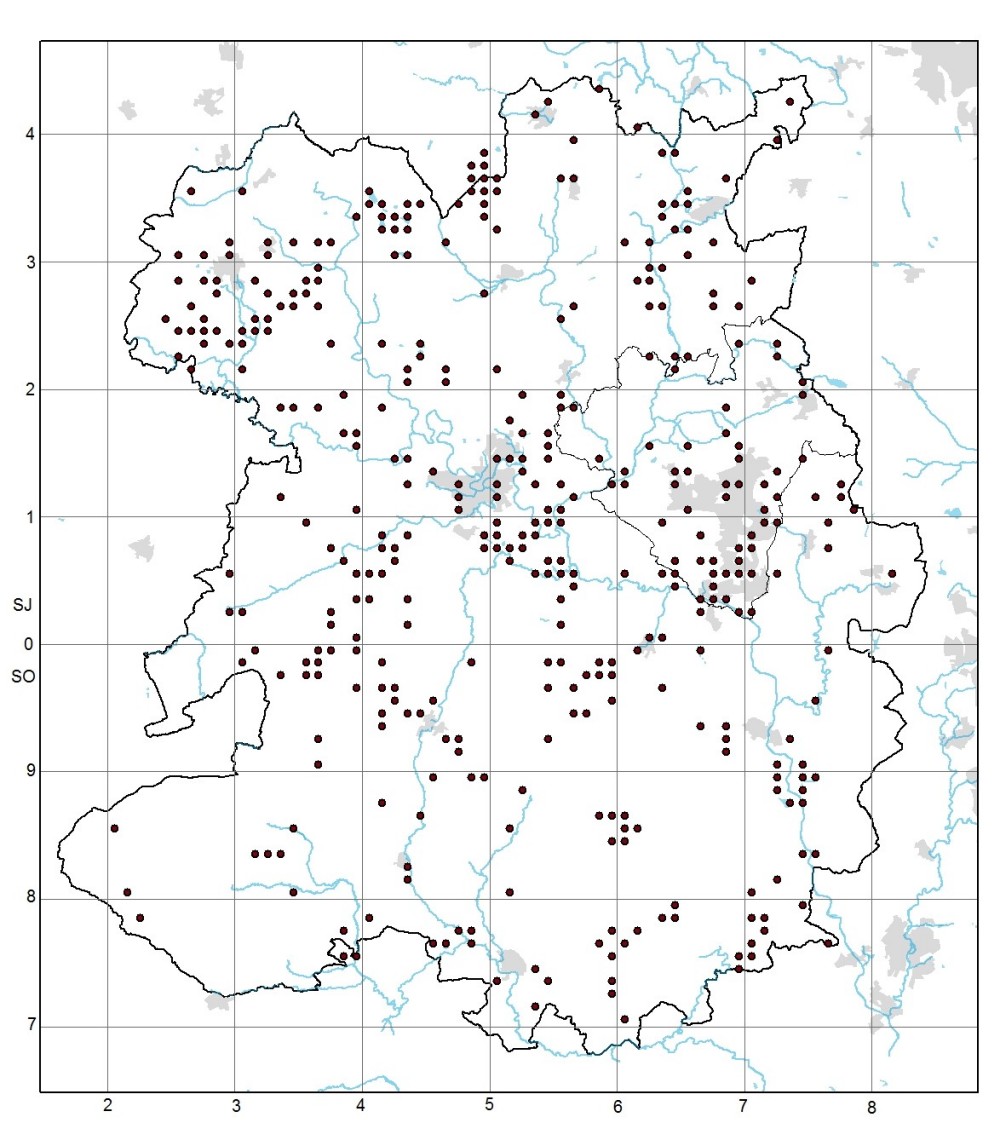 Numerous canals, ponds, lakes and meres throughout the county. 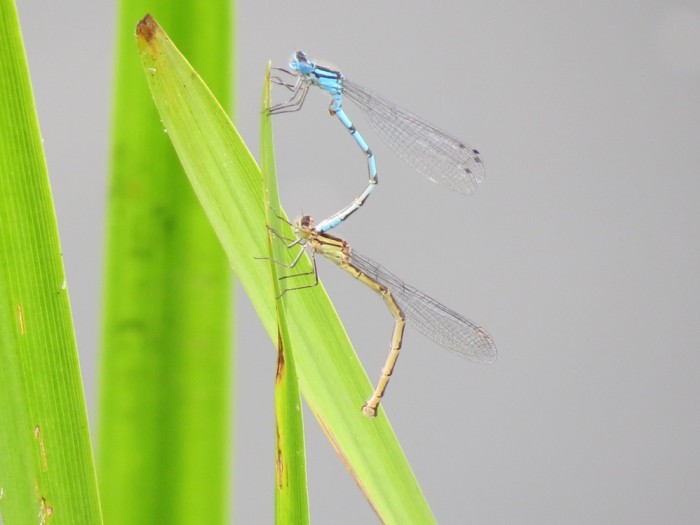