End of June until end of September 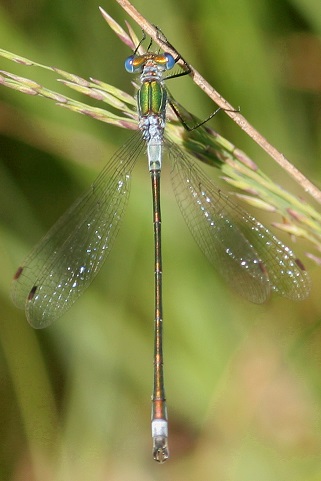 The body is metallic green and with maturity a powder blue pruinescence develops between the wings and on segments 1-2 and 9-10. Eyes are blue. Legs are black with a yellow line on the femur. Wings are narrow and clear with an elongated pterostigma that is brown-black. This species belongs to the Family Lestidae which, uncharacteristically for damselflies, rest with the wings held open at 45°. As such they are often referred to as spreadwings. This is the only spreadwing found in Shropshire and this behaviour is therefore very useful in identification. 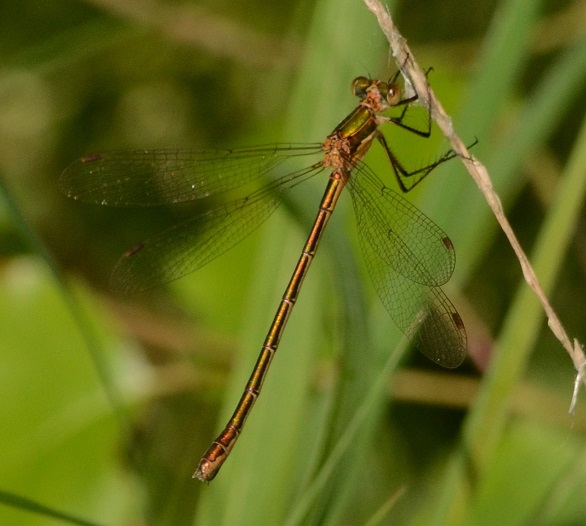 The body is metallic green but slightly duller than the male and is also thicker in stature. It lacks the pruinescence of the male and the underside of the body is light brown. Triangular metallic spots can be seen on segment 2. Eyes are brown. Legs are black with a yellow line on the femur.

These are rather weak fliers and tend to be found amongst the vegetation at pond edges. After copulation females lay their eggs in vegetation usually in tandem. Often the female will oviposit down the stem until both she and the male are submerged. As this is a late summer species the eggs enter diapause (a resting stage) and do not hatch until the following spring.

Can be found in ponds, ditches and canals with emergent vegetation but prefers acid bog pools. Can also be found at brackish water sites and is able to colonise shallow pools that temporarily dry out in summer.

The first Shropshire record of this species was made in 1933 at Whixall Moss. Records at the same location followed in the 40’s and 50’s and in 1960 there was a sighting at Clarepool Moss. As with many other species, records (and presumably recorder effort) increased from the 70’s onward with sightings at The Bog (Stiperstones), Boyne Water (Brown Clee Hill), Wildmoor Pool (Long Mynd), Whixall Moss and Brown Moss. These and many other sites still support good populations of Emerald Damselfly today and this species retains the classification of ‘common’ that it was given by Lockton et al. (1996). The current distribution map indicates greater coverage of Shropshire particularly in the north west and west of the county, with many records made on the Shropshire Union and Montgomery Canals. The recent national atlas (Cham et al., 2014) showed evidence of increased coverage possibly due to recorder effort, but also highlighted a recent decline in some agricultural parts of the UK potentially attributed to land drainage. Shropshire does not seem at present to reflect this decline. 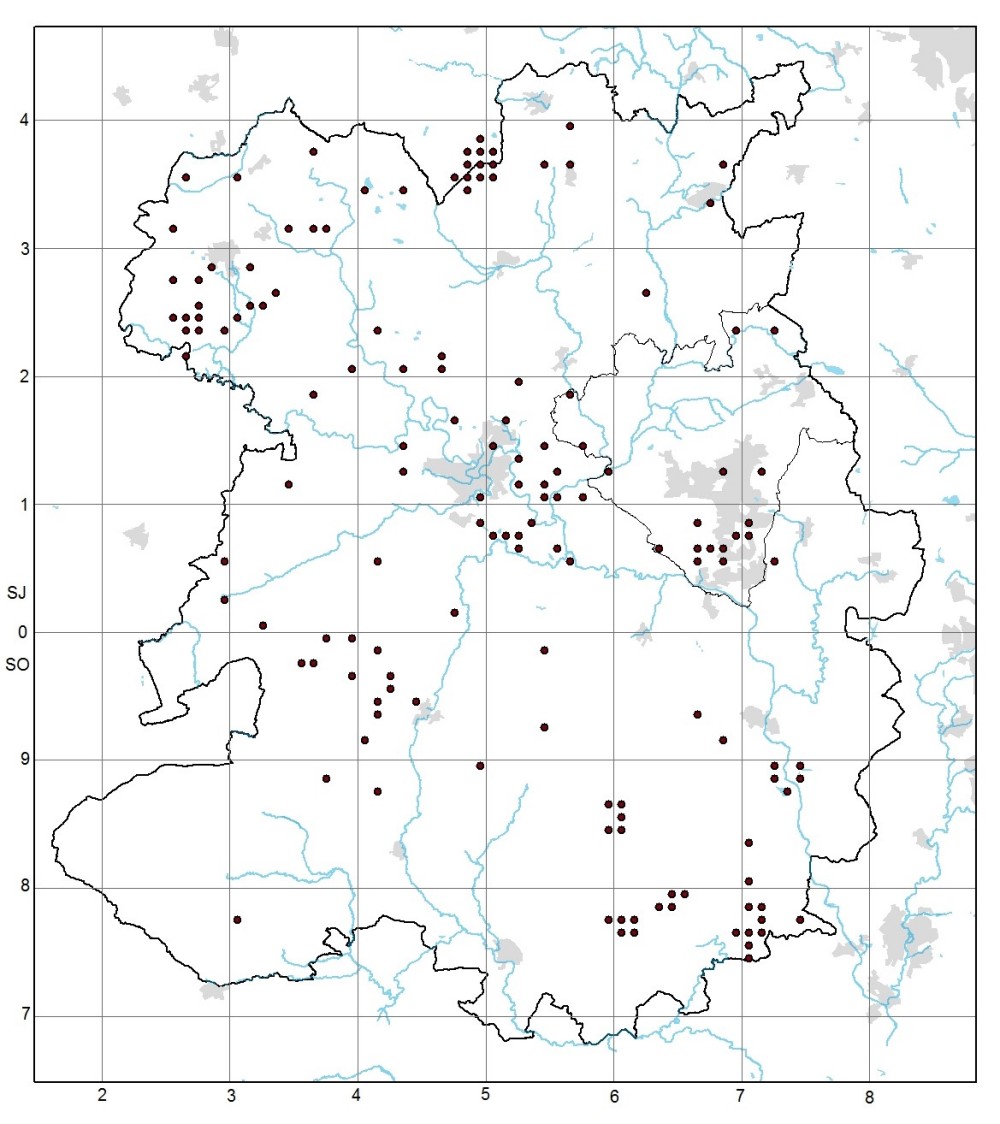