common and widespread in southern Britain; scarcer in the north, but increasing 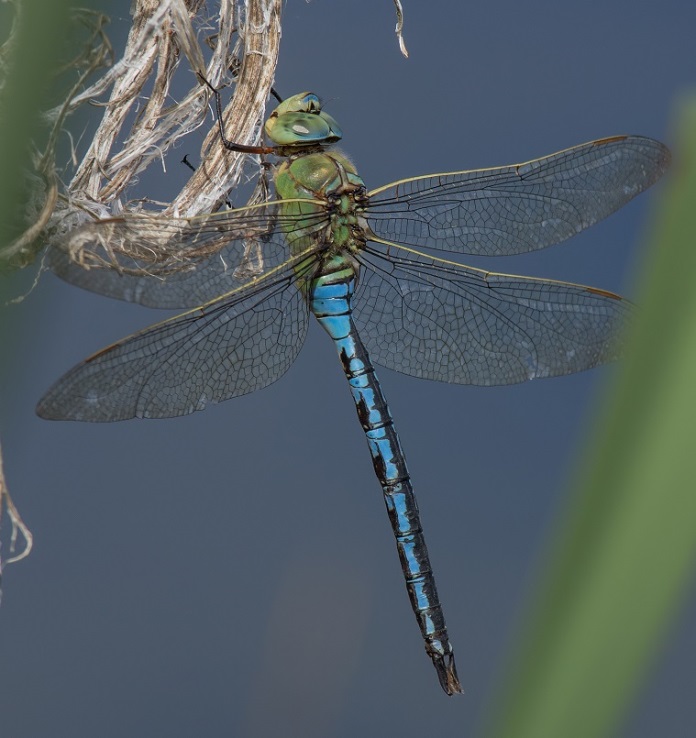 This is the largest dragonfly found in the UK and indeed Shropshire. Apart from a green segment 1, the abdomen is mostly bright blue with a distinctive broad black dorsal line running from segment 2-10. The thorax is apple green and has no antehumeral stripes or any noticeable side stripes. Just in front of the wings are 2 triangular blue spots. The wings are clear with a yellow costa and long narrow brown pterostigma. The eyes are blue green and the legs black apart from some reddish brown on the femur. 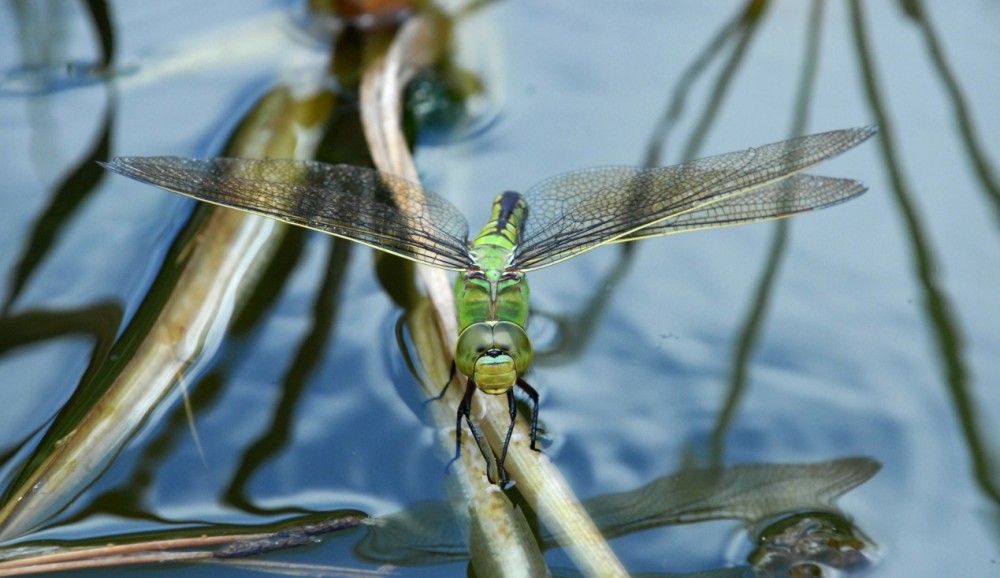 The body is dull green with a similar dark dorsal stripe extending along the abdomen. The eyes are green.

The coloration and markings distinguish this from all other Shropshire species though two migrant species may cause confusion. The Vagrant Emperor is extremely rare, but the Lesser Emperor is being recorded with increasing frequency though not yet in Shropshire. Both these species are smaller with reduced areas of blue on the abdomen and lacking the striking apple green thorax. See the relevant species pages for more details.

As the name suggests these large hawkers are top in the pecking order and the males will defend territory aggressively. The males are relentless fliers, only perching occasionally , and the male in flight is quite distinctive holding the abdomen bent slightly downward. Copulation takes place a short distance from the waters edge whilst perched on a shrub or tree. The female then oviposits alone into submerged vegetation.

Mostly found on well vegetated standing water habitats such as ponds, lakes, canals and large ditches, but also on slow flowing rivers. Known to be a pioneer species often seen at new ponds.

The earliest Shropshire record was made in 1979 at Radbrook, Shrewsbury. This was followed by a few sightings in the mid-late 1980’s made at a number of sites including Stirchley, Berrington Pool, Catherton Common and the River Severn downstream of the Borle Brook confluence. Butler (1982) stated this species ‘had been reported from the Bridgnorth area’ but this was clearly a rarity at that time. Fourteen years later Lockton et al. (1996) described Emperor Dragonfly as ‘scarce’ though noted that records had been made at a number of sites more recently in 1995. The situation has now changed in Shropshire and the database has well over 300 records, surpassing the 29 records at the time of the 1996 publication. Emperor Dragonfly is now regarded as ‘common’ in Shropshire and this is reflected in the recent national atlas (Cham et al., 2014) where analysis shows a significant increase in this species. The atlas highlights the ‘expansion into the north and west from low lying areas of England and South Wales’ attributing this to possible increasing temperatures. 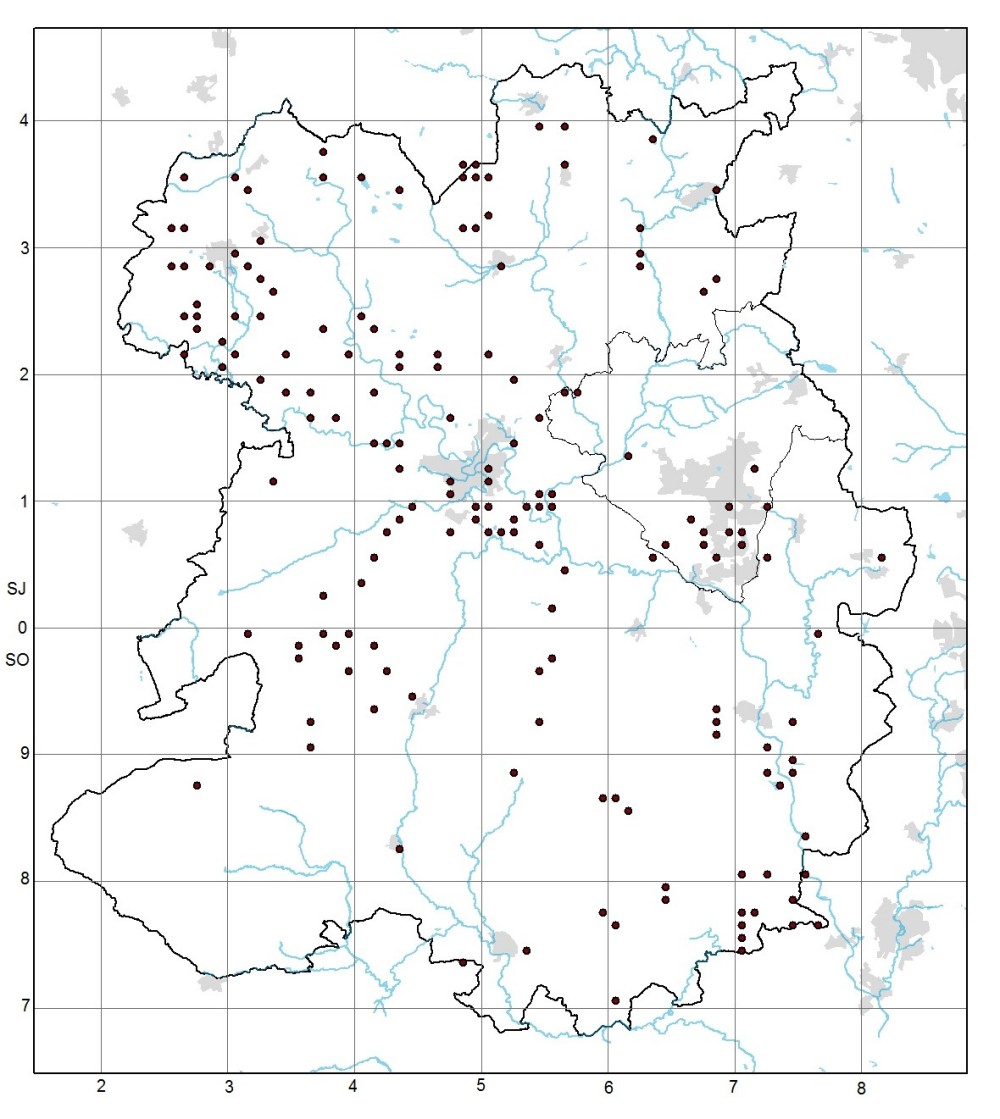 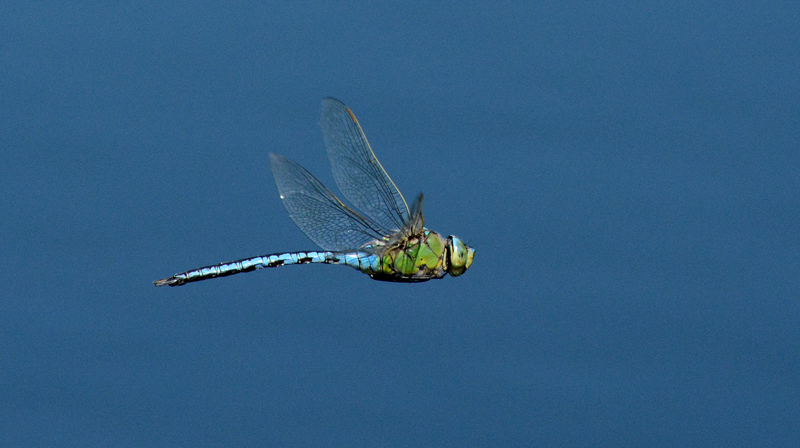