Mid May to mid August 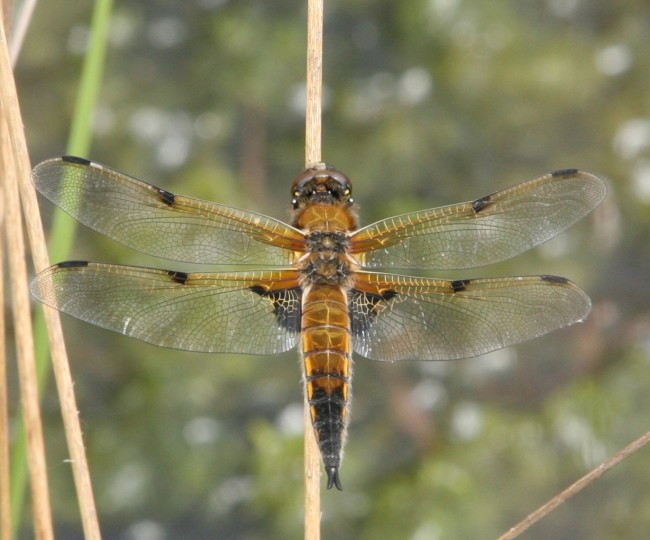 The body is brown (orange brown when immature). The abdomen is very stout at segment 2 and tapers to a narrow segment 10. The sides are yellow from segment 4-8 and the tip of the abdomen is black. The wing markings are diagnostic with 4 spots clearly visible at the nodes (mid points) of the wings. These are in addition to the dark pterostigma. The hind wings also have dark patches at the base – a feature characteristic of all chasers. An area of yellow also spreads across the front of the wing. Another form of this species called praenubila is quite commonly seen. Shown in the additional photographs below and in the female photograph, this form has more black at the nodes and an area of black extending from the pterostigma. The eyes are brown and the legs are black. 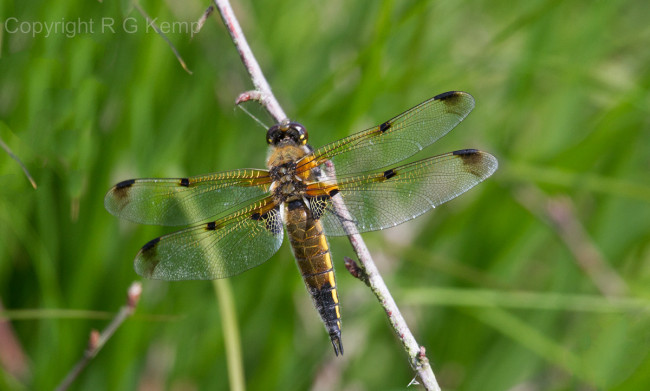 The female is virtually identical to the male and most easily distinguished by behaviour if ovipositing or copulating. Failing this, the absence of secondary genitalia will determine a female.

Skimmers are medium sized dragonflies, but have clear wings with no dark basal wing patches. The Broad-bodied Chaser and Scarce Chaser lack the 4 spots on the wings.

Males are fast and aggressive and will view their territory from a selected perch and fly out to chase off other males or to seek a female. Females are grabbed in mid- air and copulation takes place in flight in a matter of seconds. Females then oviposit alone but with the male in attendance to chase off intruding males. The female hovers over the water, usually where there is submerged aquatic vegetation and either dips her abdomen into the water or sometimes flicks the eggs into the water.

Found in a wide range of mostly standing water habitats including lakes, ponds and canals and thrives in acidic heathland ponds. Known to be a pioneer species at new sites.

Historic records date back to 1932 at Whixall Moss with a handful of further records at this site in the 1950’s. During the 1960’s and 70’s sightings were also made at Clarepool Moss, Brown Moss, Bettisfield Moss and Wildmoor Pool- all still recorded sites today. Described by Lockton et al., (1996) as local, this species is now common in Shropshire. The recent National Atlas (Cham et al., 2014) highlighted a significant increase in distribution and this has been seen in Shropshire, particularly toward the north and west of the county. Though found in a wide range of Shropshire standing waters numbers are highest at acidic heathland pools. 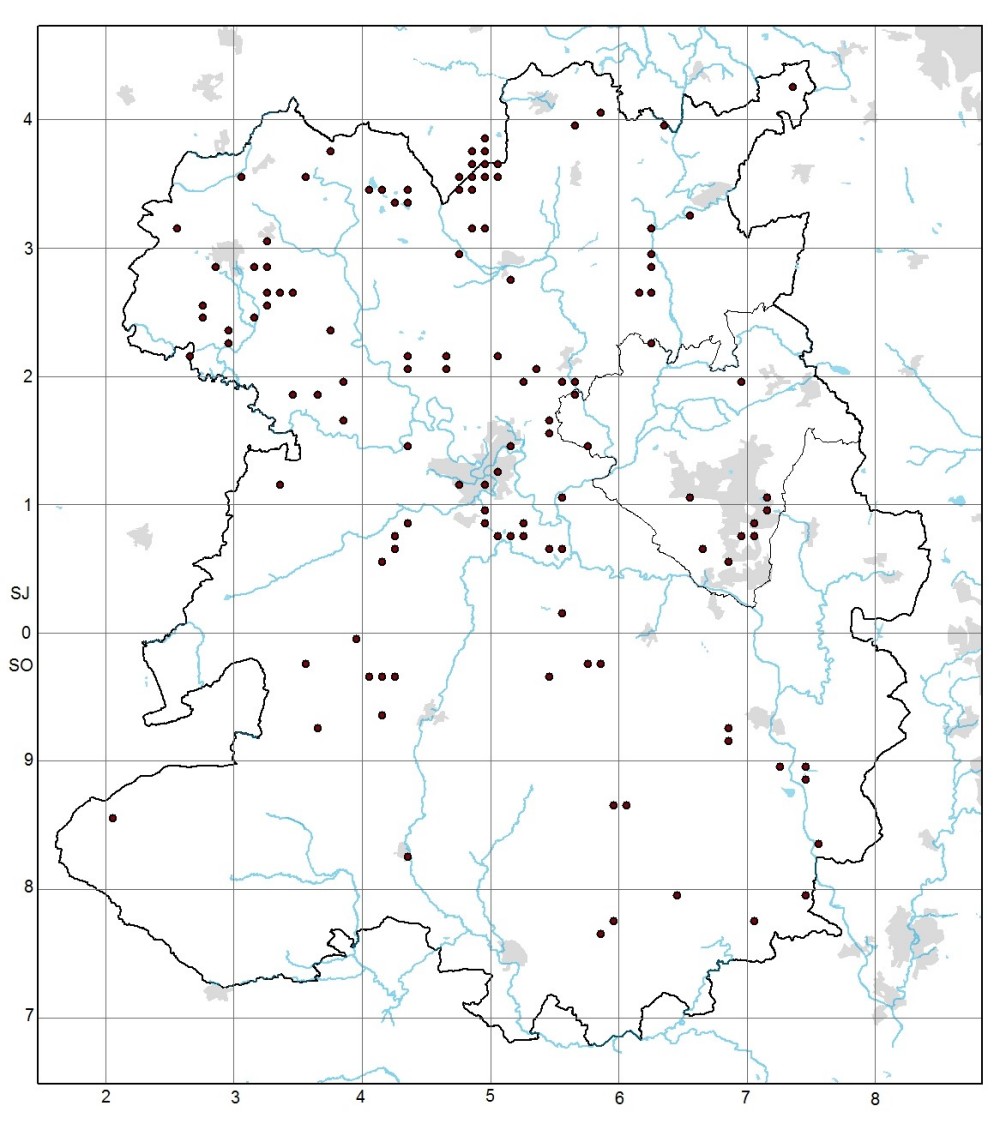 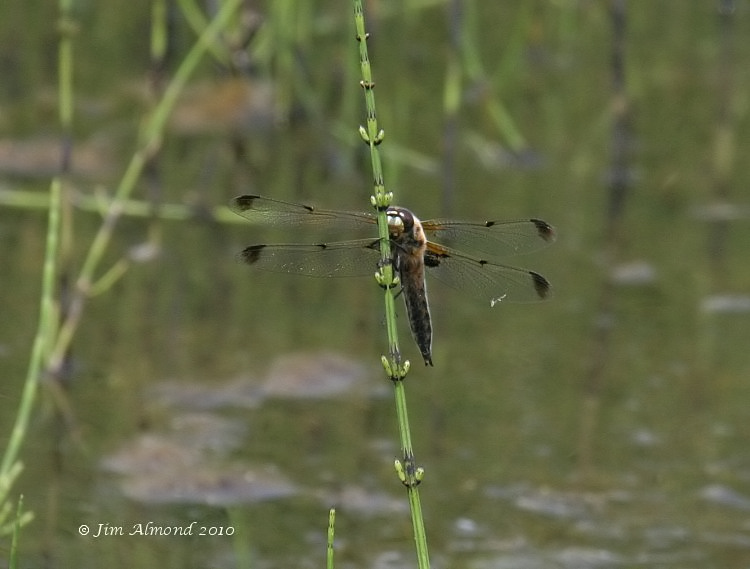