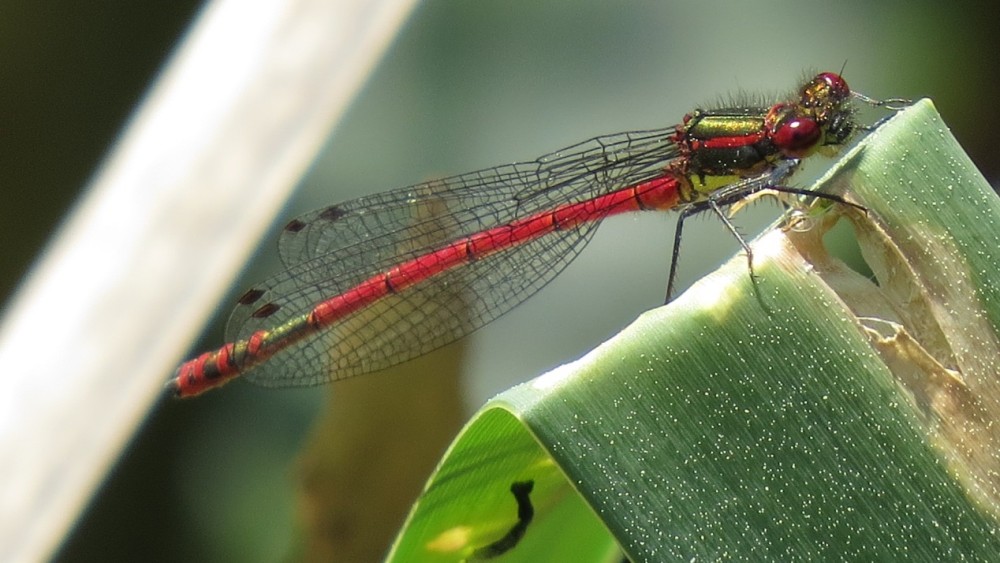 Quite a large damselfly. The body is deep red with black bands on segments 7-9. The thorax has a black top and black stripe on the side. Antehumeral stripes are red (yellow when immature) as are the eyes. Legs are black. Wings are clear with a black pterostigma. 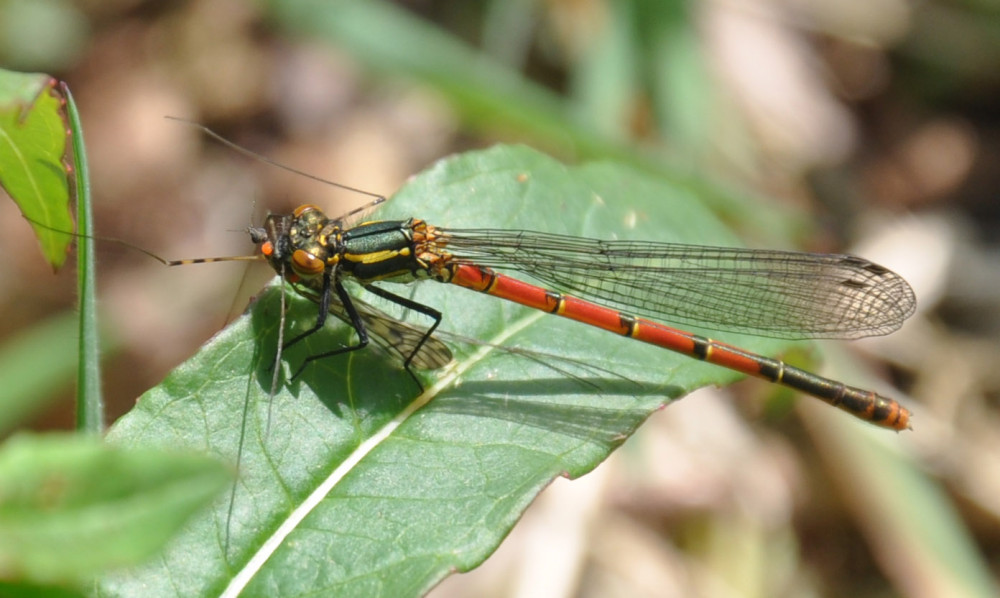 There are 3 colour forms. The most common form ‘typica’ is almost identical to the male except for more black on the abdominal segments especially segments 7-9. The second form ‘melanotum’ is almost all black apart from small areas of yellow and red between the segments. The antehumeral stripes are yellow. The third form ‘fulvipes’ is shown here and is very similar to ‘typica’ but has less black on segments 7-9 and between segments. The forms melanotum and typica are illustrated in additional photographs at the bottom of this page.

Males are territorial and will adopt a waterside perch from where they dash out to catch a passing insect or chase off another male. Oviposition takes place in tandem. The eggs are laid in submerged vegetation and when they hatch, the larvae feed during the summer months. Once the larvae reach the final developmental stage they enter diapause (a resting stage) until the following spring. This allows all individuals to reach the same stage and then emerge on mass the following spring. This species is usually the earliest damselfly to be recorded in late April.

Can be found at canals, ponds, ditches, acid bogs and wetlands in general with the exception of fast flowing water.

The earliest recorded sighting was made at Willey Pools (near Shirlett) in 1917. A few records were then made at Whixall Moss from 1930-1960 after which the record number and site diversity increased. These records came from across Shropshire including Wem in the north, Catherton Common in the south, Pontesbury in the west and Chorley in the east. Described by Lockton et al. (1996) as ‘common’ this remains the case and recent records come from numerous water bodies across the county. Lockton et al. (1996) also highlighted a concentration of this species around the canals and meres of the north. The current distribution map does still reflect such a bias to the north which may well result from increased recording in a broader range of accessible lowland sites. There is also far greater coverage of this species across the county since the 1996 publication, most likely due to increased recorder effort. 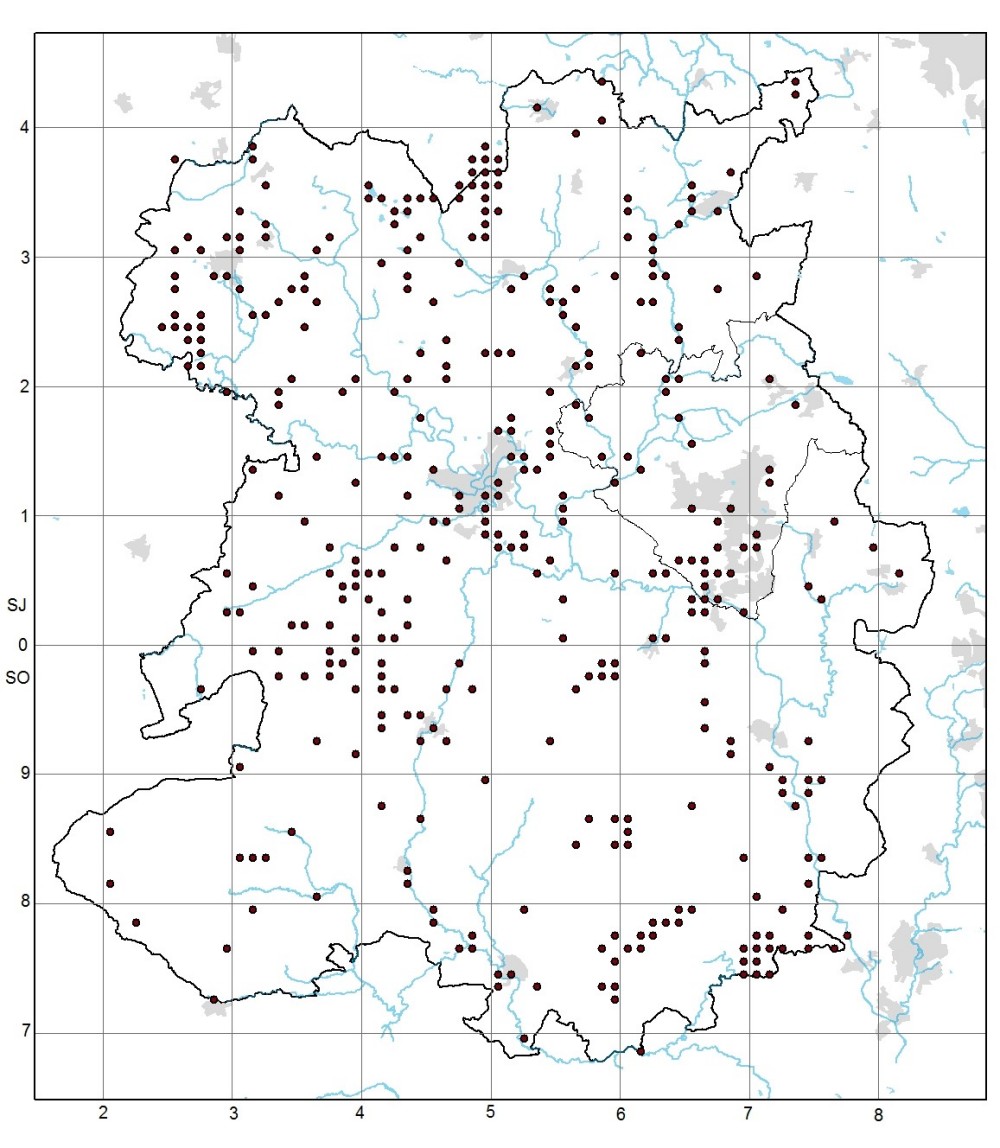 Numerous still and slow flowing water bodies across the county such as the Dudmaston Estate, Whixall Moss, Wildmoor Pool, Montgomery Canal and the Wyre Forest. 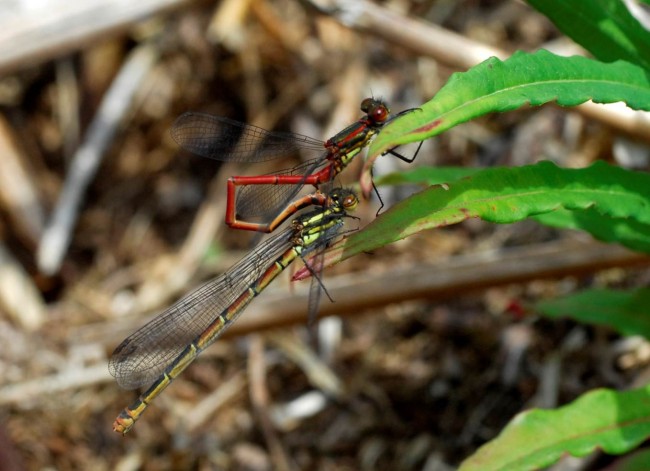 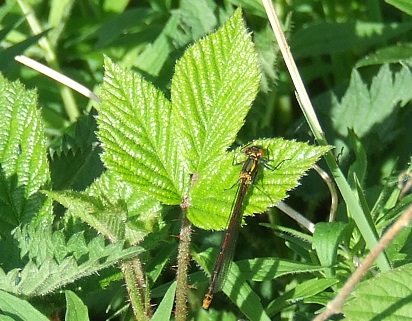