common in the south; regular migrant

Mid July until end of October 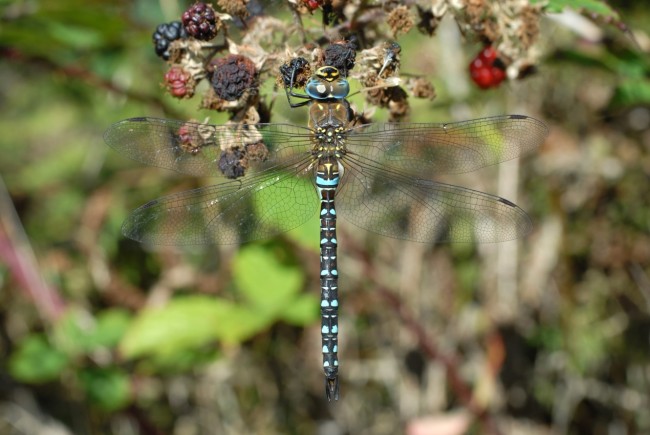 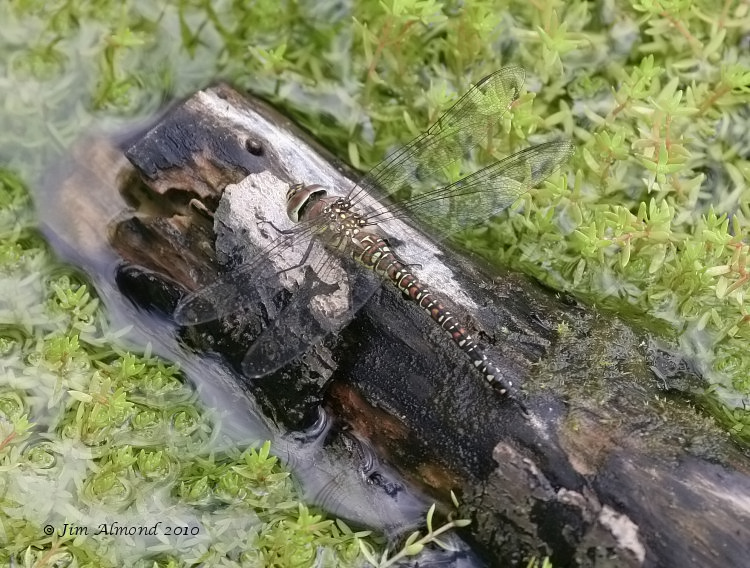 The abdomen is brown with paired yellow spots that are smaller than those on the male. The female also has the striking yellow ‘golf-tee’shape on segment 2. The antehumeral stripes are very reduced or absent though 2 prominent broad yellow side stripes are present on the thorax. The eyes are greenish brown and the wings can be slightly tinted.

This smaller hawker could potentially be confused with Hairy Dragonfly, though the latter is rare in Shropshire and emerges early in the year flying for a relatively short flight period. Overlap is therefore unlikely as the Migrant Hawker emerges far later from August onwards. Common Hawker is similar though has a yellow costa and narrow but complete antehumeral stripes. Common Hawker is also typically found in acidic waters. Southern Hawker may be seen in similar habitat to Migrant Hawker though broad antehumeral stripes and continuous bands of colour on abdominal segments 9 and 10 easily distinguish the Southern Hawker.

This smaller hawker can be found flying along hedgerows and wood edges, sometimes in large numbers. Males are territorial though not aggressively so and individuals can even be seen basking together. Males fly low over waterside vegetation in search of females. When a female is found they usually pair in flight and then settle in waterside vegetation where copulation takes place and lasts for a considerable time. The female usually oviposits alone into emergent plant stems such as bulrush, often above the water line.

First recorded in 1979 surprisingly in Ashes Hollow on the Long Mynd. A few records then began to sporadically appear in the 1980’s at Berrington Pool, Wyre Forest, Dudmaston, Whixall Moss and on the River Severn at Bridgnorth. Sightings then picked up in the 1990’s though this species was still regarded locally as scarce (Lockton et al., 1996). The situation has now changed dramatically and following a national range expansion both north and westwards (Cham et al., 2014) Migrant Hawker is now common in Shropshire with a good distribution extending from the centre to the northwest of the county. Records are fewer in the southwest though recorder effort is also lower in this region. Exuvial records have been made at 5 different breeding sights though numerous records of ovipositing and copulating indicate breeding is far more widespread. 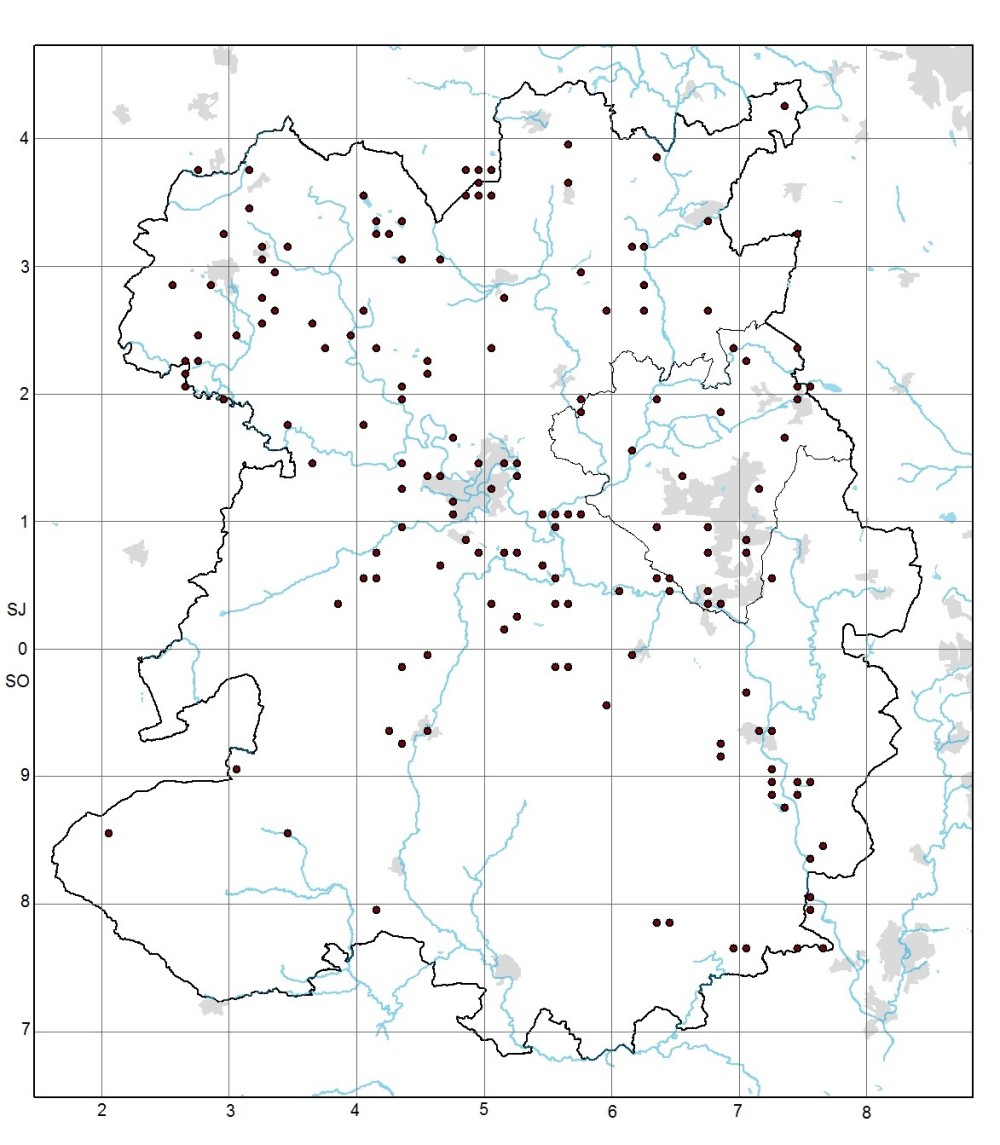 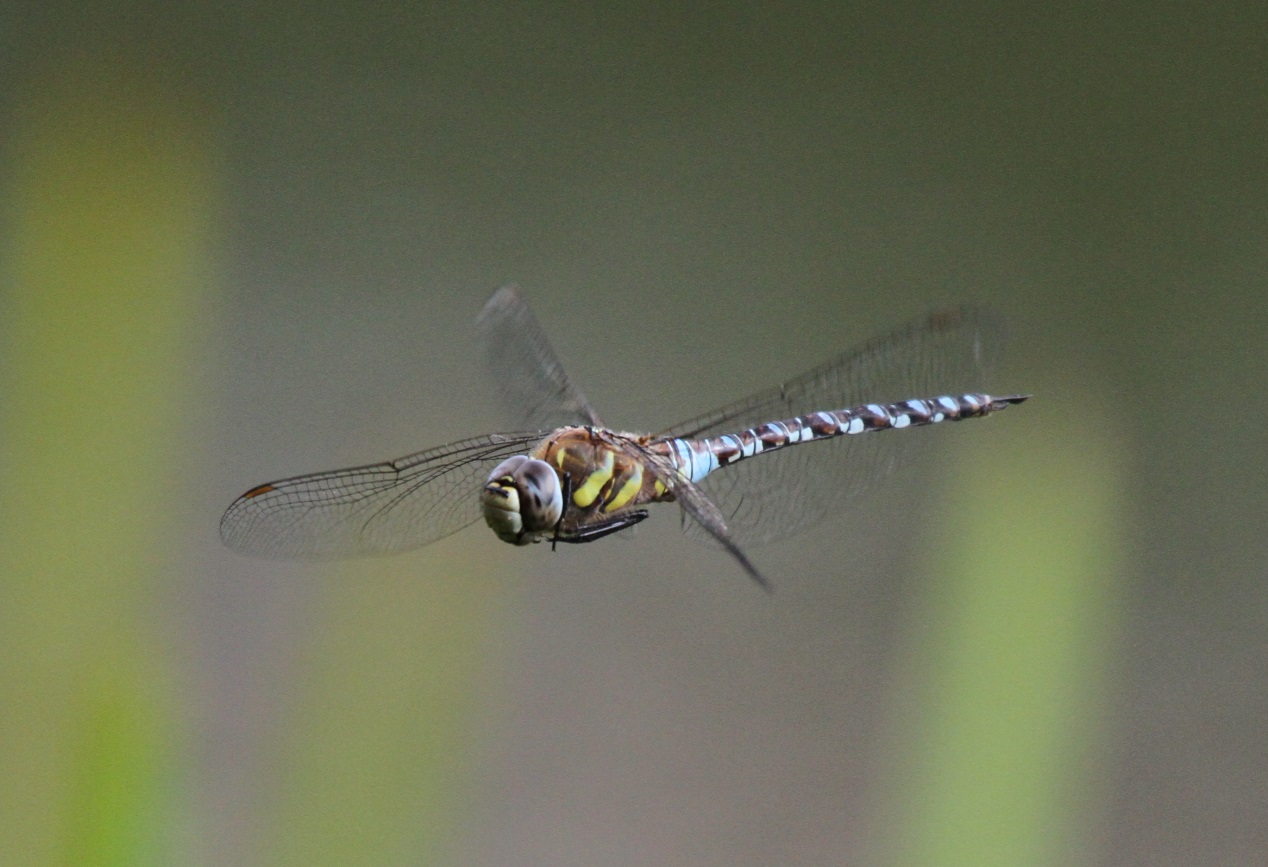