Not applicable as only 1 record ever made in November 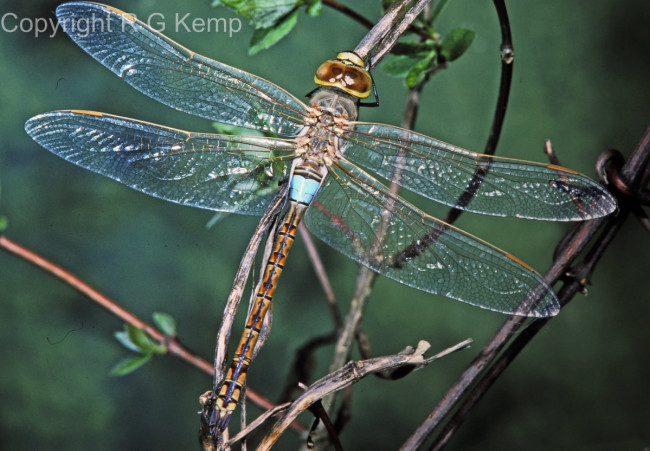 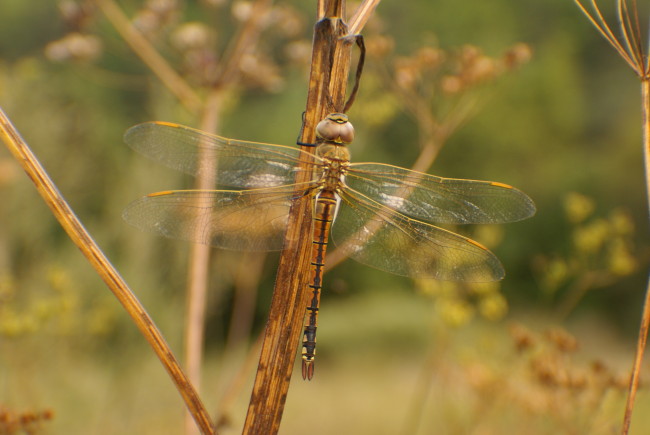 No breeding populations in Shropshire.

Only 1 record of this species has ever been made in Shropshire at Muxton Marsh near Telford on 23rd November, 2013. During 2013 similar extraordinary sightings of this rare migrant species were made in a number of areas in Wales, Ireland and England, and indeed ovipositing females were observed in Devon. 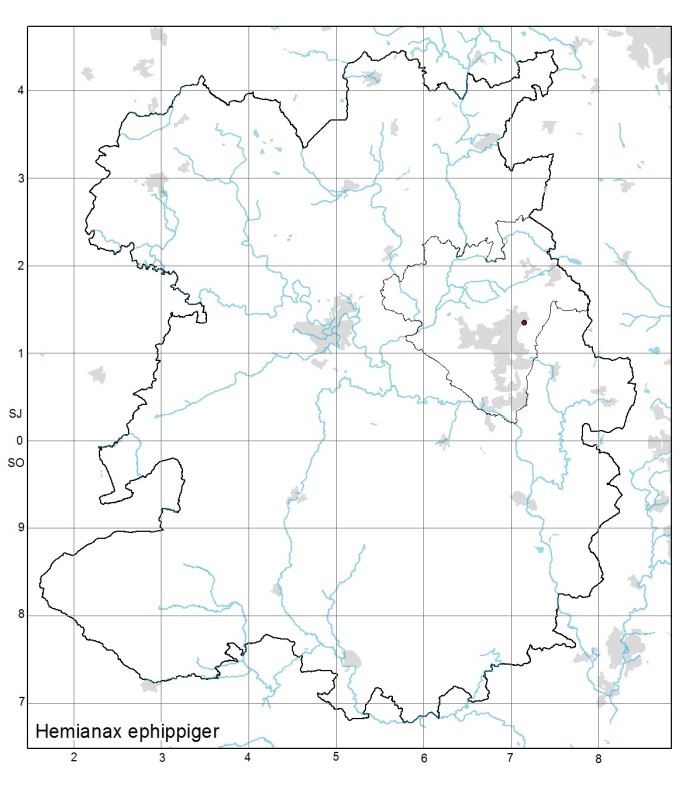 These rare migrants are usually found following strong southerly winds that carry these insects northwards from Africa. Migrations are more typically into southern Europe or occasionally the south coast of the UK. Occasionally individuals may be found in moth traps attracted to the light. 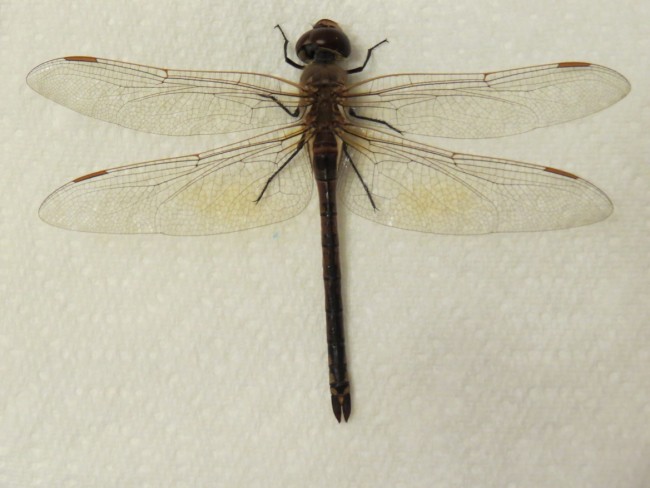 Deceased female – the only specimen found to date in Shropshire. Photograph © G. Hiatt 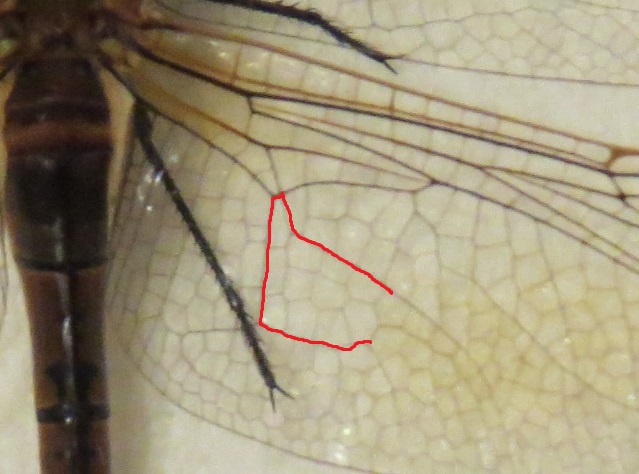