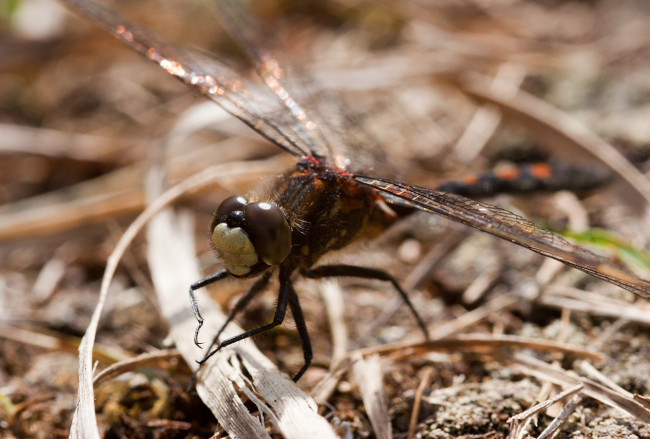 The distinctive feature of this species is the white frons. The abdomen and thorax are mainly black (see additional photographs also). The abdomen is slightly waisted at segment 3 and has red markings on segments 1-7 and at the articulations of segments 8-10. The thorax has 2 red side stripes and red antehumeral stripes. Between the wings are also several red spots. The wings are clear apart from brown marks at the bases. The pterostigma are dark brown and unusually broad and rounded. The eyes are dark and the legs are black. Immature males have yellow markings which become red with maturity and then darken as the insect ages. 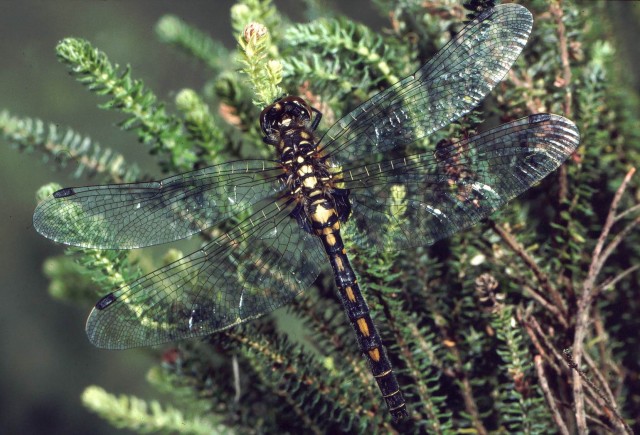 The female also has the distinctive white frons and is stouter with a parallel sided abdomen. The body markings are almost identical to the male, but are yellow and slightly larger than on the male. Again this colour darkens with age and may even redden.

Black Darter may be found in similar habitat though the flight season is later in the summer. Black Darters do not have the distinctive white frons. Mature males are mostly black with a distinctive 3 spot pattern on the side of the thorax. Female and immature male black darters both have a distinctive black triangle present on the top of the thorax, not antehumeral stripes.

Males occupy small territories and are not really aggressive, only leaving their perch to investigate rather than engage in battle. Their flight is rapid, erratic and low over the water. They can be found perched either amongst bogside vegetation or on bare ground. Females tend to keep away from water unless ovipositing and perch in nearby trees, bushes or other vegetation. Males couple with females and adopt the mating wheel position before retiring to nearby vegetation or onto bare ground where copulation takes place. On completion the female oviposits alone amongst the floating sphagnum or other such aquatic plant while the male remains in close attendance.

Bog pools on mosses and moors where sphagnum is plentiful.

Listed as Endangered due to an observed decline in the UK and the fact it has a northerly severely fragmented population. Shropshire is therefore of great importance and though records exist at Wem Moss (1980) and Clarepool Moss (1963), the only Shropshire site where White-faced Darter is currently recorded is Whixall Moss. Records at this site date from 1932 to the present day. The thriving population at Whixall Moss is well recorded and in 2013, 100 exuviae were recorded in one record alone. This species is poor at dispersing and recently numbers of larvae from Whixall Moss have been moved to a site in Delamere Forest, Cheshire as part of a reintroduction programme. A very unusual and presumably ‘one off’ sighting was made in May 2020 in a garden in Woore, NE Shropshire. 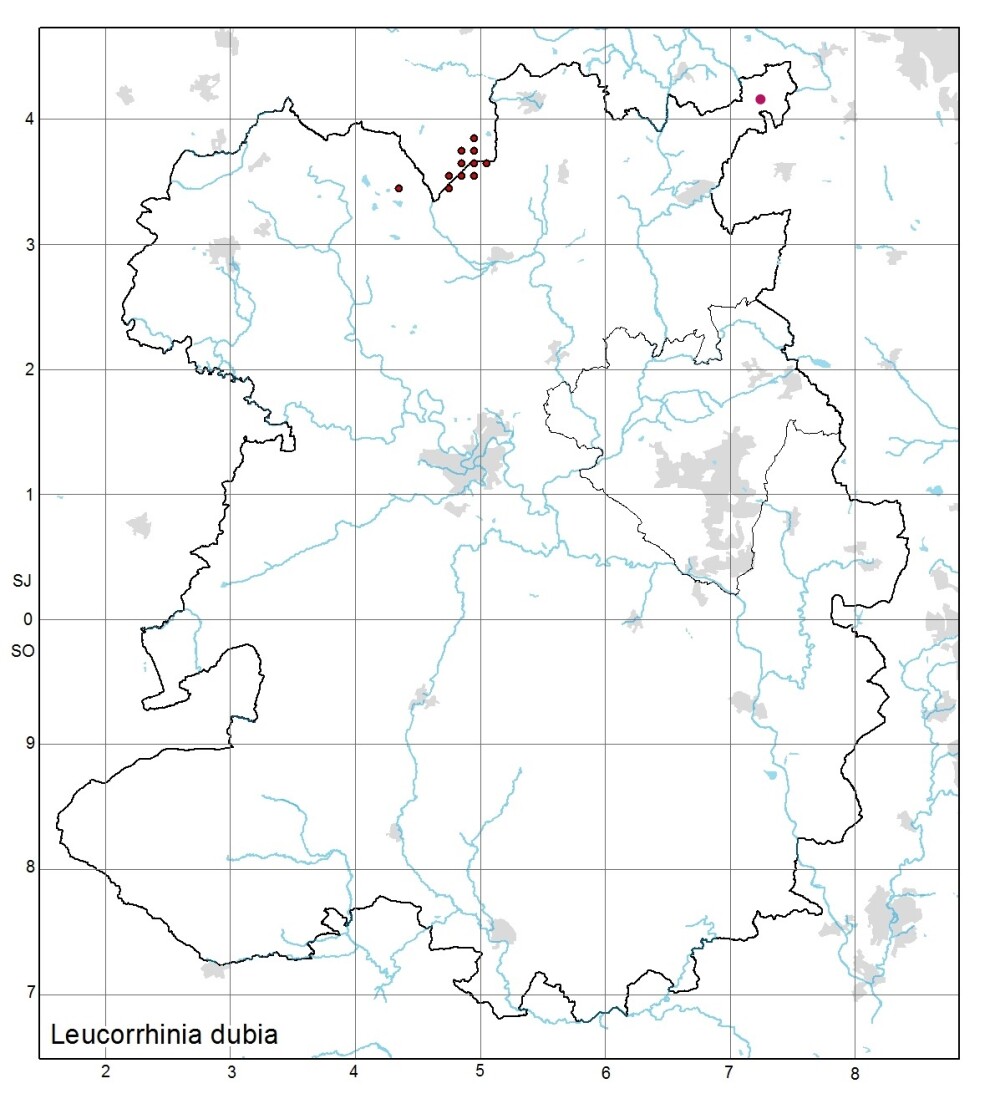 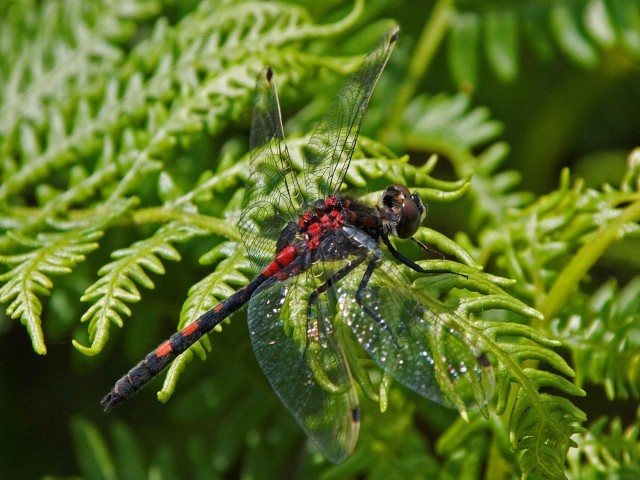