The adult maiden flight is usually only a few metres from the emergence site in order to get away from territorial, sexually active males and to feed unhindered and mature. Maturity can take a few days or weeks depending upon the species and the environmental conditions such as temperature. Immature or teneral males and females have a similar pale coloured appearance, but over time the mature body colouration is assumed.

Once mature the adults find a suitable breeding site where they continue to feed and aim to mate. Dragonflies are carnivorous and devour flies, butterflies and bees and even each other. Their main food source however is gnats, mosquitoes, wasps and moths. Prey is either caught in the air or picked from vegetation in passing. The way in which the legs are attached to the thorax means dragonflies are ideally suited to catching prey in flight though as a result it is impossible for dragonflies to walk. Prey is held secure with the aid of stiff bristles on the legs and is pushed forward to be devoured using powerful mandibles. Capture of prey is also facilitated by excellent vision even when compared to other insects. Large compound eyes allow dragonflies to see objects in front, to the sides and behind them! These voracious predators consume about 20% of their own body weight in prey everyday (Brooks & Cham, 2014). 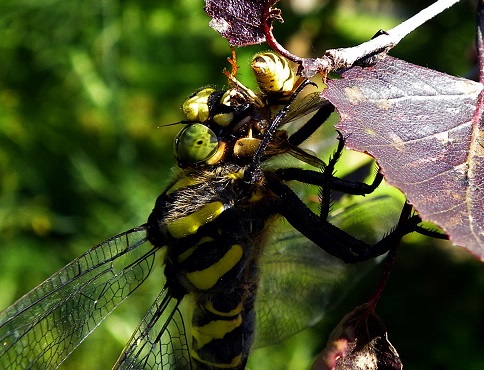 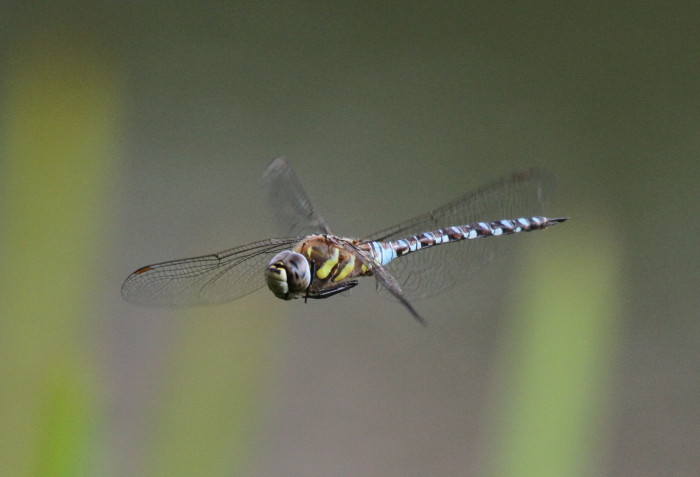 Extremely manoeuvrable and powerful wings also add to their predatory armoury with strong flight muscles enabling the wings to beat at 30 beats per second. They can fly forwards, sideways and backwards with some of the larger Hawker dragonflies achieving a speed of 36kph. Damselfly wings are generally narrow except for the Demoiselles and do not have the same manoeuvrability as dragonflies or the same speed more typically achieving a maximum of 10kph (Brooks & Cham, 2014).
Adult dragonflies are generally seen on the wing between mid morning and mid afternoon, when temperatures are at their highest. Flight can only commence once the flight muscles in the thorax have warmed to a temperature at which they can operate. Hawker dragonflies however are able to vibrate their wings and so generate heat in the flight muscles enabling them to fly when the weather is cooler. During cold, wet and cloudy conditions dragonflies generally hide amongst the vegetation.

Some dragonfly species are very territorial which leads to some truly stunning flight displays as these areas are defended. Males mature faster than females and arrive at the breeding site first in order to establish a territory. Any intrusion by a similar species will be met with an attack and the offender is driven away. The size of a dragonfly territory is species dependent though damselflies tend to have smaller territories whilst the larger dragonflies may defend a territory several metres in length. 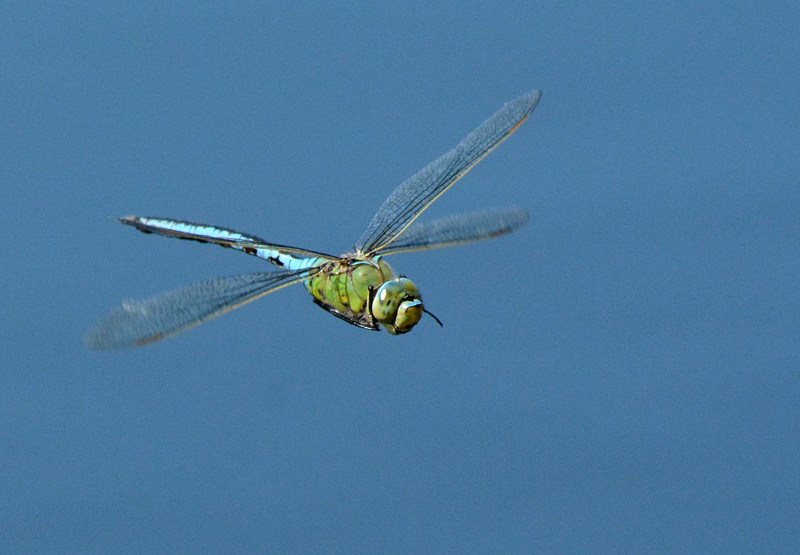 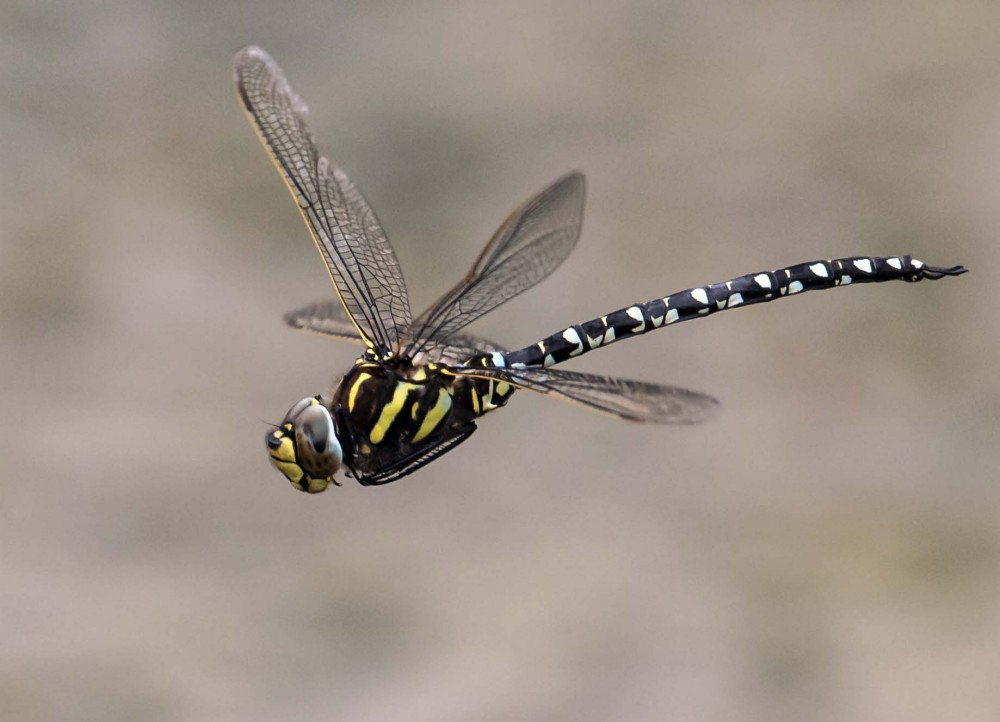 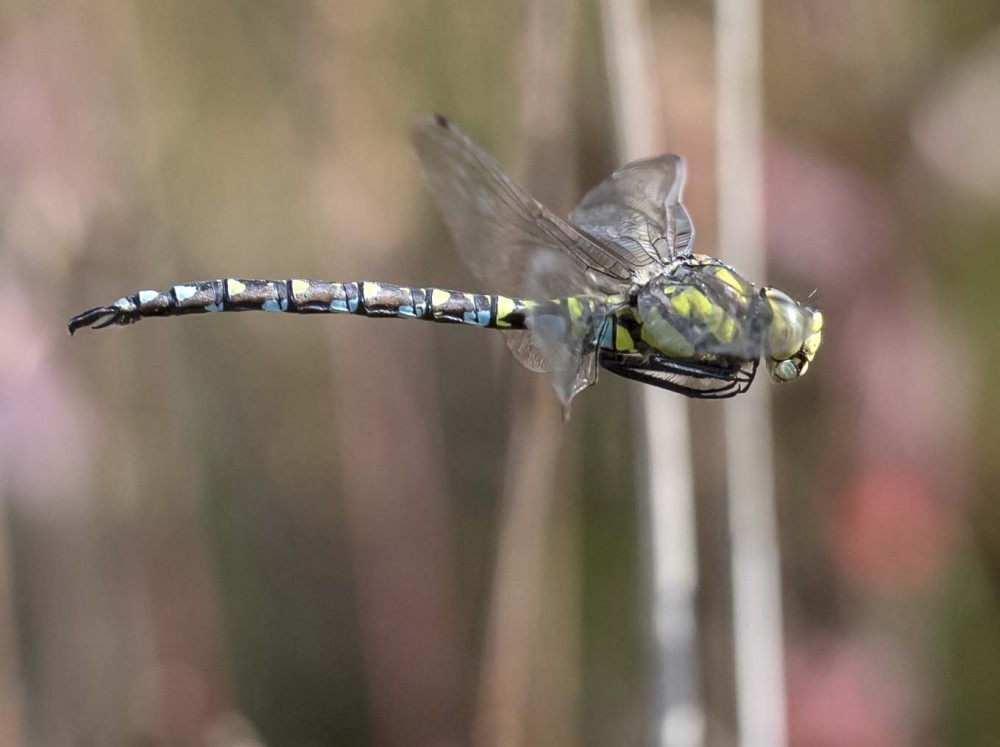 The whole purpose of this active yet brief adult hood is to find a mate (or many!) and reproduce. Males recognise females by characteristic markings and flight behaviour. The Banded and Beautiful Demoiselles even perform an elaborate courtship display with the males perched on a convenient reed, flapping their iridescent metallic coloured wings to attract a female. Mating can take place in the air, amongst reeds and even in the tree tops according to species. Prior to mating the male moves a packet of sperm from the primary genitalia below the eighth abdominal segment to the secondary genitalia situated below the second abdominal segment. The male then seizes the female by the head (or pronotum in damselflies) using his anal appendages which act as claspers. This is called the tandem position. Certain projections, ridges and furrows on the females head or pronotum help guide the male’s claspers to secure their hold. Such specialised structures make it nearly impossible to have hybridisation amongst the different species of dragonflies. 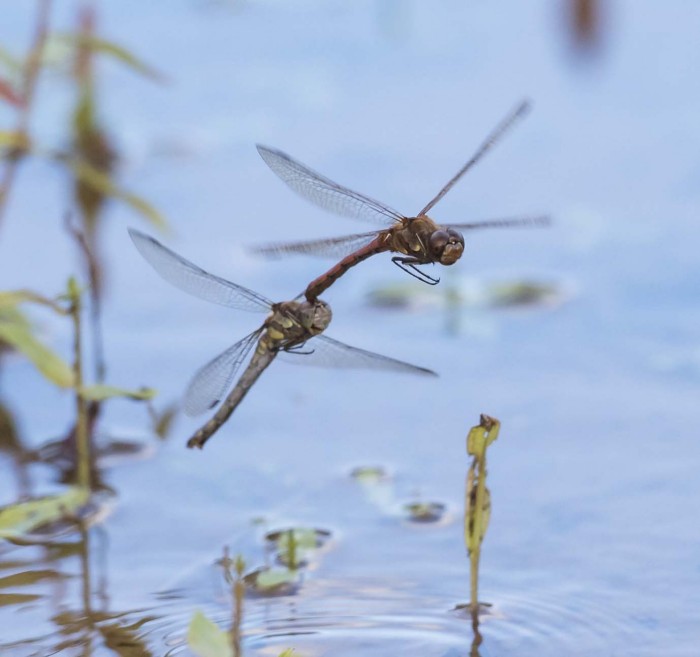 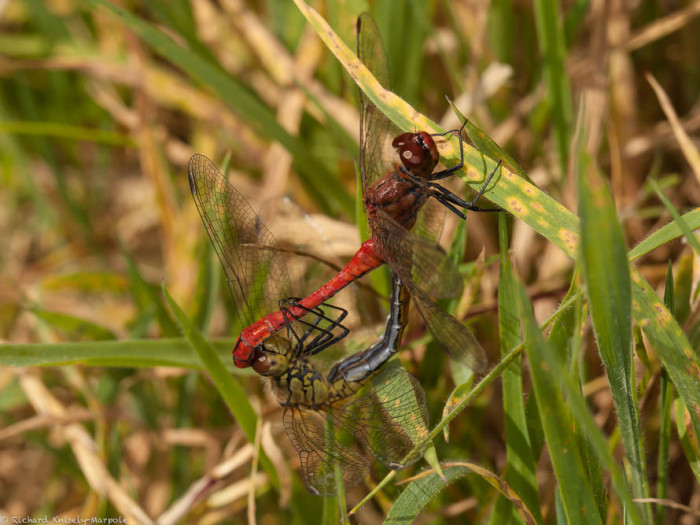 Once securely held by the male, the female curves her abdomen round so that the pairing apparatus beneath the eighth segment can make contact with the males secondary genitalia. This is called the wheel position. Often the female holds on to the male’s abdomen with her legs. In certain species this can cause the blue pruinescence to be rubbed off the male abdomen leaving darker patches of colour that indicate the individual has mated. The period of time the wheel position is held is species dependent lasting anything from a few seconds to several hours. 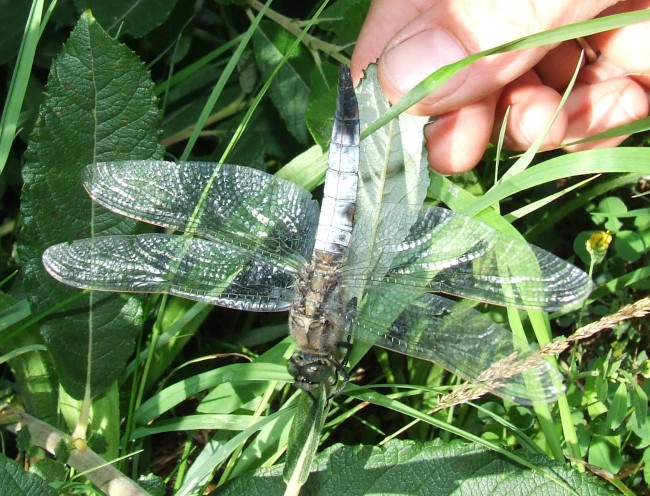 Black-tailed Skimmer male showing black areas of abdomen where blue pruinescence has been rubbed away.

Ovipositing will then take place either alone or in tandem in habitat specific to the species. Competition for females is intense and in those species that separate before ovipositing it is possible for another male to mate with the female. The second male removes the previous males sperm and replaces it with his own. Lone females often oviposit covertly or outside peak activity periods at the waterbody to avoid unwanted male attention.

Adult dragonfly lives are relatively short lasting often only a few weeks, but some may live for up to 60 days. Mortality occurs at all stages of the lifecycle with emergence being a time of great vulnerability to predation. Adult dragonflies are preyed upon by fish, frogs and birds especially the Hobby. They also often become ensnared in spider’s webs and carnivorous plants such as the Sundews. Early deaths may also be caused by parasites. Parasitic mites found on the thorax, leg joints or wing veins destroy the epidermis and can weaken the host if heavily infected. 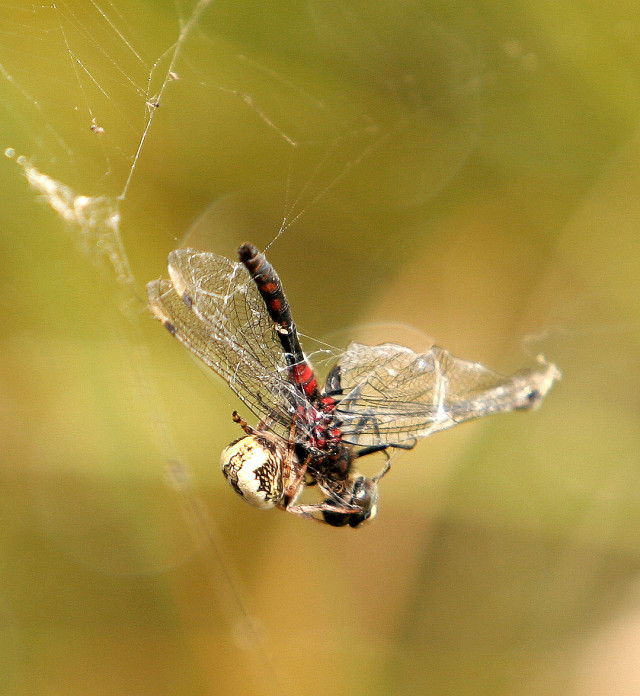 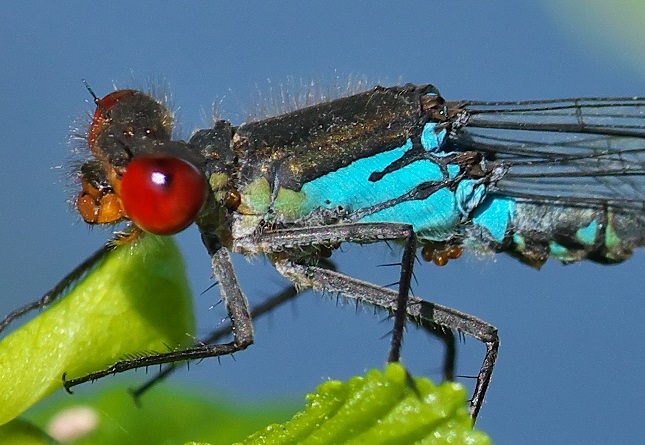