common and widespread in the lowlands

Mid May until September 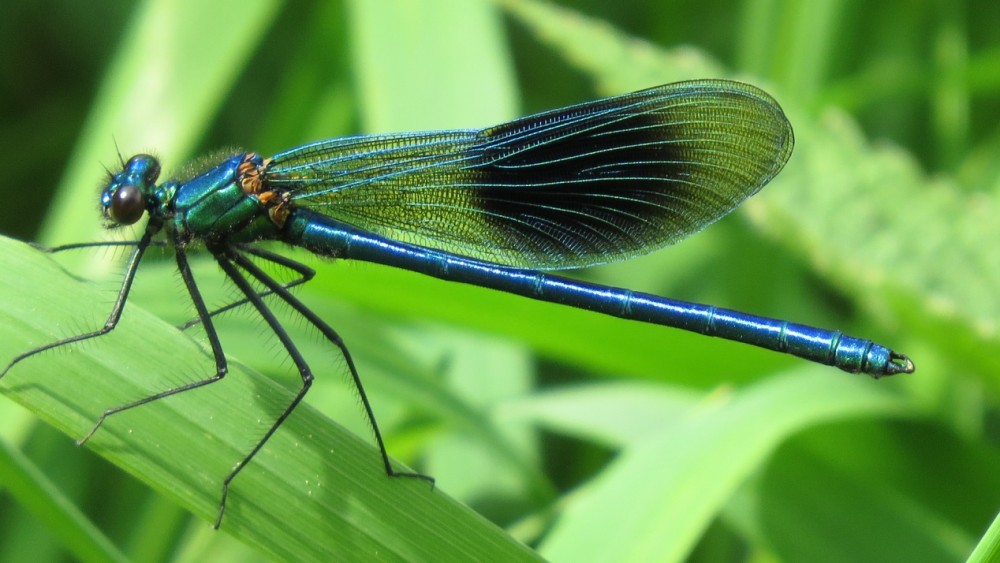 The body is metallic blue–green with a yellow or white ‘tail light’ on the underside of segments 8-10. Across each wing is a distinctive dark blue-black band. The wings do not have a pterostigma. 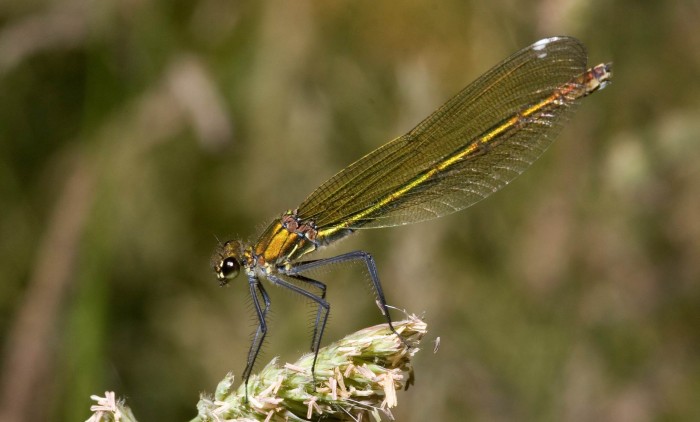 The body is metallic green with a bronze tip to the abdomen. The wings are clear with a hint of green and have a white pseudopterostigma or false wing spot (so called as the colour is not restricted to 1 thickened cell).

Large damselfly with a distinctive fluttery flight. Sexually mature males perch on emergent vegetation defending a small territory around a suitable oviposition site. From here they display by flapping their metallic wings to attract a female. Males can also bend the tip of their abdomen to present the ‘tail light’ to females as part of courtship and may also throw themselves onto the water. If competition for territories is intense, males will simply perch on vegetation and try and intercept arriving or ovipositing females. Sometimes large numbers of males can be seen adopting this strategy. After copulation the female lays her eggs into emergent plant material while the male remains on guard nearby.

Generally confined to slow flowing rivers and streams with muddy bottoms but can also be found on canals and ponds or lakes close to rivers. Good emergent vegetation is important and this species can often be found perched on open banks and flying in nearby meadows.

Historic records date back as far as 1900 with a sighting at Dowles Brook in the Wyre Forest. The first half of the 20th century also saw sightings at Mor Brook near Bridgnorth, the River Severn at Cressage, Nobold, Coalport and Shrewsbury Canal at Uffington. From the 1970s onwards records become increasingly numerous and widespread. Butler (1982) described this species as being ‘on most of the rivers, streams and canals where it can be seen in large numbers.’ Fourteen years later Lockton et al. (1996) described Banded Demoiselle as ‘common’ with a distribution concentrated mainly on the lowland rivers of Shropshire, and noting many recorded sightings of adults on lowland neighbouring still water sites. The situation is largely the same to this day with this common species being recorded frequently in large numbers. The only noticeable changes in distribution are an infilling throughout the county with more records of this species in a greater number of waterbodies, and a noticeable increase in records in the north of the county. These changes are reflected in the new national atlas (Cham et al., 2014) where infilling throughout southern and central England is attributed to possible improvements in water quality and increased recorder effort, and an increase in more northerly sightings attributed to warmer temperatures. 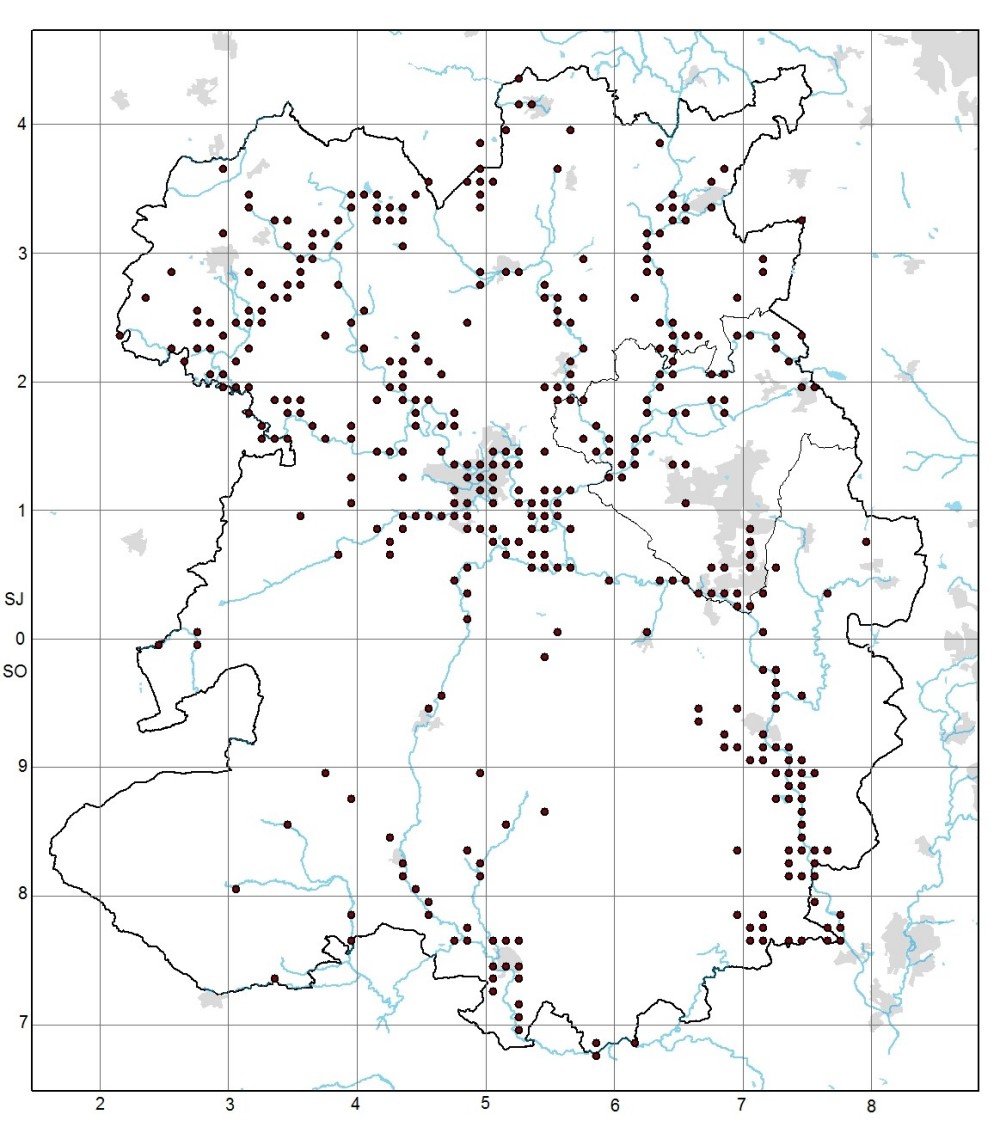 Frequently recorded on numerous lowland rivers, streams and canals in Shropshire. Records are particularly numerous from the Rivers Tern, Teme, Perry, Roden and Severn and the Montgomery, Llangollen and Shropshire Union Canals. Also recorded on the Rea Brook in the heart of Shrewsbury and at the Wyre Forest where records were first made.