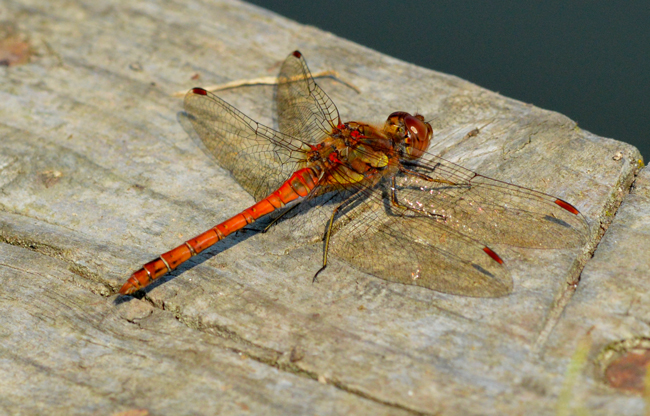 The abdomen is orange-red (often appearing washed-out) and only slightly waisted with black mid dorsal lines on segments 8-9. The thorax is brown on top with 2 poorly defined pale antehumeral stripes. The thorax sides are red with 2 thick yellow stripes. The eyes are brown and the legs are black with a clear yellow stripe . The frons area does not have a black line extending down the sides. The wings are clear apart from a small area of yellow at the base and the pterostigma are yellow or red brown. Immature males are yellow. 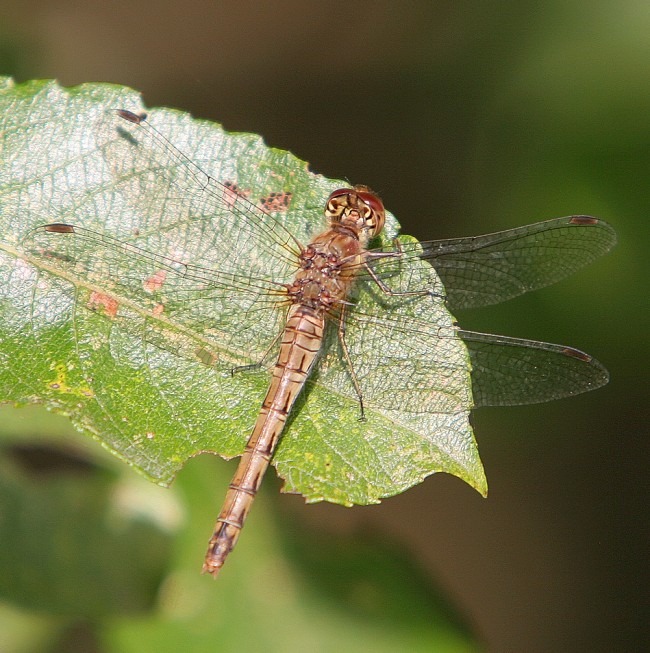 The abdomen is yellow-brown and has parallel sides with black mid-dorsal lines on segments 8-9. The top of the thorax is brown with poorly defined antehumeral stripes and 2 yellow stripes on the sides. The vulvar scale can be seen projecting from underside of segment 9. As with males, the frons area does not have a black line extending down the sides. Immature females are yellow and ageing females become dull in colour.

This species is able to tolerate cooler conditions when it is often seen basking on rocks or the bare ground. It is therefore no surprise that this is usually the last species on the wing each year. Males are territorial and often seen perched on a prominent piece of vegetation from where they dash out to investigate and confront other males. Males will seize females in flight and adopt the mating wheel position. They fly into vegetation where copulation takes place before flying in tandem to the oviposition site. The male controls the dipping movements as the female releases eggs into the water. Sometimes females will oviposit alone with the male in close attendance.

Found in a wide range of habitats such as ponds, lakes, canals, ditches and slow flowing rivers. This is one of the most common dragonflies and is seen on most suitable waters and also well away from water.

Historic records date back to 1902 at Clarepool Moss followed by sightings at Ellesmere (1912) and 2 records near Bridgnorth (1915). Records became more numerous in the 1970’s with sightings at Whixall, Betton and Brown Mosses and Coalport Canal. As the name suggests, this species was described as common by both Butler (1982) and Lockton et al., (1996) and this very much remains the case today. Since the latter publication records have infilled large areas of central and northern Shropshire and have spread into the south west of the county. Lockton et al., (1996) stated this species was rare on higher ground which is no longer the case with records at Wildmoor Pool, Catherton Common and on the Stiperstones. The recent National Atlas (Cham et al., 2014) highlighted the range expansion into upland areas of England and Wales potentially linking it to climate change and possible milder winters. 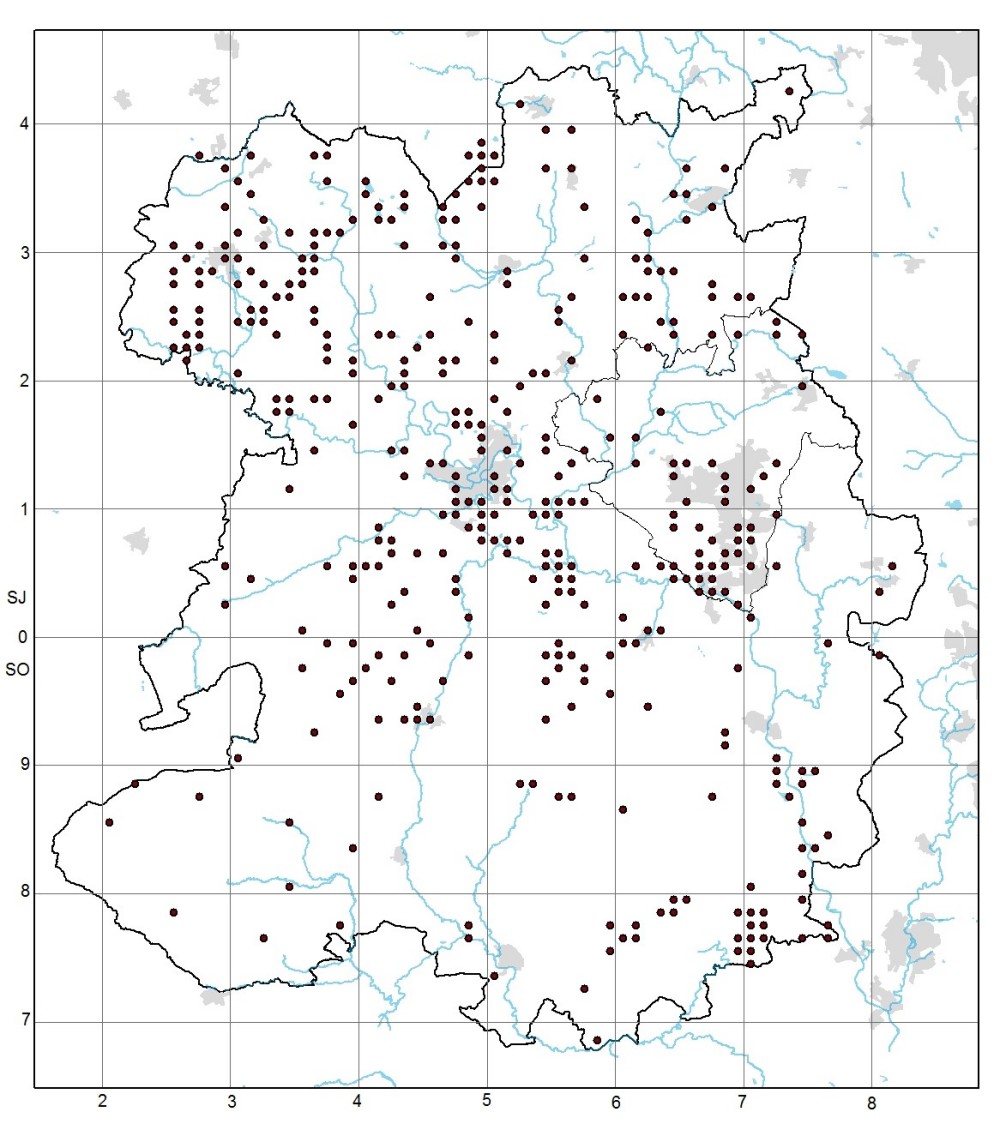 Numerous ponds and lakes across the county and sightings are regularly made at canals (in particular the Shropshire Union and Montgomery Canals) and rivers namely the Perry, Morda, Roden, Tern and Severn. 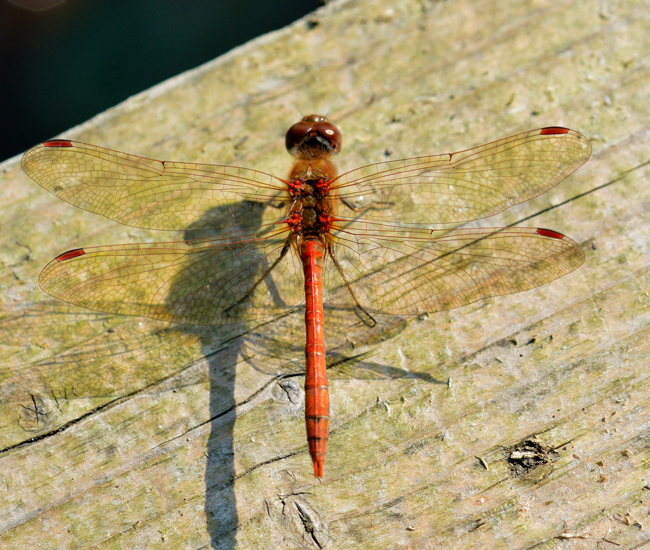 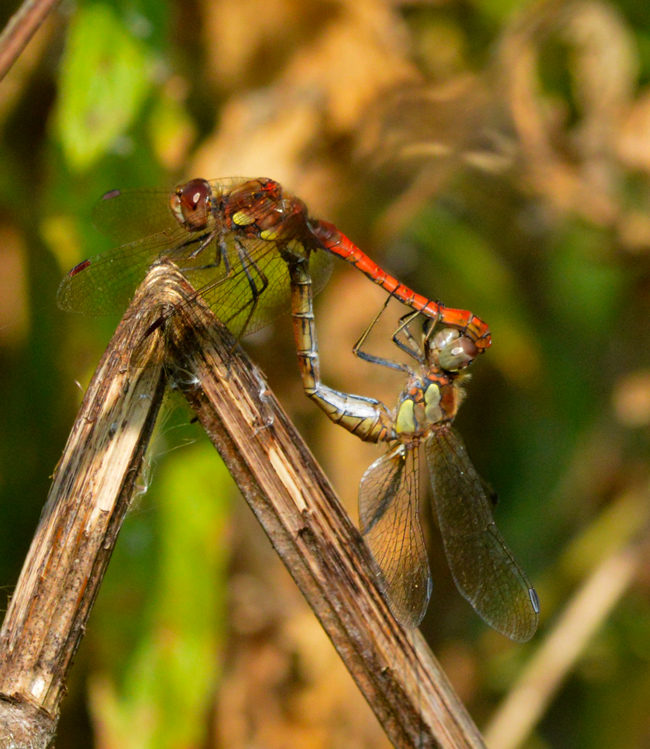