Mid May until early July 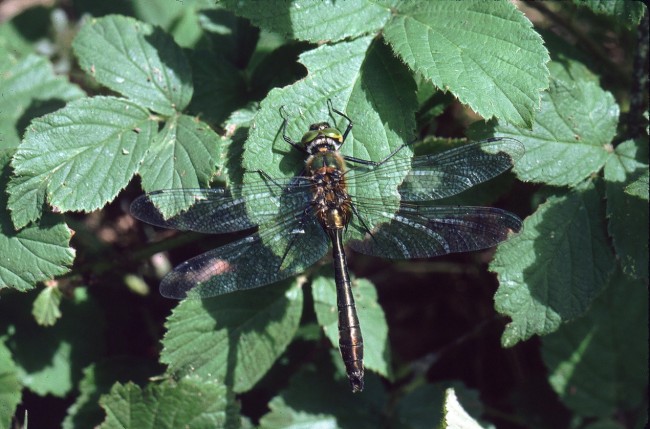 The abdomen is dark metallic greenish bronze and is waisted from segment 3 and then expands to be club shaped at segment 7-8. The thorax is more of a shining metallic green and is coated in down. The eyes are bright green and legs are black. The wings are clear with saffron colour at the base and brown pterostigma. The base of the hindwing is angular. 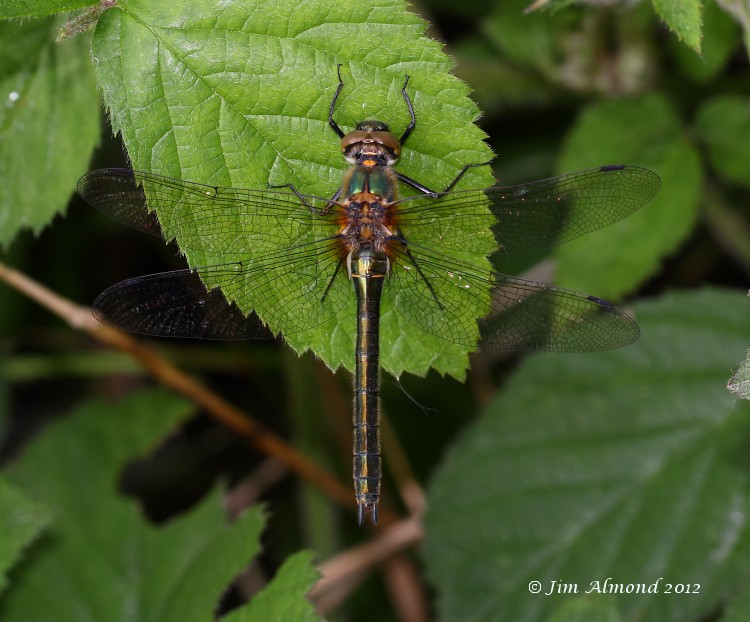 Almost identical to the male but the abdomen is much stouter with a bulge at segment 2 and then almost parallel beyond.

No similar species in Shropshire though care should be taken in areas where Brilliant Emerald and Northern Emerald are found (SE and NW of UK).

Adult males patrol along the waters edge about 1m above the surface, frequently stopping to hover. They are territorial fighting off other males typically from a small bay area. Males will however time share territories and move away straight up into the tree canopy after a period of time. Males are rarely seen perching on waterside vegetation but fly up into the tree canopy to rest. Hawking for prey is also usually done at tree top height. Males search for females along the waters edge and once successful will fly up to the tree canopy where copulation takes place. Females subsequently oviposit alone at the shallow waters edge amongst submerged or emergent vegetation. They hover above the water repeatedly dipping the abdomen into the water to release the eggs.

Sheltered neutral and acidic ponds, lakes and canals with nearby tree cover. Leaf litter at the bottom of the water body provides important habitat for developing larvae.

Earliest county records date back to 1932 when this species was recorded at Whixall Moss with recorded sightings again in 1950 and 1980, but none in recent years. 2 records were made at Betton Pool in 1972 and 1985 but again no recent records. Butler (1982) refers to sightings in Telford but these are not on any database and must therefore not have been confirmed.
Currently Downy Emerald is recorded primarily at the privately owned sites Berrington Pool, Bomere and Shomere with records at these sites extending back into the mid 1980s. Berrington Pool also has a number of exuvial records dating from 1995 to 2012 confirming successful breeding. In addition a new private site was located a few miles north east of Shrewsbury in 2013. Males have been observed holding territories at this site for the last 3 flight seasons. In June 2020 an unusual record was made on the Llangollen Canal at Ellesmere. 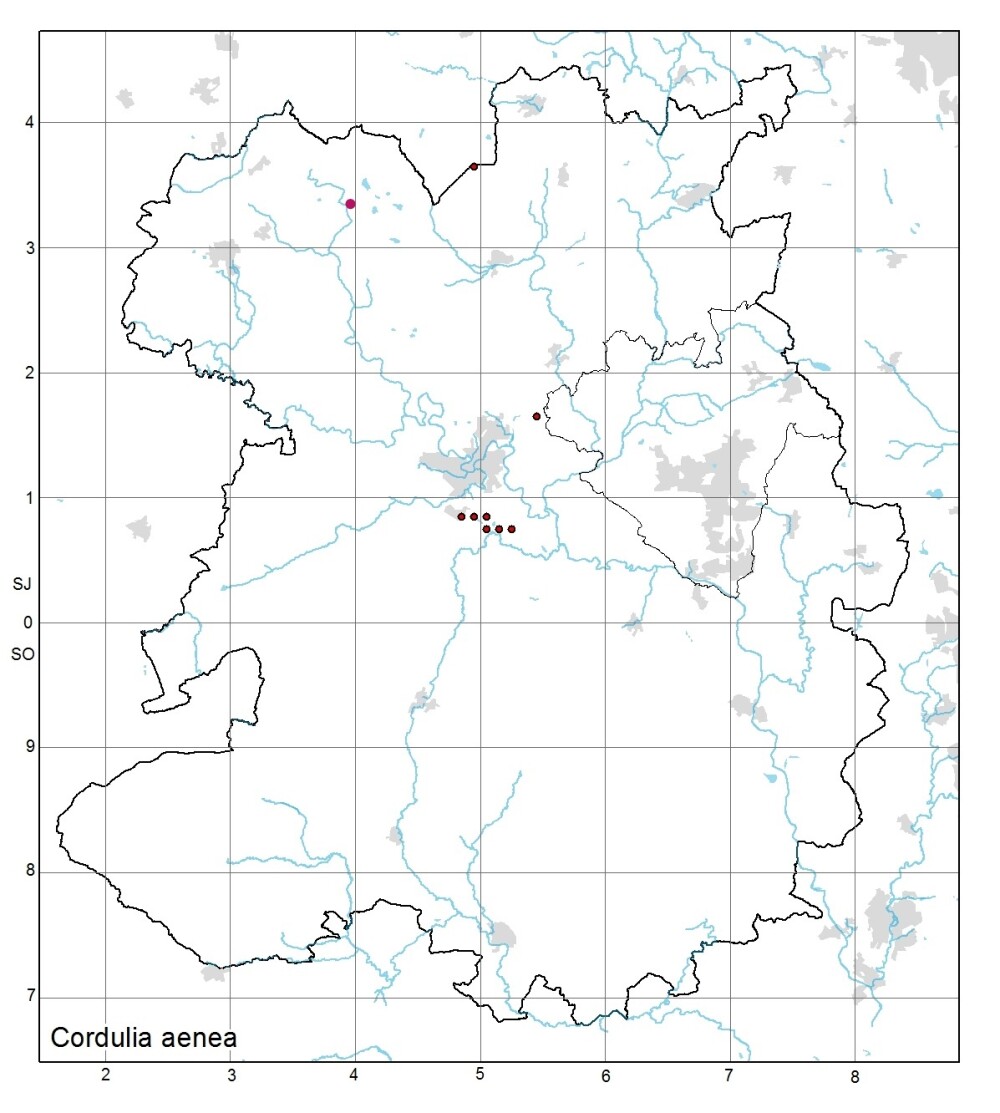