Early June until end of August 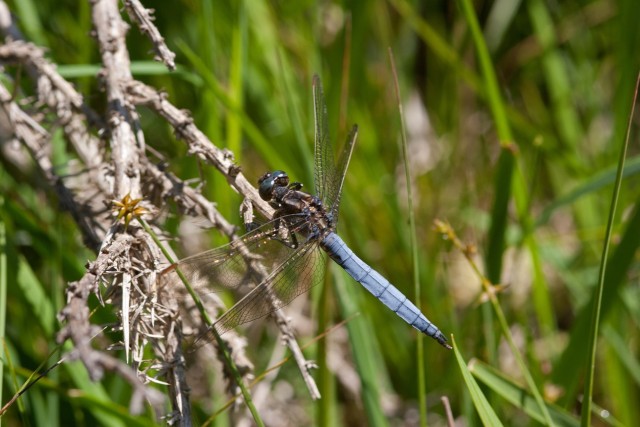 A smaller dragonfly with a tapering abdomen which is powder blue apart from a black segment 1. A fine black dorsal line runs the length of the abdomen giving this insect it’s name. The thorax is brown with pale antehumeral stripes and may assume a bluish pruinescence with age. The wings are clear with a pale yellow costa and yellow antenodal cross veins (running perpendicular to the length of the wing). The pterostigma are noticeably ochre. The eyes are blue-grey and the legs are black. The immature male is yellow with 2 thick black stripes running down the length of the abdomen. 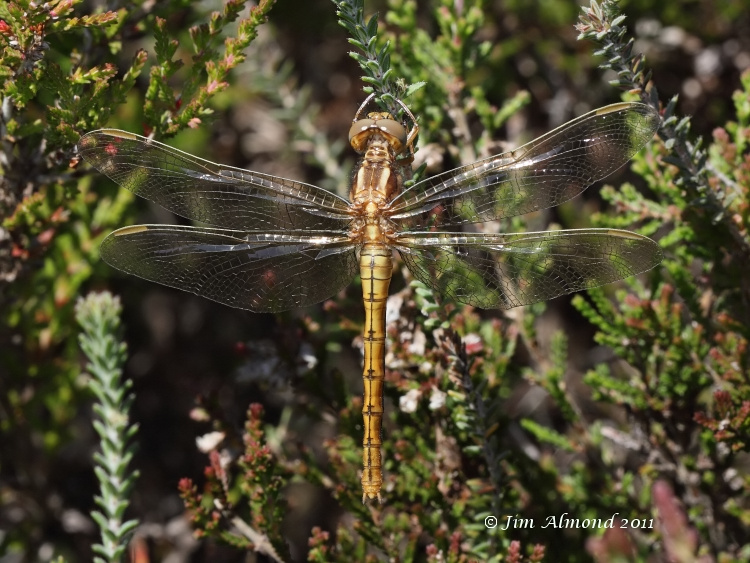 The female has a yellow abdomen which is parallel sided and narrower than that of the male. A distinctive pattern of short bars crossing the dorsal line is visible. Two antehumeral stripes are clear on top of the thorax. The wings have the same features as the male with the addition of a yellow suffusion near the base. The female turns dark grey with age.

The Black-tailed Skimmer is larger, has black pterostigma and barely noticeable black reduced antehumeral stripes. Broad-bodied and Scarce Chaser are distinguishable by the presence of dark basal wing patches. Black and Common Darter are more likely to cause confusion as they can occur in similar habitat. Black Darter females and immature males have a distinctive black triangle on top of the thorax (not antehumeral stripes) and mature males are entirely black. Common Darters have distinctive side stripes on the thorax and different markings on the abdomen.

Fairly discreet dragonflies found perching relatively low down in vegetation with their wings held forward. Males are territorial, but hold smaller territories than Black-tailed Skimmers. They perch on the ground or emergent vegetation and fly out to investigate or challenge other males. Females coming to the water are grabbed by the male and form a mating wheel. Copulation is completed in vegetation or on the ground and may take a few minutes up to an hour. The female then oviposits alone by dipping the abdomen into the water. The male remains in attendance.

The earliest records date back to 1953 with a sighting at Llanymynech. Historic references include a sighting in Aug 1981 at Titterstone Clee (Butler, 1982) and apparent breeding in 1995 at Chelmarsh (Lockton et al., 1996). Neither of these references are supported by records, but the former certainly represents suitable habitat and would be worthy of further investigation. Though rare in Shropshire, populations are able to persist and Lockton et al. (1996) referred to longstanding fairly abundant populations at Cramer Gutter (Catherton Common) where to this day adults and exuviae are regularly recorded. More recently adults and exuviae have been recorded in the Wild Moor area of the Longmynd. Relatively recent adult records from Whixall Moss in 2006, 2007 and 2013 also suggest it may well be breeding there, but this has not been confirmed. In 2014 and 2015 there were suspected sightings at Whixall Moss, but nothing confirmed. The only remaining record is a ‘one- off’ sighting at Lower Short Ditch (near the south west county border) where it was recorded in 2007. 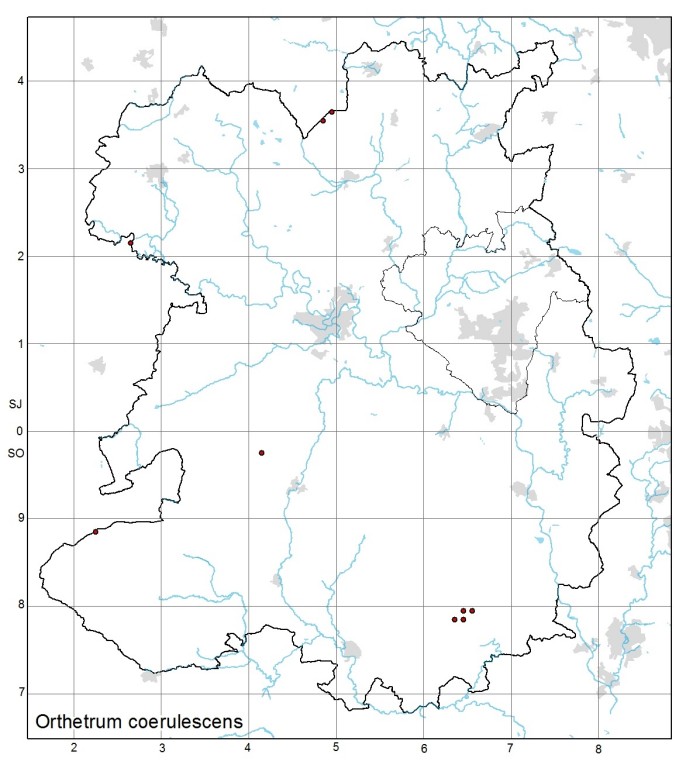 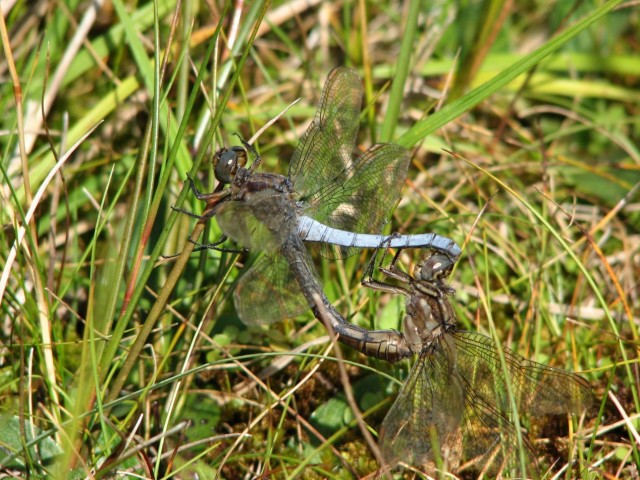