End of July until early October 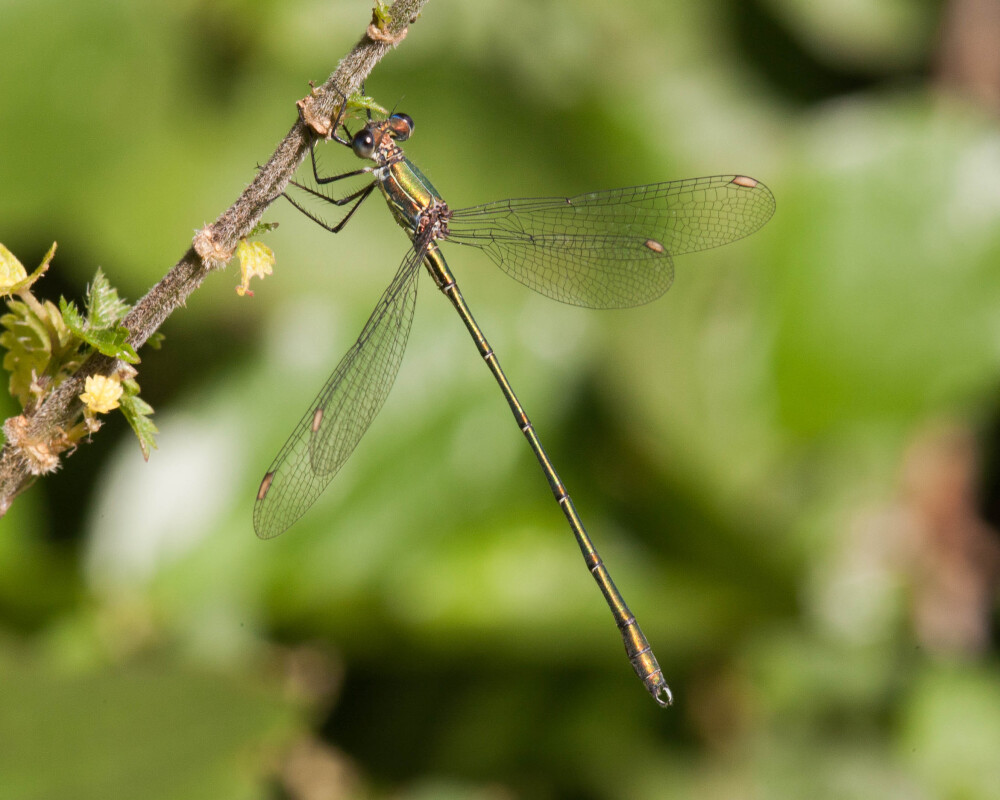 The body is metallic green with a noticeably long abdomen. The side of the thorax has a prominent dark green spur (see additional photos below). The wings have large pale coloured pterostigma with a visible black border.  The upper anal appendages are pale with black tips and at least three times the length of the dark lower appendages. There is no powder blue pruinescence even on mature males and the eyes are dark (not blue). This species belongs to the Family Lestidae which, uncharacteristically for damselflies, rest with the wings held open at 45°. As such they are often referred to as spreadwings. This behaviour aids identification however Shropshire is home to another common and widespread spreadwing Emerald Damselfly-see below for details. 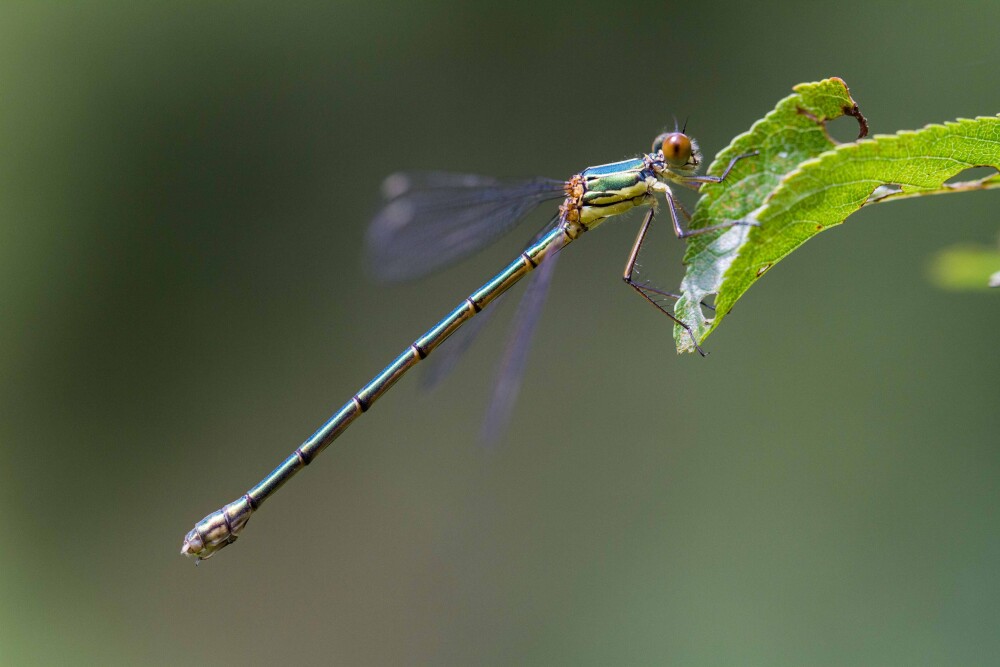 The long body is metallic green and broader in stature than the male. The female bears a prominent dark green spur on the side of the thorax as in the male and also has distinctive pale colored pterostigma outlined in black. Females oviposit into twigs overhanging water.

Emerald Damselfly is common and widespread and on the wing at the same time as the Willow Emerald. The body in both sexes is shorter and both males and females have dark (not pale) pterostigma (though in tenerals they are pale). Mature male Emerald Damselflies have powdery blue pruinescence and blue eyes though females and immatures do not.  Males and females may have a dark green spur present on the side of the thorax, but this is not as pronounced as in the Willow Emerald. Male upper anal appendages are dark (not light) and the lower appendages are noticeably longer than those of the Willow Emerald.

No other similar species in or near Shropshire however great care should be taken in SE England where occasionally Scarce Emerald and rarely Southern Emerald are recorded.

Often found resting perched in trees with wings held at characteristic 45 degree angle. Adults oviposit in tandem, the female cutting into the branches of trees overhanging the water and inserting the eggs.  Eggs then hatch the following spring, the larvae falling into the water below where they complete their development.

Can be found at sheltered standing water and slow flowing rivers with trees and shrubs often overhanging the water from the banks. Adults oviposit into twigs and branches of overhanging trees especially (but not exclusively) willows. Resultant scars are often spotted providing a useful indicator of this species presence. These galls are pictured below.

Nowhere…yet! First recorded as ‘one-offs’ in the UK in 1979 and 1992 in Sussex and Kent. Recorded next in Suffolk in 2007 after which this species became established in the east of the UK. Willow Emerald is now expanding it’s range and has recently been found as far north as Yorkshire and as far west as Warwickshire ….ever closer to Shropshire! 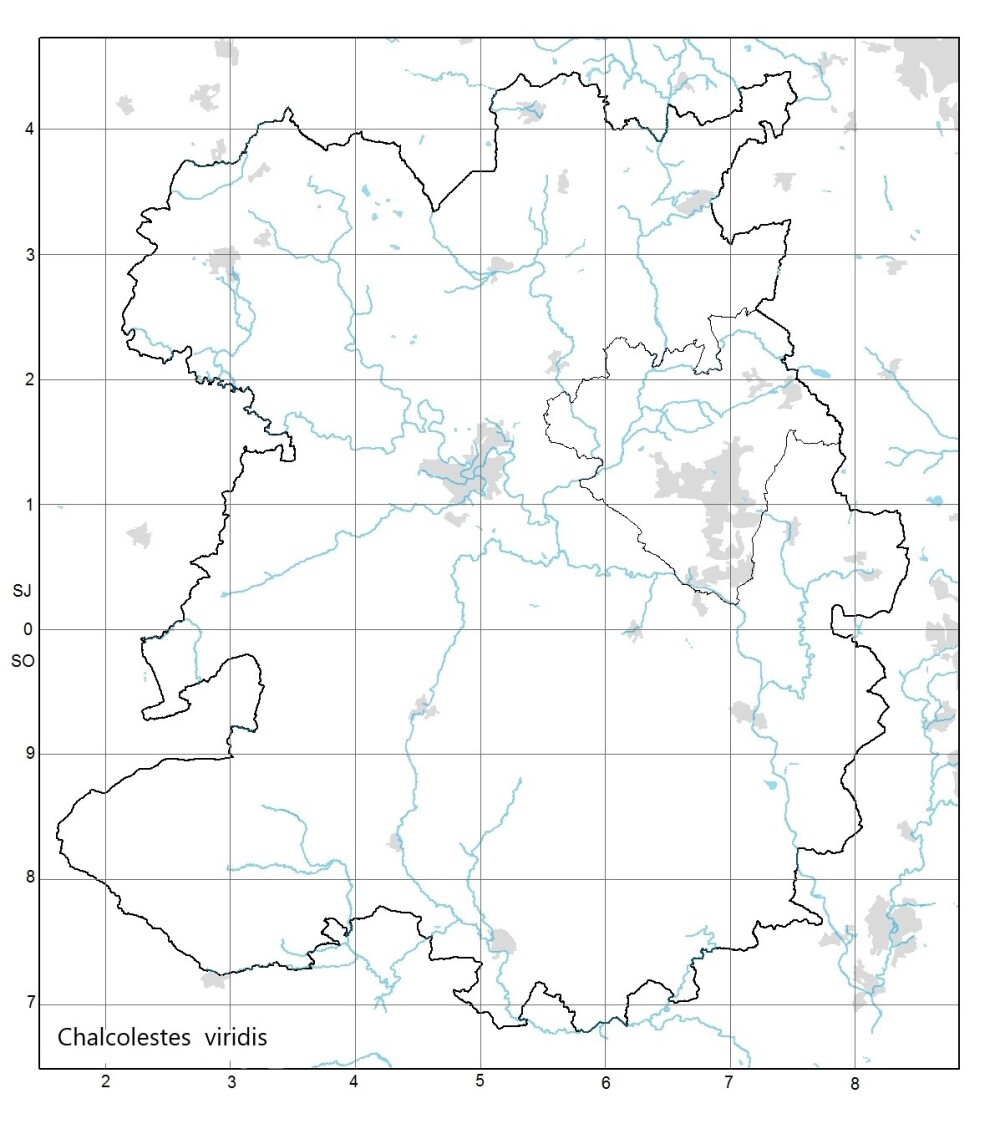 Not yet recorded in Shropshire. 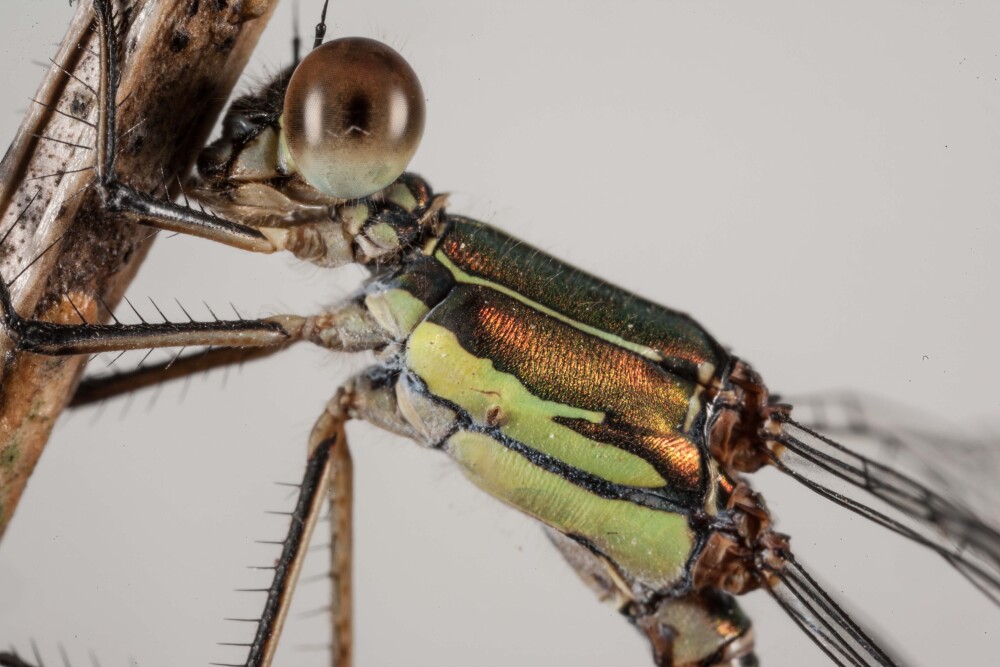 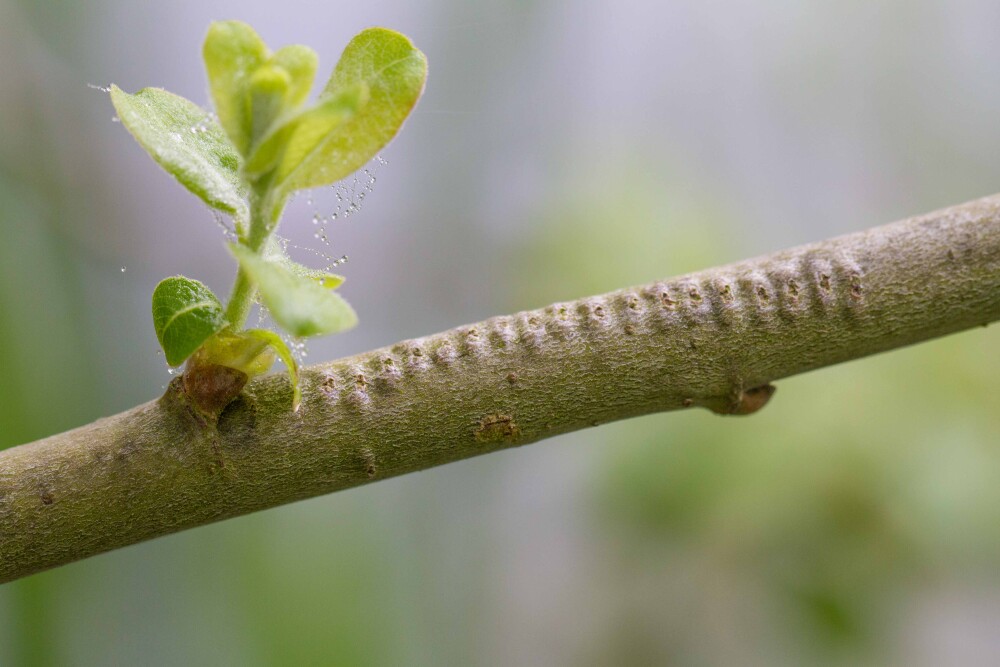 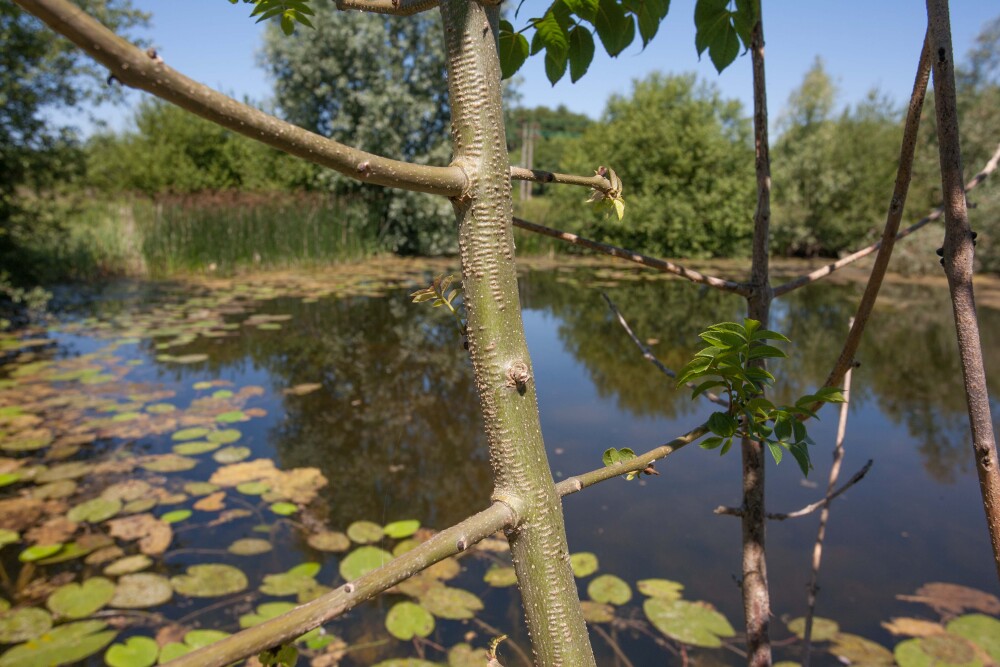