Late May until July 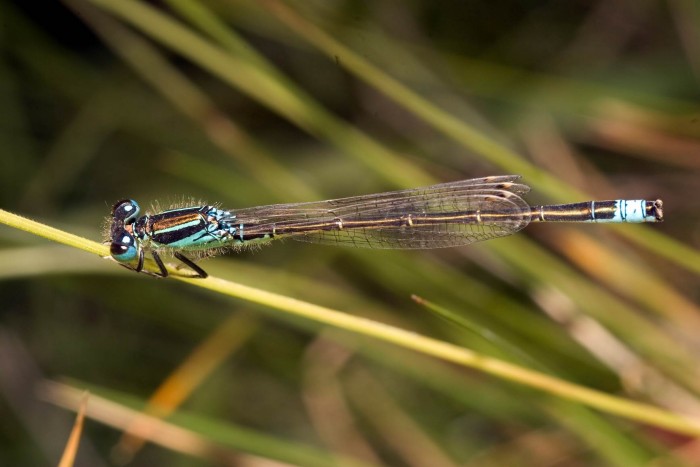 The body is black apart from the rear of segment 8 and the whole of segment 9 which are blue. Segment 9 also has 2 small black spots. The thorax is blue with a black dorsal face enclosing narrow blue antehumeral stripes. The eyes are blue or blue-green and the legs are black. The wings are clear with a distinctive diamond shaped bicoloured pterostigma (two toned black and white wing spot). 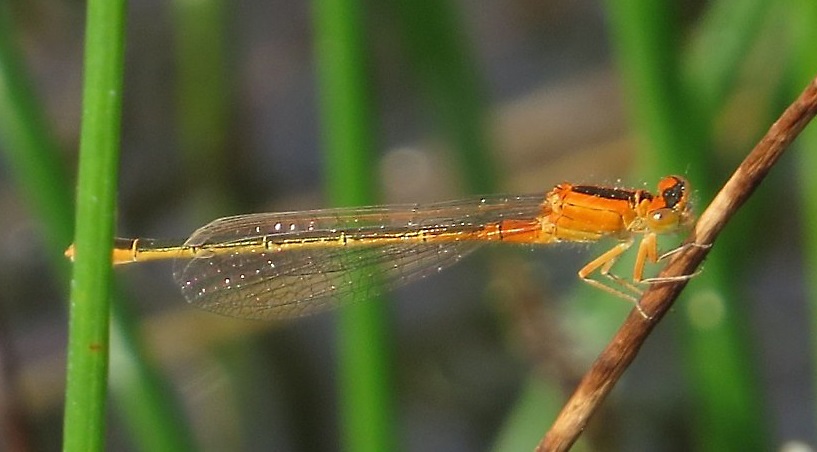 The immature female (form aurantiaca) has a diagnostic orange body and thorax. The dorsal surface is black from segments 4-8. On maturity the colour changes to green- brown and the upper side of the abdomen is completely black.

Rather a weak flier that tends to rest amongst vegetation. Pairs in tandem can often be found amongst the vegetation before flying to the ovipostion site. Here they part and the male usually guards the female while she oviposits alone into emergent vegetation.

Prefers the shallow water of spring fed seepages with a slow rate of flow and with very little vegetation. Can also be found in ditches and at man-made sites where wheel ruts have created shallow pools and at the boggy edges of pools.

The last county publication (Lockton et al.1996) referred to just 2 historic records- 1 at Whixall Moss (1969) and 1 in Gulley Green (1990). Since publication there have been 2 ‘one-off’ records in Granville Country Park (2005) and Llanymynech Hill (2006). More significantly Scarce Blue-tailed Damselfly was recorded at Titterstone Clee in 2006 and then again in 2011, 2012, 2014 and 2015. In addition a number of exuviae were found at this location in 2006 confirming successful breeding. This species was also recorded in the privately owned Bromfield quarry (2011). 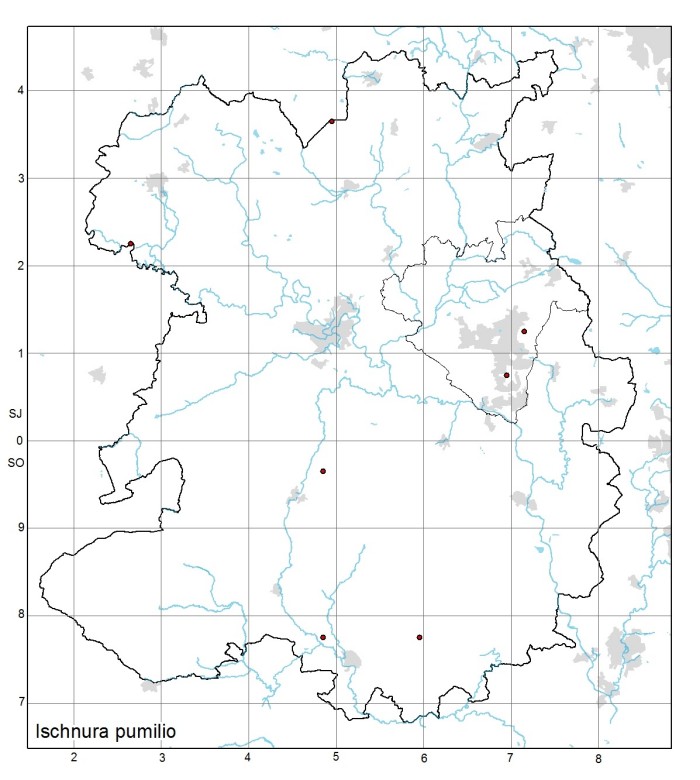 Scarce Blue-tailed Damselfly inhabits water bodies typically in early successional stages meaning their presence at a particular location is often transient, but this does mean they could unexpectedly be recorded at new suitable habitats. Titterstone Clee Hill is currently the most likely site in which to find this species.