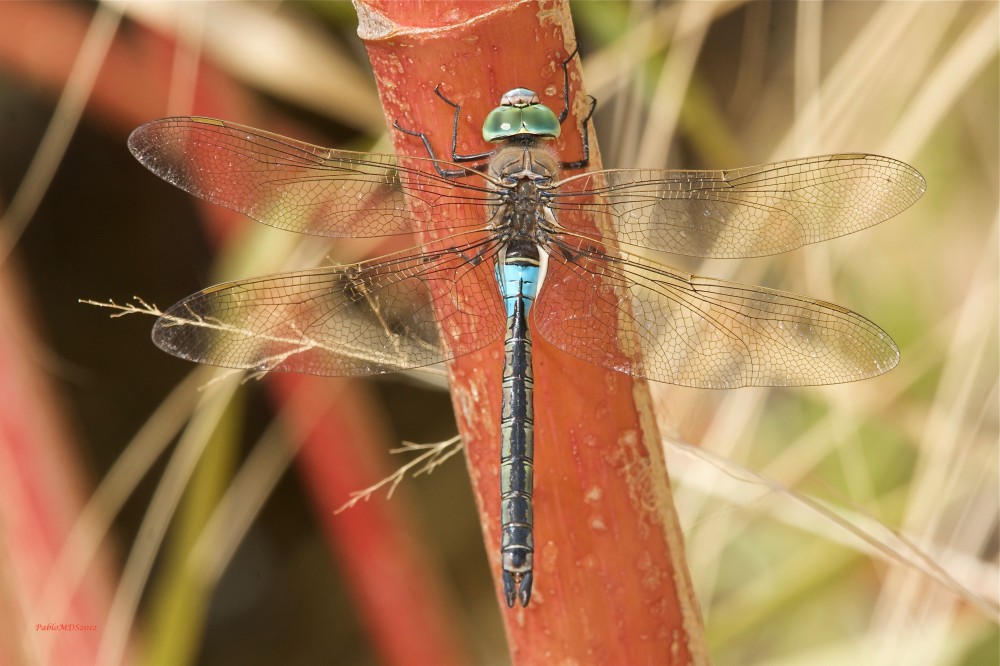 The body is brown with a bright blue saddle on segments 2-3. A black line runs from segment 3 down the dorsal surface of the abdomen and a yellow basal ring is visible on segment 2. The thorax is completely brown and the eyes are green. The wings have a yellow costa and a general yellow suffusion. The pterostigma are yellow-brown. 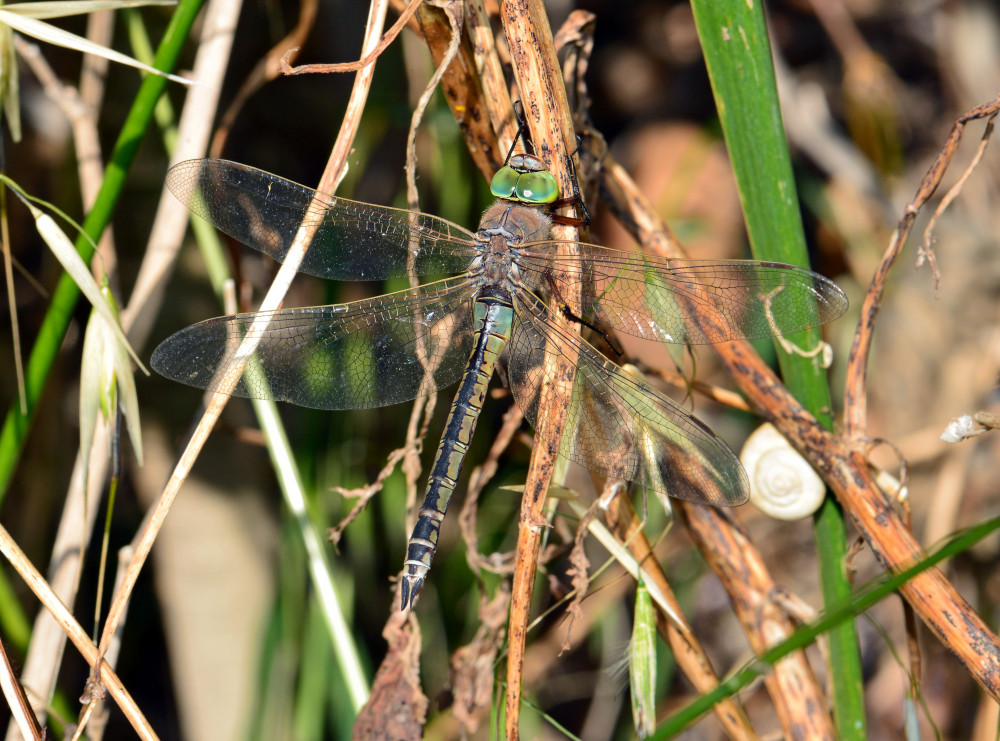 Very similar to the male but the abdomen is duller and the black dorsal line extends clearly on to segment 2. A yellow band is visible at the base of segment 2 as in the male. The colour of the abdomen may vary with some females being more blue.

The common and widespread Emperor Dragonfly is larger with far more blue on the abdomen. The Vagrant Emperor is similar in appearance though it should be remembered that it is very unlikely this species will be recorded in Shropshire. The Lesser Emperor has a more extensive patch of blue on the abdomen that extends further down the sides than in the Vagrant Emperor. The Vagrant Emperor also has brown not green eyes and has a distinctive pattern of wing cells which is diagnostic. The Lesser Emperor is also known to oviposit in tandem which is unusual in hawker dragonflies.

Unusually for Hawker species, the male and female remain in tandem whilst eggs are laid into floating vegetation (Brooks & Cham, 2014).

The Lesser Emperor was first recorded in Gloucestershire in 1996 and exuvia were found in Cornwall in 1999 proving breeding had been successful (Cham et al., 2014). Since the Gloucestershire record this species was recorded near Shropshire in Worcestershire, Cheshire and Staffordshire but it wasn’t until 20th June, 2016 that the first Shropshire record was made. Although considered a rare migrant sightings in the UK in general have increased over the last few years and the second Shropshire record was made on 7th July 2019 at Alderford Lake. Definitely worth having a close look at Emperors as Lesser Emperor may well be turning up with more frequency in the years ahead. 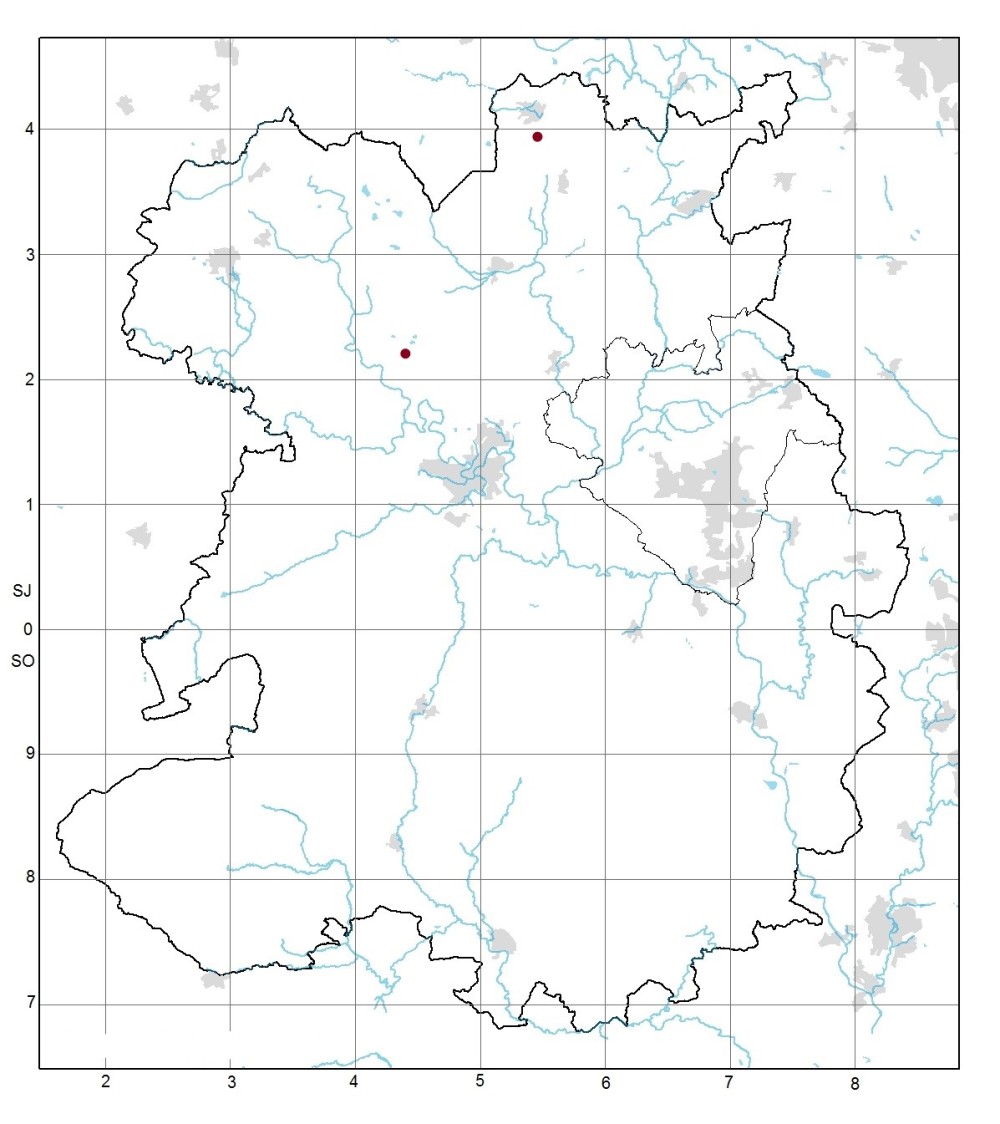 A rare migrant which could turn up anywhere!