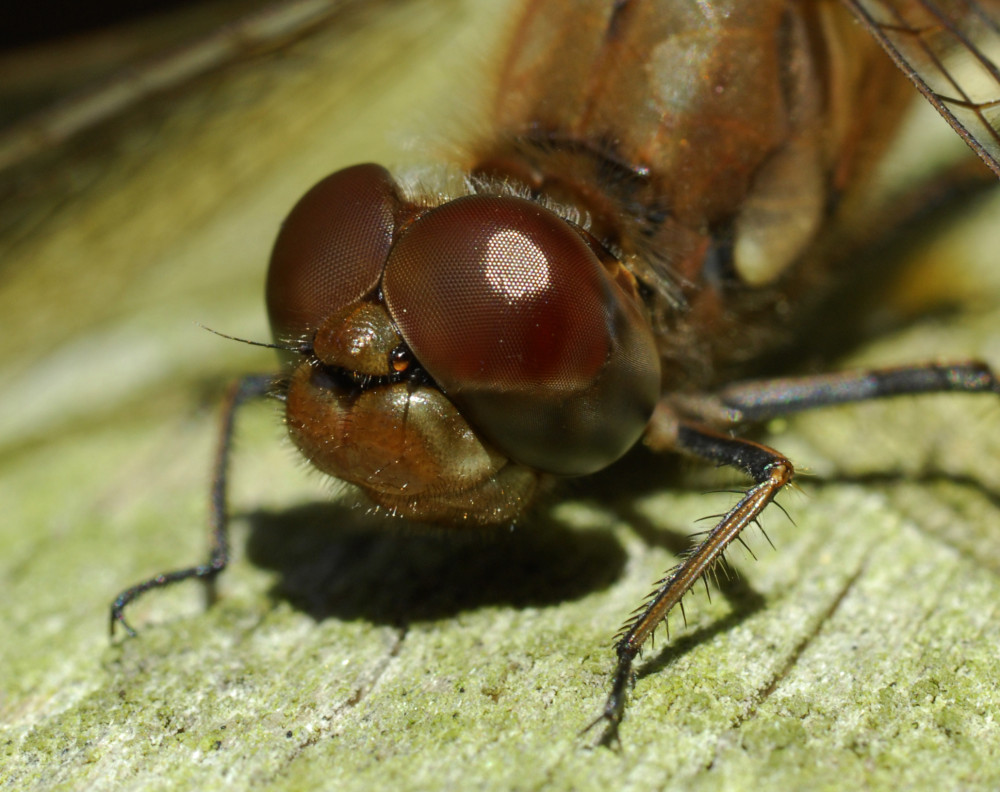 The purpose of this blog is to keep dragonfly enthusiasts up to date with dragonfly activity throughout the season. This way we should all know first hand what’s on the wing in Shropshire.

All are very welcome to be part of this seasonal diary. Get in touch at  info@shropshiredragonflies.co.uk with sightings and photographs so I can post them on the blog. Even if you’re new to dragonflies and not sure what you have photographed please send it in and get involved in the 2022 Shropshire Dragonfly Watch.

Black Darters on the wing… 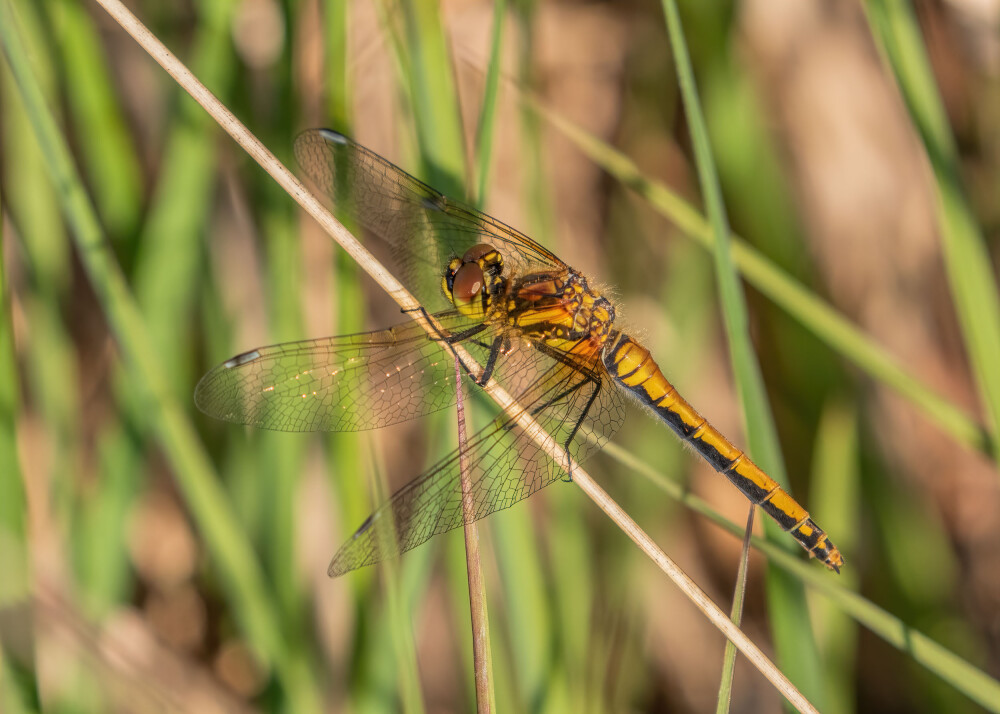 Stephen Barlow has sent in the first picture of Black Darter for this year (left). Seen at Whixall Moss this female looks very like an immature male but has a far broader straighter abdomen and if you look closely you can see the vulvar scale on the underside towards the end of the abdomen.

Elsewhere Curious Raven has been recording Broad-bodied Chasers some distance from water at Betton north of Market Drayton. Again a female is pictured here (below left) which is even larger and more broad-bodied than the male. 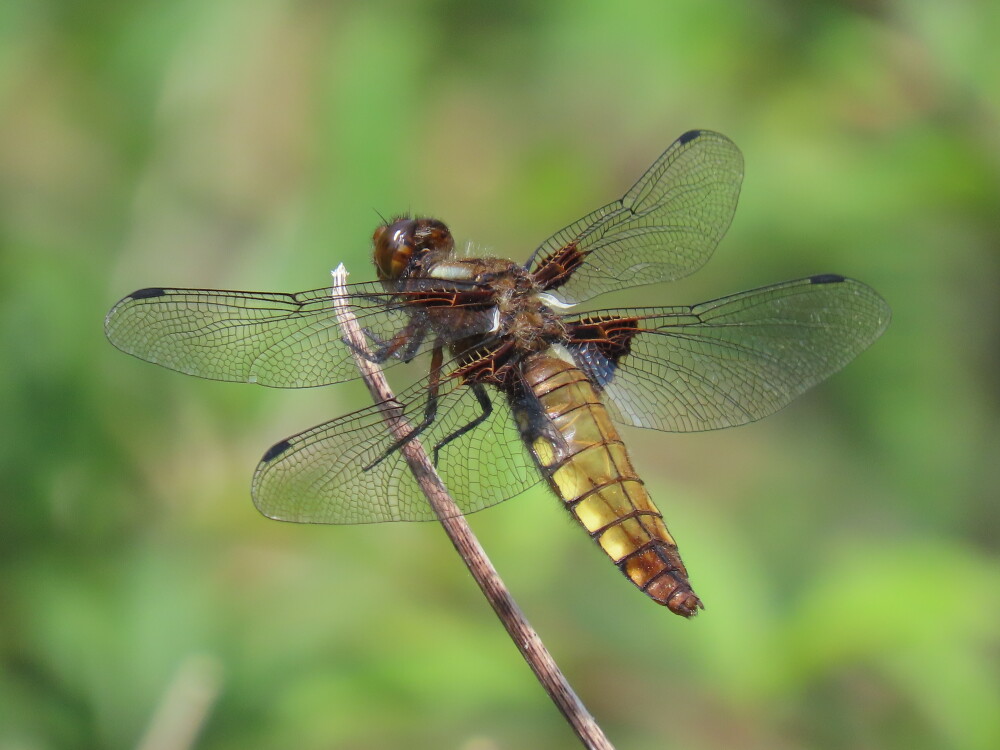 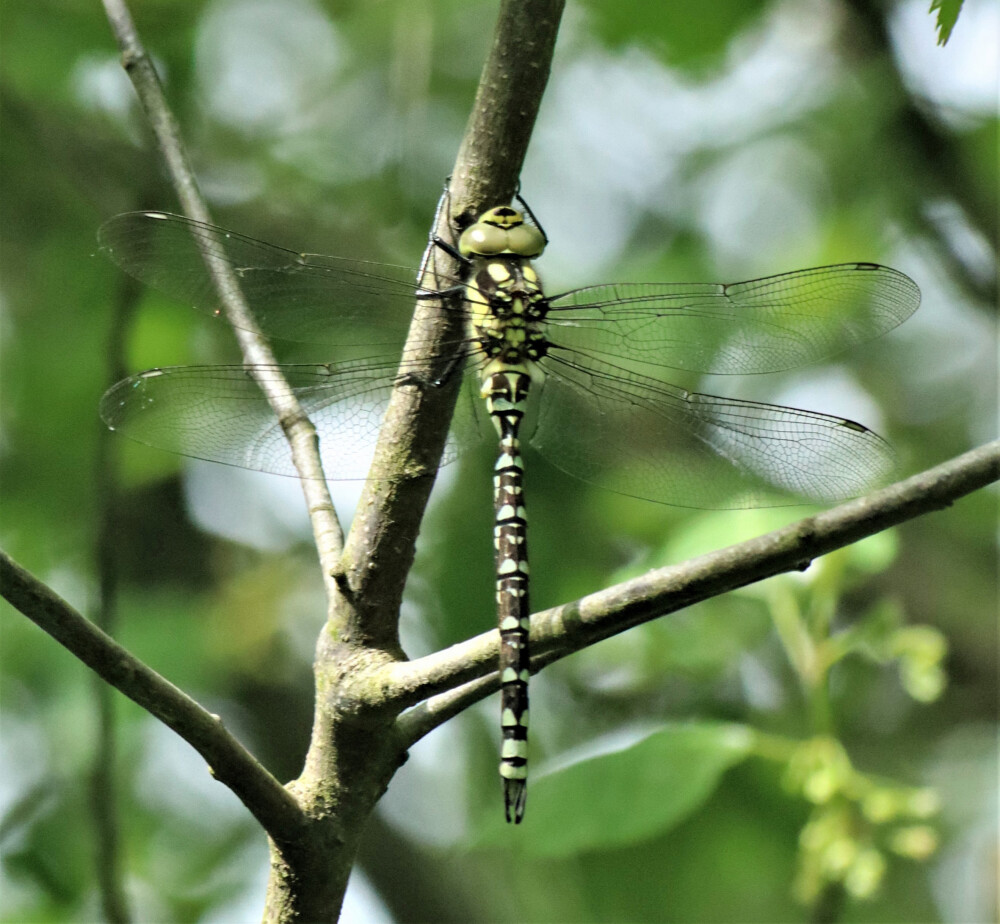 With the weather warming up dragonflies abound! Jan Shields braved the heat at Whixall Moss at the weekend and saw a male teneral Southern Hawker (left) still very pale and yet to develop full coloration. Jan also saw this Four-spotted Chaser form praenubila (below left) – so named because they have far more black coloration around the 4 spots on the wing nodes and sometimes at the wing tips as seen here. Many pairs were also mating such as these White-faced Darters (below right).

Elsewhere at the Bog pool on the Stiperstones Curious Raven saw a number of Emperors alongside Common Blue Damselflies, Azure Damselflies  (far below left) and Large Red Damselflies (far below right). The photo of the Azures show clearly the coenagrion spur or ‘snooker cue’ visible on the side of the thorax. 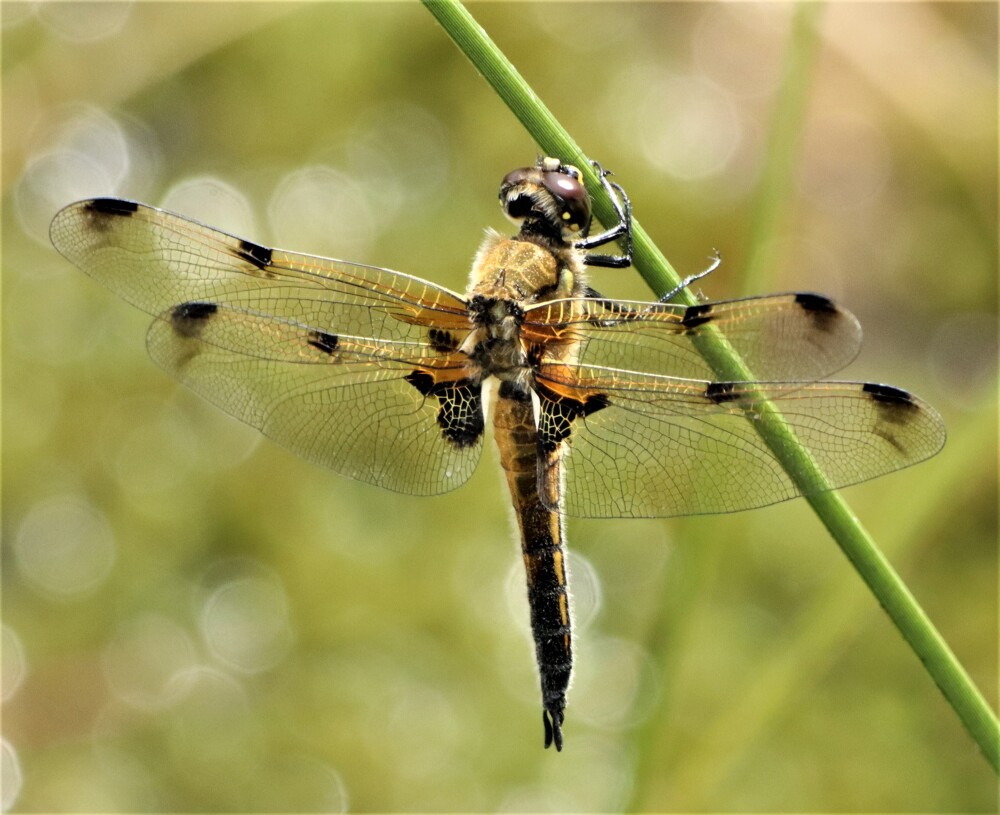 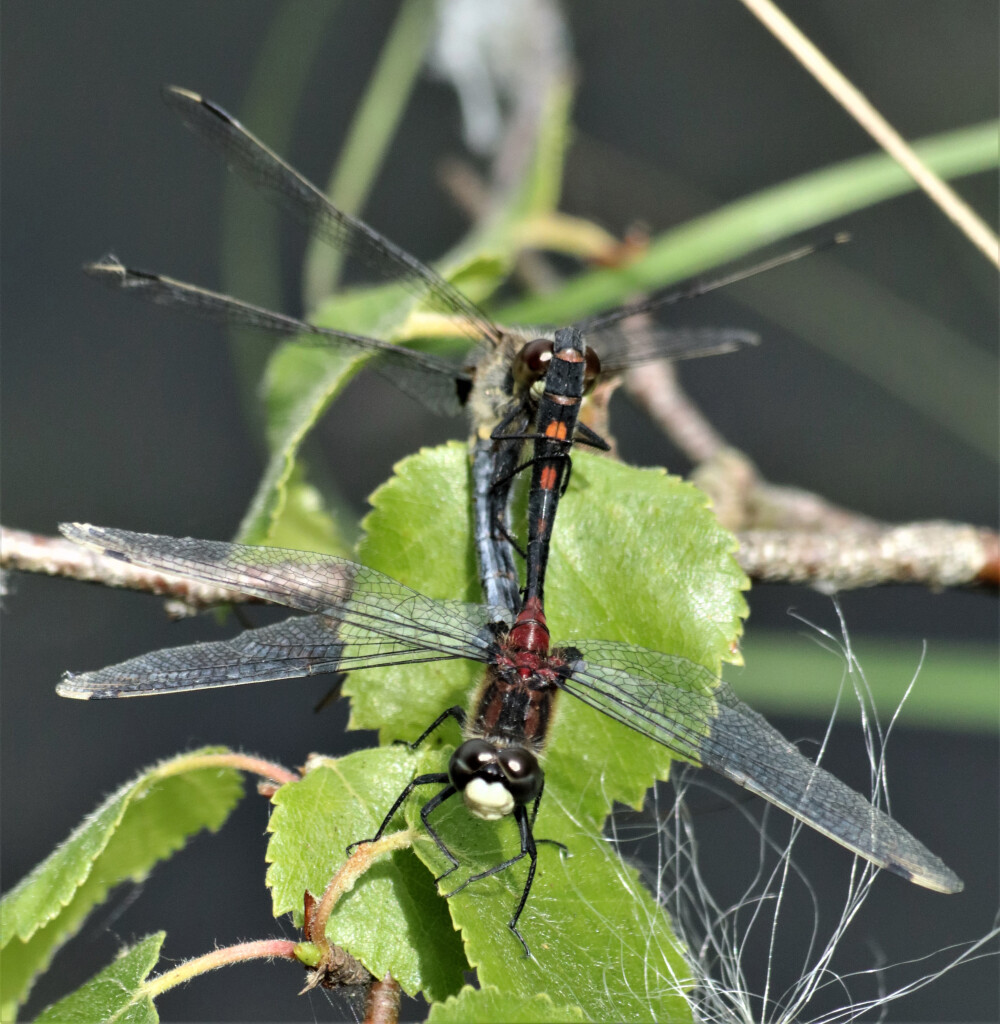 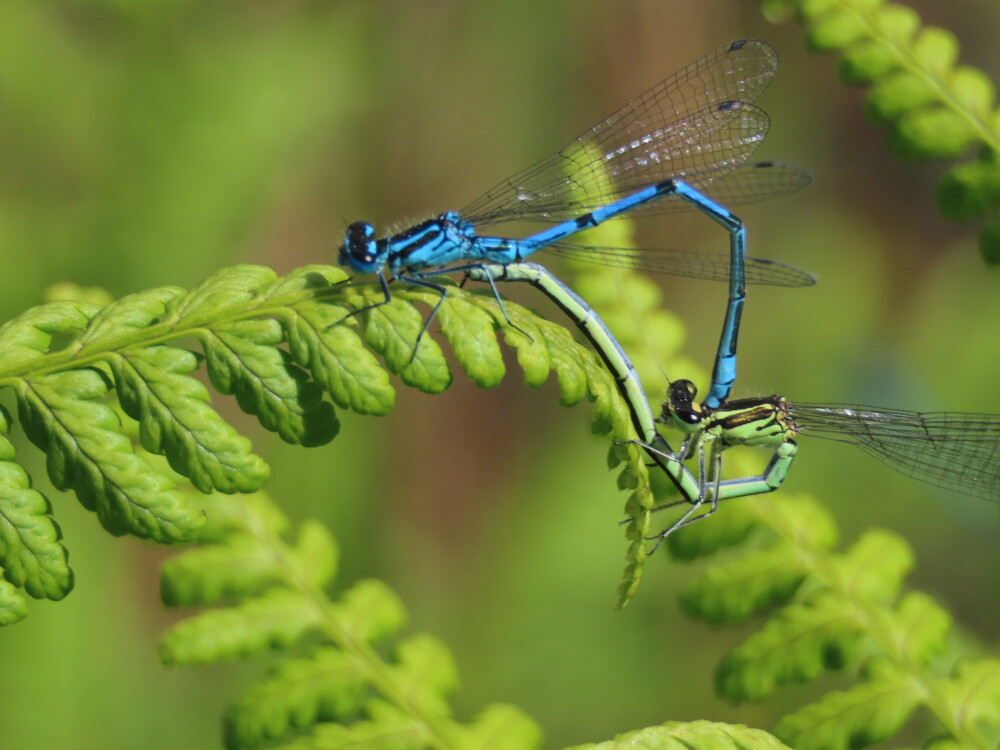 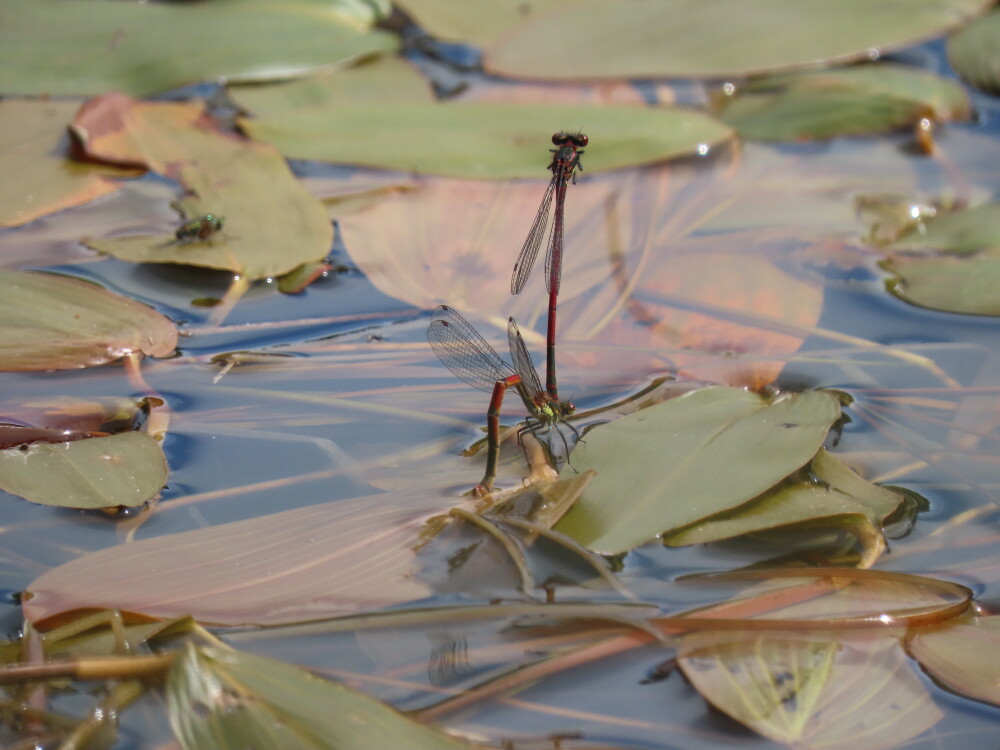 Emeralds and Golden-ringed on the wing 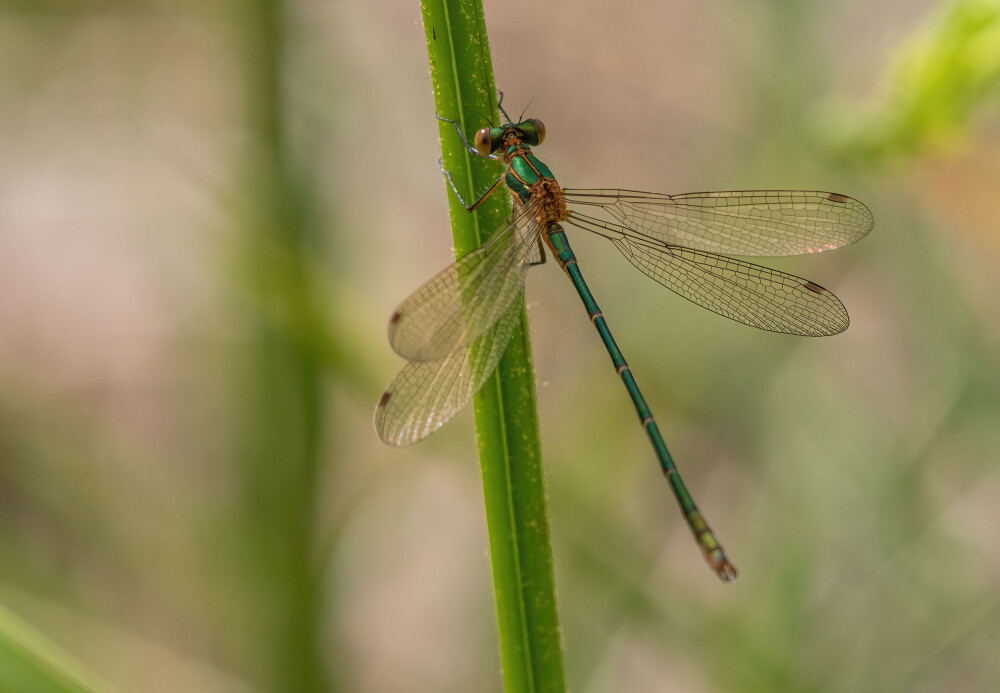 Two more species have taken to the skies; Emerald Damselfly and Golden-ringed Dragonfly. This immature male Emerald Damselfly was spotted by Stephen Barlow on Whixall Moss. All the brown areas will become powdery blue as the insect matures and it will continue to hold it’s wings at 45 degrees- a characteristic of the ‘spreadwing’ damselflies.

Geoff Hall photographed Golden-ringed Dragonfly (below left) on the Stiperstones and they were also seen on the Longmynd and at least 2 at Cefn Coch all on the same hot Friday! 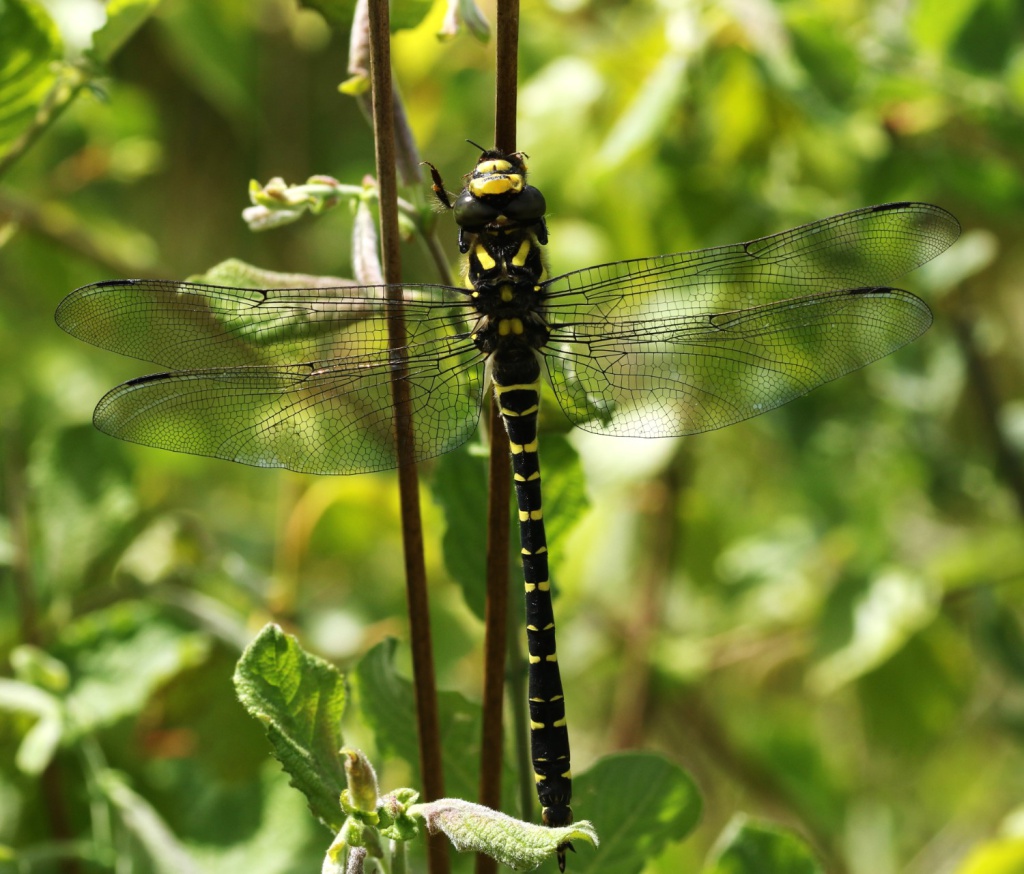 Southern Hawker on the wing…

After a couple of anonymous sightings on iRecord we now have proof that Southern Hawker is definitely on the wing. Jan Shields has found the first Southern Hawker exuvia on her pond for this year – identifiable by the shape and length of the mask shown below left.

Elsewhere Stephen Barlow has sent in the first photographs of Common Darter. This teneral male (below right) will ‘redden’ as it matures but the diagnostic yellow stripe on the black legs is clearly visible already and one of the most useful ways to split this species from Ruddy Darter which has solid black legs. 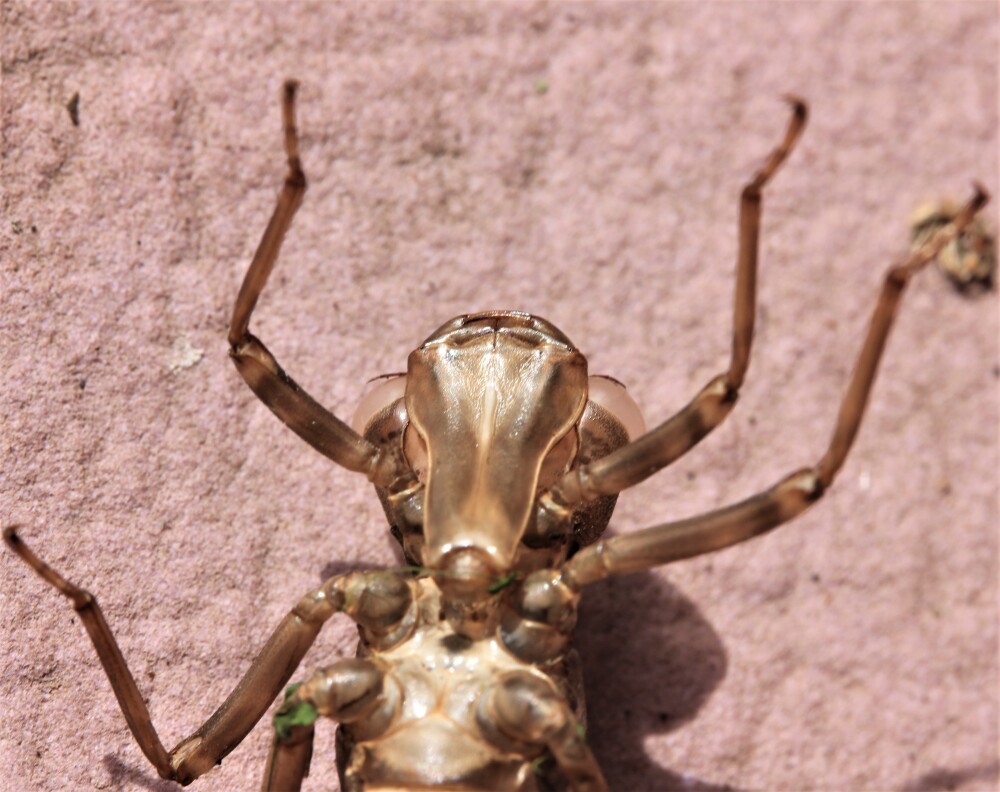 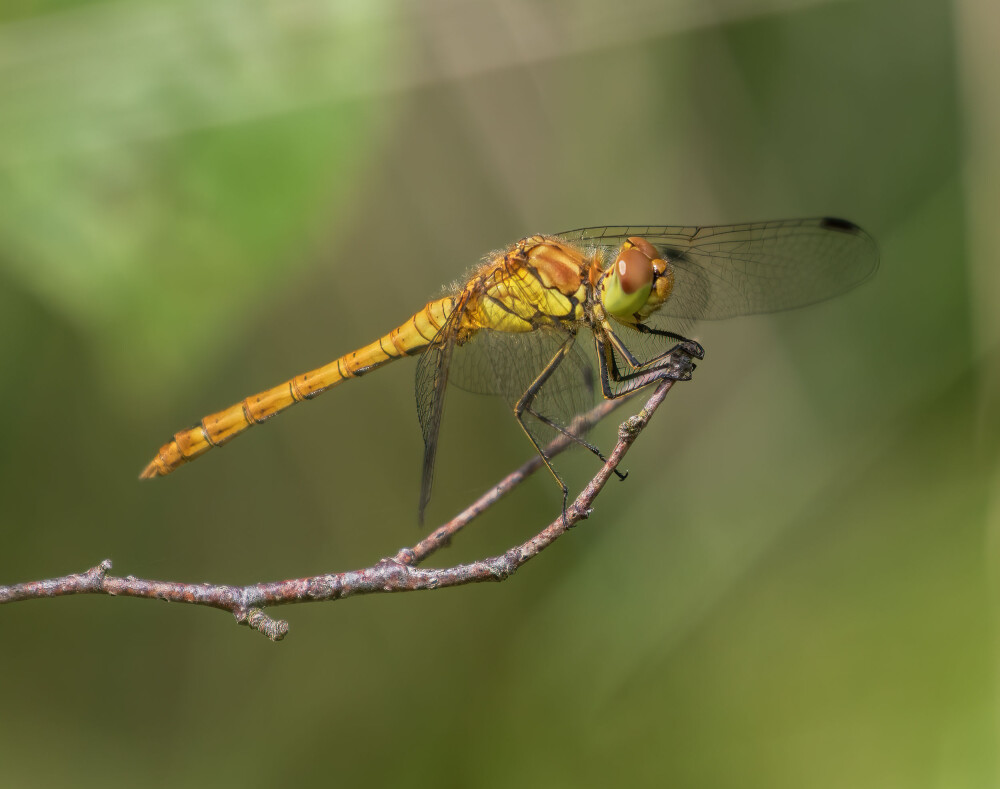 A pair of Clubs… 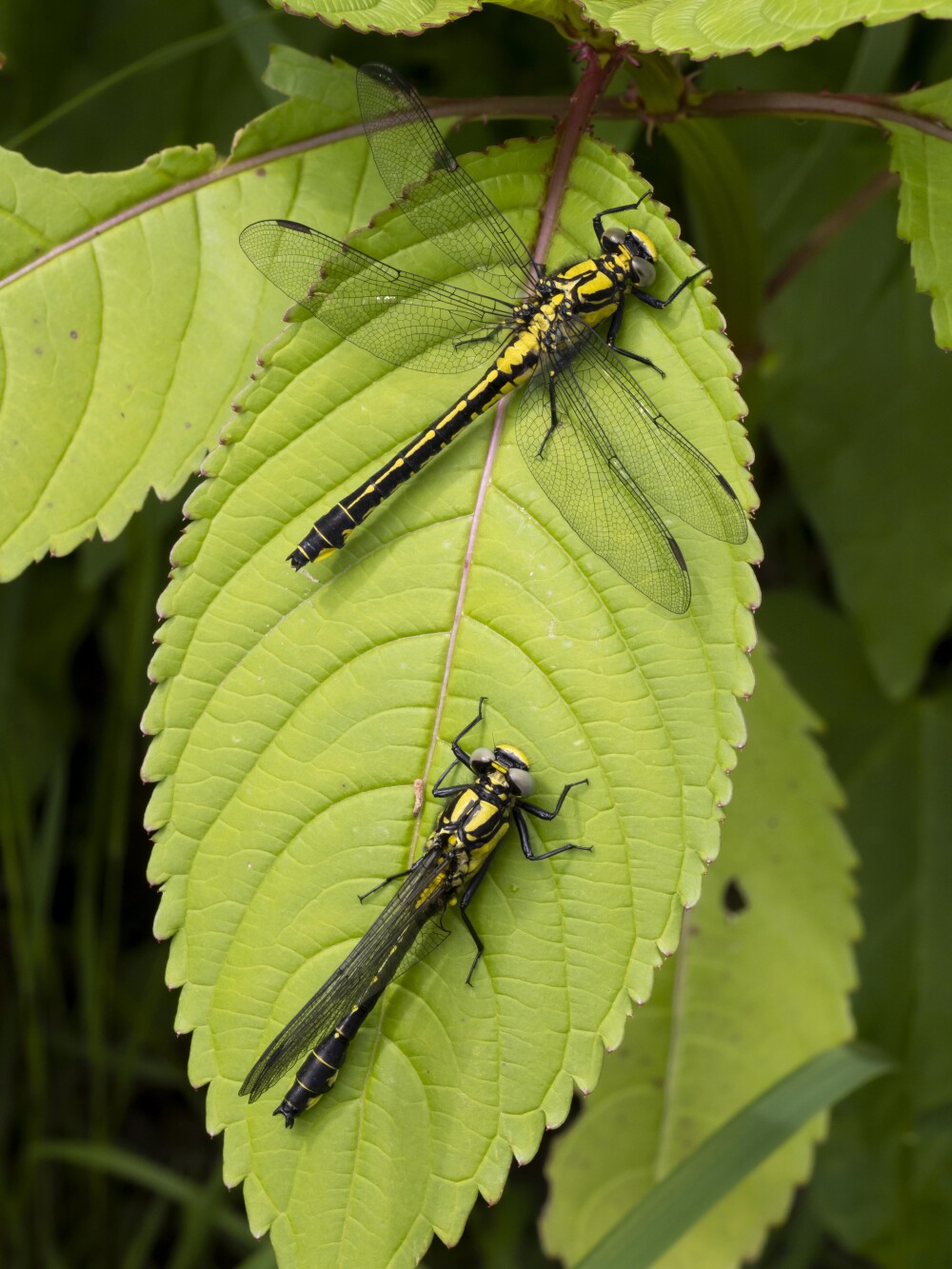 Mark Rogers has been lucky enough to spot 2 Clubtails resting on the same leaf! These are both teneral specimens with opaque eyes and glassy wings. Both the female and immature male are black and yellow though the male will mature to black and pale green. You can still sex the individuals by looking at the shape of the abdomen and the wings. The female (above) has a broad more parallel sided abdomen and smooth rounded hind edges to the wings. The male has a more waisted and club-shaped abdomen and if you look closely you can see acute hind angles on the wings which allows space for the female legs when mating.