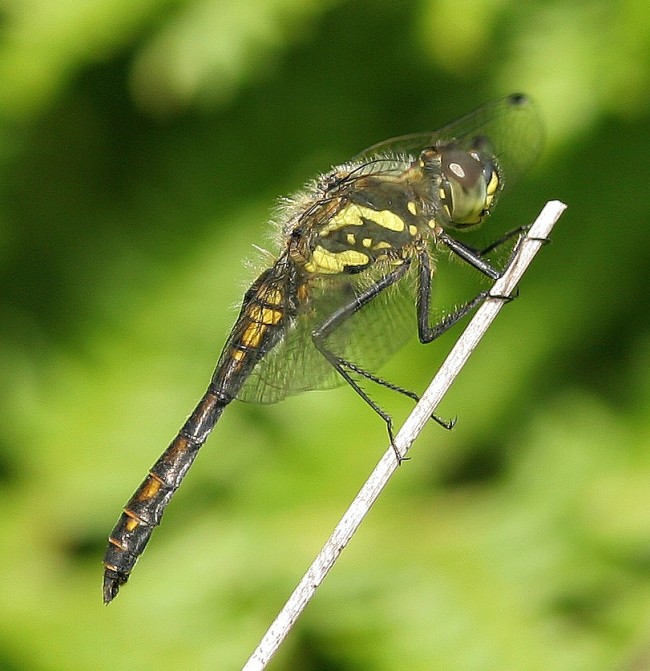 This is the only black darter in Britain and is our smallest dragonfly. The top of the thorax and abdomen are black, the latter being waisted at segment 4 and club shaped towards the tip. There are some yellow marks along the sides of the abdomen and the thorax sides are yellow with a broad black band that encloses 3 yellow spots. The wings are clear with short pterostigma and the hindwing is very broad. The eyes and legs are black. Immature males are yellow with black markings- similar in appearance to the females. 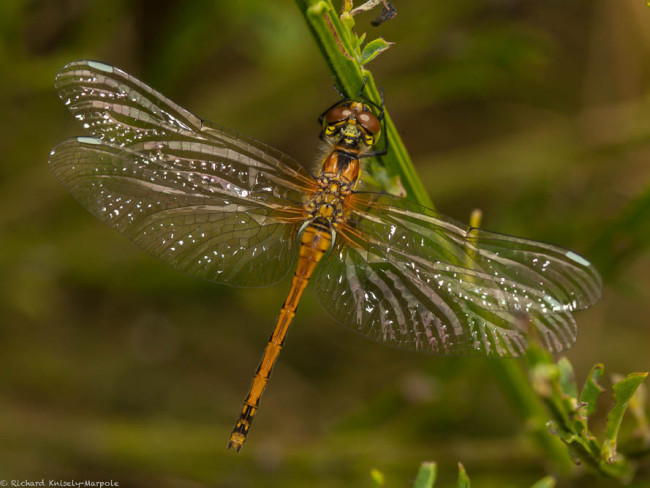 The abdomen is yellow and tapers towards the tip. The yellow becomes browner with age. Continuous black markings are visible along the sides of the abdomen and 2 inverted black T shapes are present on segments 8-9. The vulvar scale is also noticeable projecting from the underside of segment 9. The thorax is brown on top with a diagnostic black triangle present. The sides of the thorax are yellow with a broad black band enclosing 3 yellow spots- as in the male. The wings are clear apart from a small area of yellow at the wing bases and have short black pterostigma. As with the male, the hindwing is quite broad. The eyes are brown on top and the legs are black. The black legs, 3 yellow spots on the thorax side and black triangle on top of the thorax are all visible in immature females.

Female and immature male Keeled Skimmers are similar to this species as are a number of other darters. The black legs, black triangle on top of the thorax and the yellow 3 spot pattern on the thorax side should distinguish Black Darter from other species and the habitat requirements of Black Darter are also specific which aids identification.

Males are not territorial and can be found amongst marginal vegetation, basking on rocks or bare ground. If really warm they adopt the obelisk position raising the abdomen vertically to reduce the surface area exposed to the sun. Pairing is usually carried out away from the water with copulation taking place amongst the grasses or bushes. The pairs then come to the water already in tandem to oviposit at the waters edge where the substrate is wet and there are mosses such as sphagnum. Sometimes the pair will separate however the male remains on guard nearby. Larval development is fast and can take as little as 2 months (Brooks & Cham, 2014).

Records date back to 1932 when Black Darter was recorded at Whixall Moss. Though historically referred to as ‘common’ (Butler, 1982) the records do not reflect this and the distribution appeared to change little prior to the publication by Lockton et al.(1996) where Black Darter was deemed ‘scarce’. At this time Black Darter remained largely confined to the upland heaths of the Stiperstones, Long Mynd, Brown Clee, Rhos Fiddle, Titterstone Clee and Catherton Common. This remains largely the case and the raised bogs of Whixall Moss also provide good breeding habitat and exuviae have been recorded here and at The Bog (Stiperstones) and Wildmoor Pool. In 2015 Black Darter was also recorded for the first time at Eardington Nature Reserve near Bridgnorth. Though very localised due to specific habitat requirements, Black Darter is often seen in large numbers and can be locally abundant. This species is now catergorised as ‘local’ though this is largely dependent upon the size definition of a single breeding site as Black Darter undoubtedly breeds in more than 11 locations in the county. 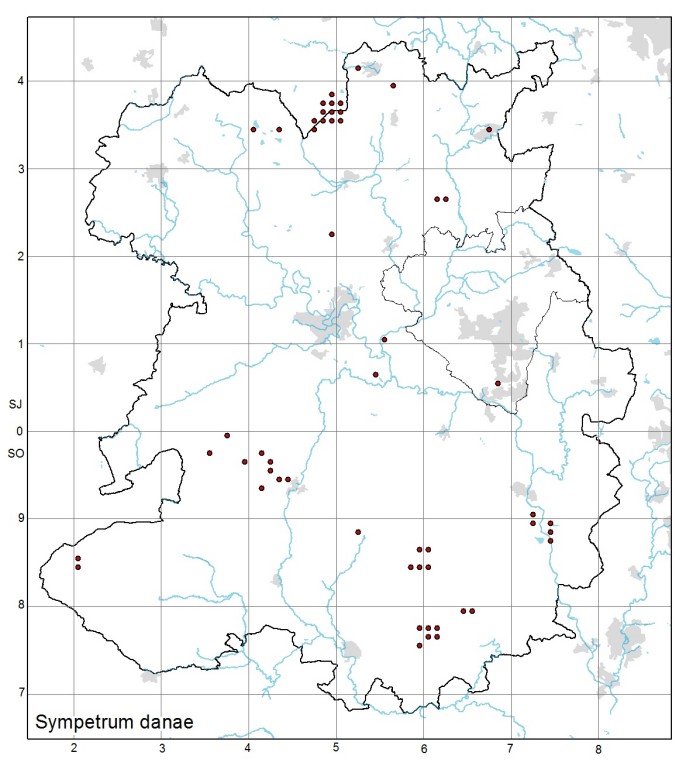 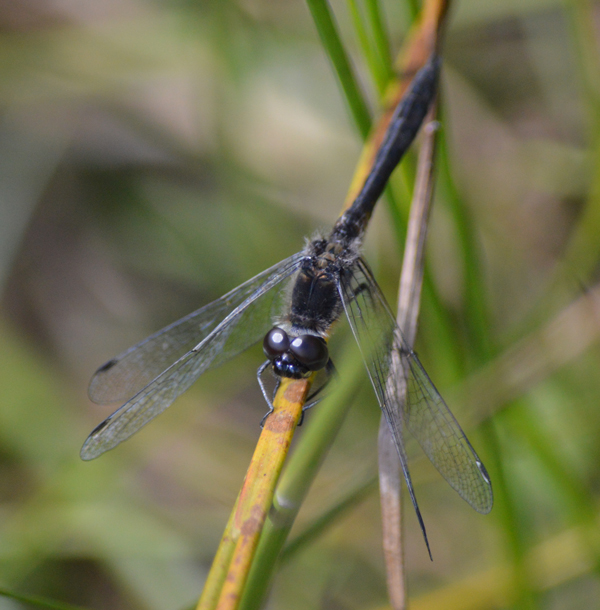