Mid May until mid August 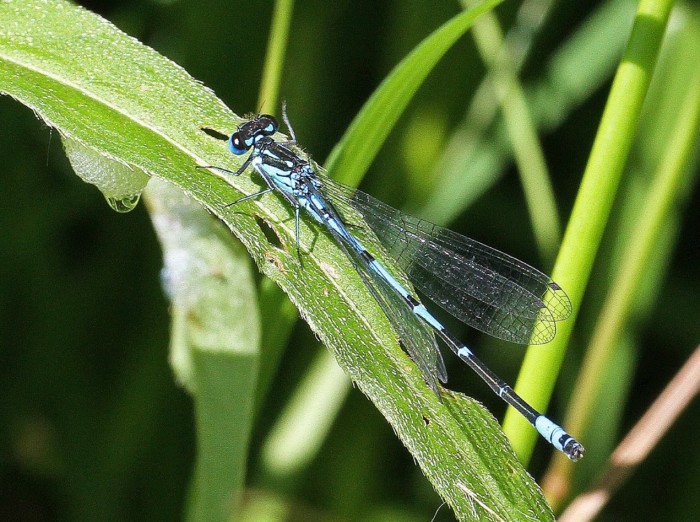 The body is blue with black markings. The narrow blue antehumeral stripes present on the thorax are usually broken giving the appearance of exclamation marks. On the side of the thorax are 2 narrow black lines. The top line is incomplete and described as a spur. On segment 2 there is a black goblet shape, the stem of which connects to the black ring at the end of the segment. On segment 9 there is a black shape described loosely as a bat shape that occupies more than half of the segment. Legs are black and wings are clear. A pale bar is present between the eye spots. The male is described as dracula with fangs dripping blood (antehumeral stripes) into a goblet below (segment 2) and a bat shape (segment 9). 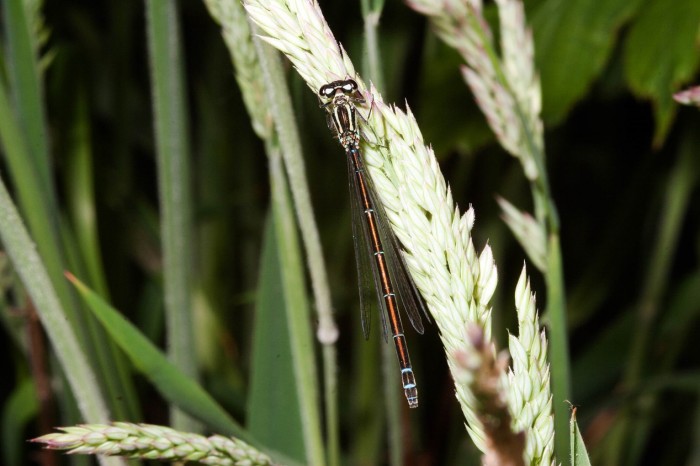 There are 2 female forms, a green form and a blue form. The green form is almost completely black with a black thistle head pattern on segment 2. The blue form has blue markings on segments 3-7 and a black Mercury mark on segment 2.The narrow blue antehumeral stripes on the thorax are usually complete. A pale bar is present between the eye spots.

Mature males can be found amongst waterside vegetation on a suitable perch from where they fly out to capture insects and wait for females. Females only come to the water to mate spending most of their time amongst vegetation away from the water. After copulation the pair oviposit in tandem. Eggs are laid in the underside of floating vegetation such as pondweed and water lilies. The female may submerge below the water to reach suitable plant material for oviposition.

Variable Damselfly has been recorded at a number of the meres over the years including Fenemere (1994), Blake Mere (1979), White Mere (1979) and Betton Pool (1980). The dates given however are the last records from these sites and even Bomere has not had a recorded sighting since 2003. Currently the majority of records come from Berrington Pool and Shomere. These 2 private sites both have adult and exuvial records. Whixall Moss is also of interest with sporadic records in 1932, 1950, 1980, a number of records in 93 and 95 and then no recorded sightings until 2012. Sporadic records also exist at Telford Town Park in 1983 and 2009 and a further record was made nearby in 1983 at Wide waters. 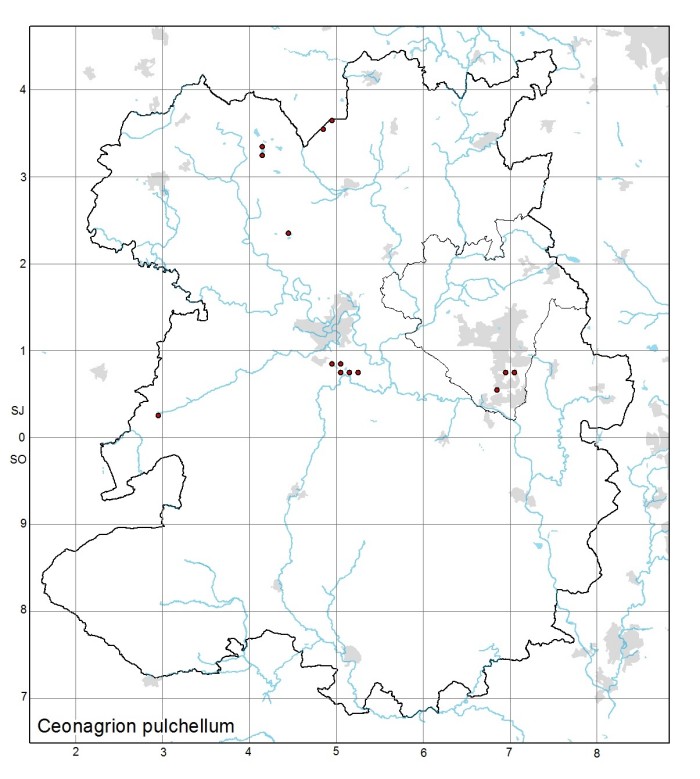 The majority of sites mentioned are privately owned. Whixall Moss is an exception and is a great site to visit and view a good number of other species too. There is a high chance Variable Damselfly is present in a number of sites across Shropshire, but remains under recorded due to it’s similarity in appearance to other very common blue damselfly species. 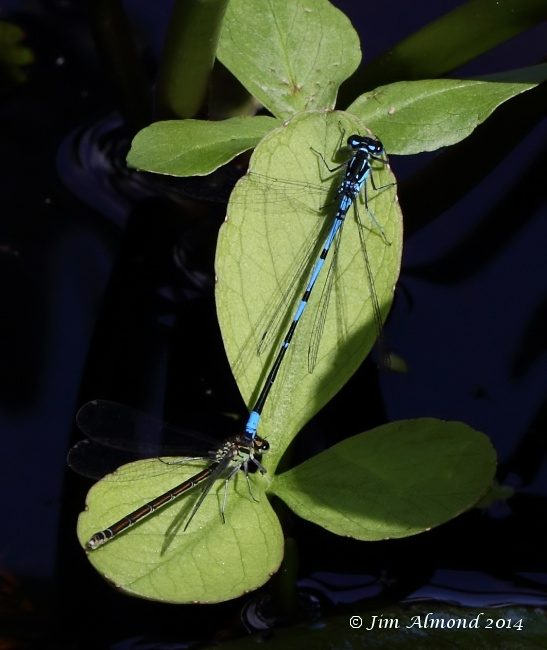