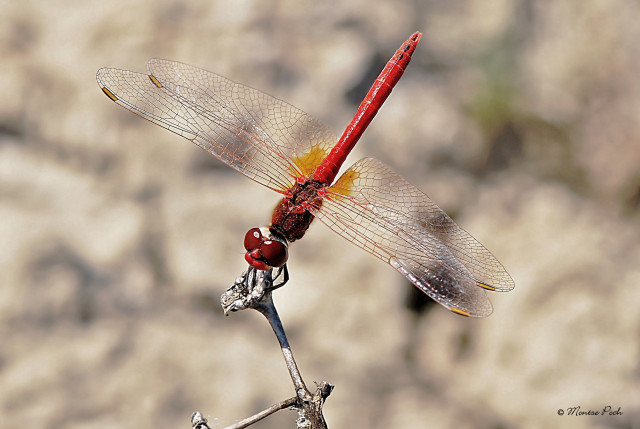 The abdomen is brick red and parallel sided with 2 black mid-dorsal lines on segments 8-9. The thorax and frons are red on top with brownish grey sides and the frons has a black line extending down the sides. The thorax has a single pale side stripe (illustrated in the additional photographs). The eyes are red-brown above and distinctively grey-blue below. The legs are black with a yellow stripe running down the length. The base of the hindwing is suffused with yellow and the wing veins are red especially the costa. The pterostigma are yellow and outlined in black. 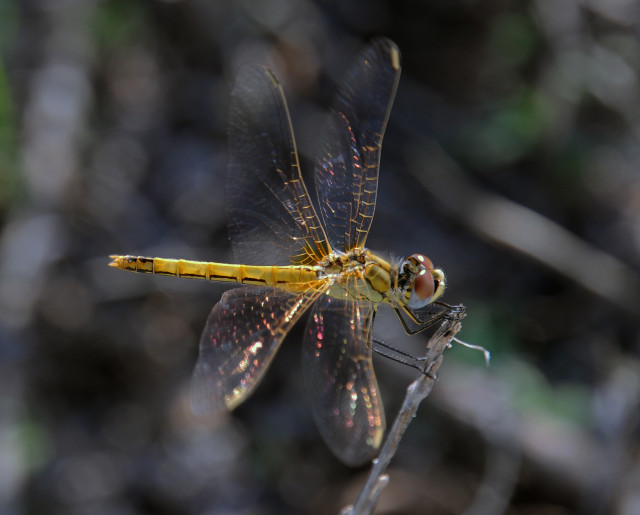 The body is yellow with a black mid-dorsal line on segments 8-9. The wings and veins are noticeably yellow at the base. The eyes are brown above and blue below. The frons has a dark line extending down the sides. The legs are dark with a light stripe running along the length. The vulvar scale can be seen projecting from underside of segment 9.

This is a very rare migrant species in Shropshire. With striped legs confusion is possible with Common Darter and another very rare migrant, the Yellow-winged Darter. The Common Darter does not have a black line extending down the side of the frons. Neither the Common or Yellow-winged Darter have blue colouration on the lower half of the eyes or a solitary single stripe on the thorax side.

Males are very aggressive and guard their territory from other males. From a prominent perch they fly out to challenge other males or to catch insects. Ovipositing is usually done in tandem, but the females will also oviposit alone.

Prefers shallow standing water with submerged aquatic vegetation such as ponds, lakes and canals. No evidence of successful breeding in Shropshire.

Until recently only 1 very historic anonymous record had been made of this species in 1940 at Whixall Moss. Then in May 2012 this rare migrant was recorded at Venus Pool near Cound. Tandem pairs were observed ovipositing though no population persisted. Red-veined Darter has been recorded in a number of nearby counties over recent years including Worcestershire, Warwickshire and Staffordshire so this is always a species to be aware of. 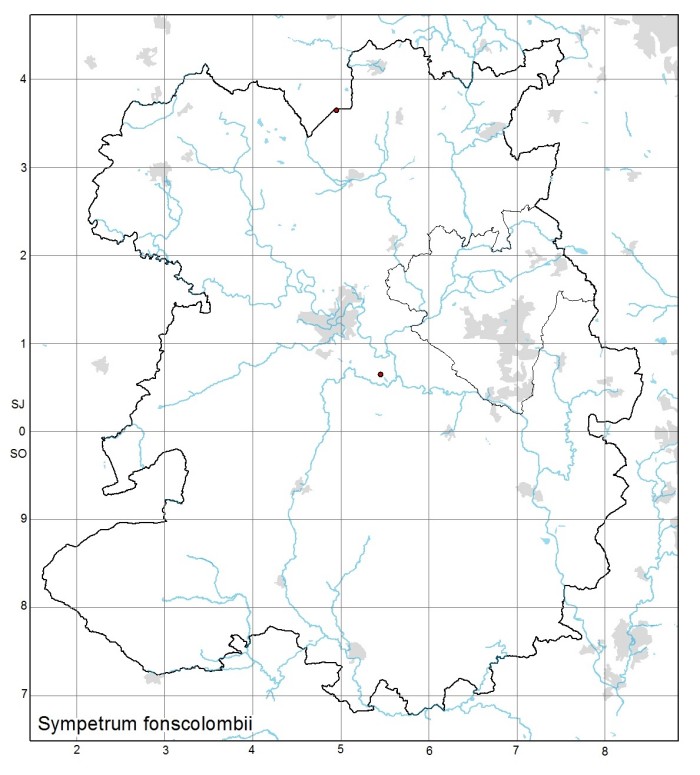 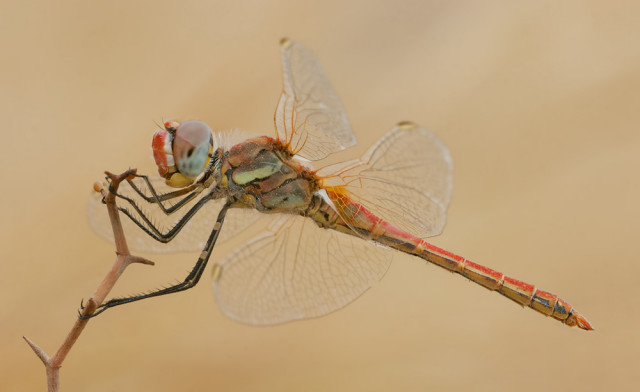