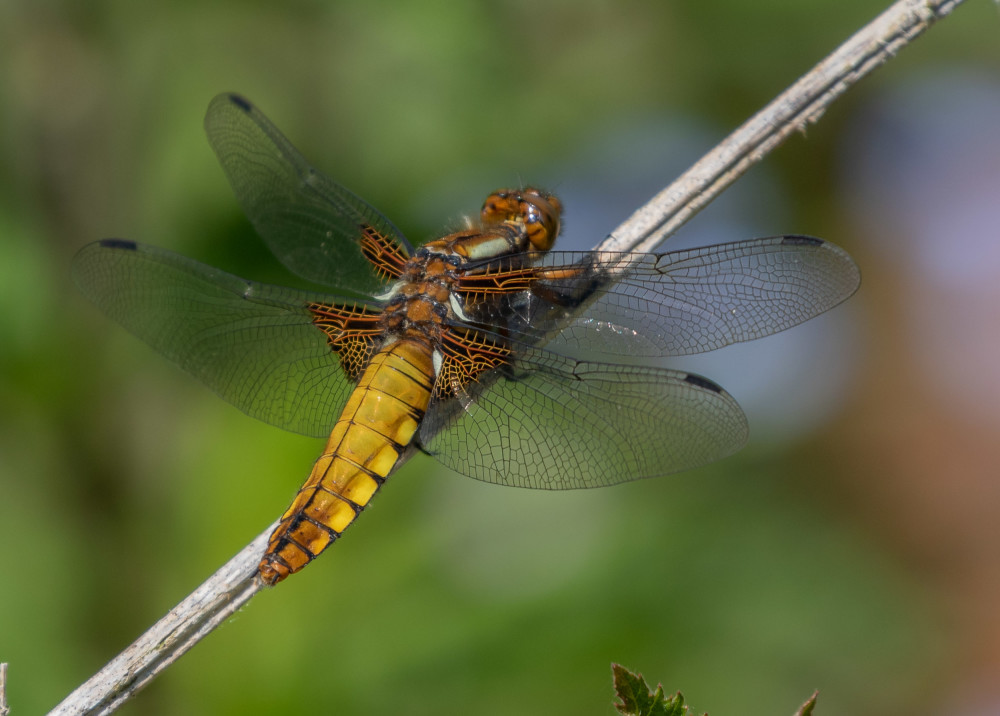 It seems Whixall Moss is leading the way again with first sightings. As my pond in Shrewsbury is only just getting underway with good numbers of Large Red Damselflies and Four-spotted Chasers emerging, up at Whixall Stephen Barlow has seen Broad-bodied Chaser (left) on the wing, Banded Demoiselle, Beautiful Demoiselle (below left) and White-legged Damselfly (below right). The White-legged Damselfly is believed to be struggling in some parts of it’s distribution though it does well in Shropshire particularly around the canals. Always a lovely insect to see and good records to send into Vicky. 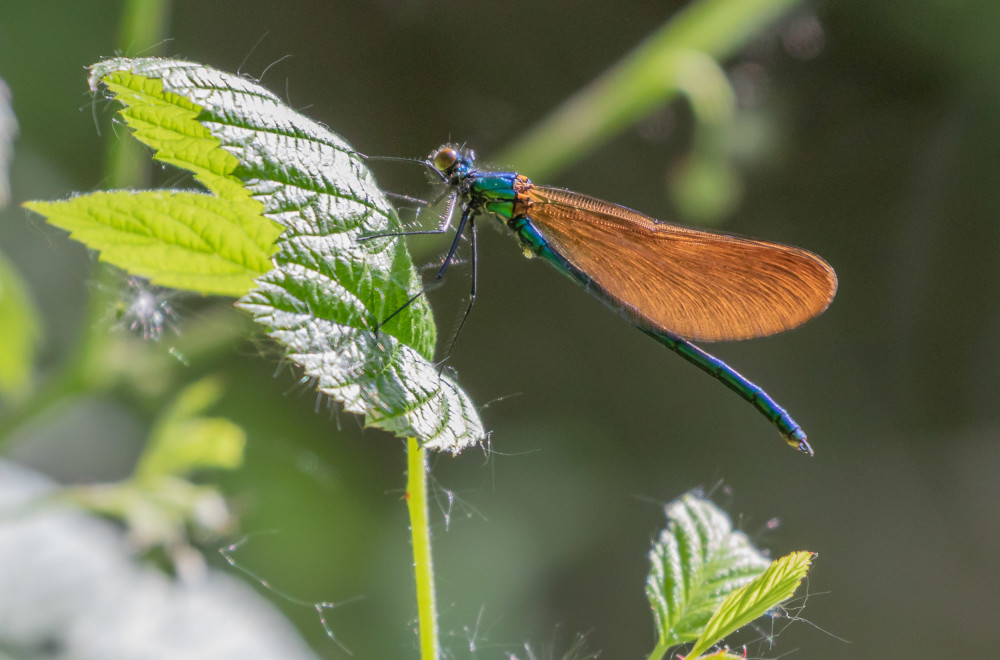