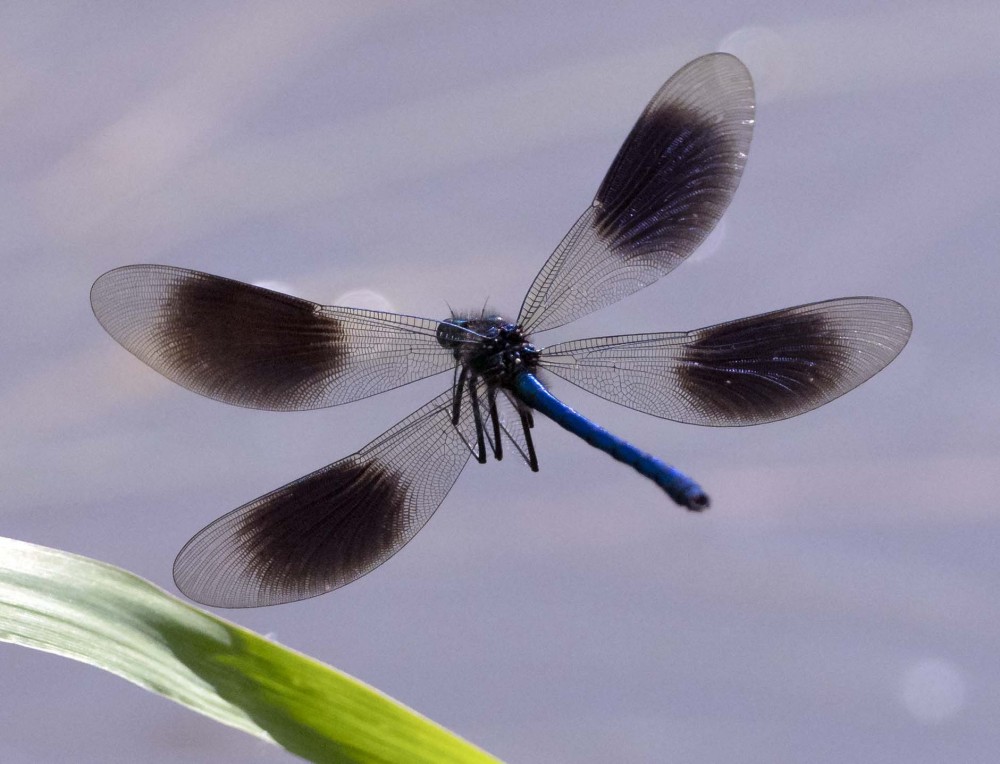 Paul Spear has been out and about in the sunshine at Coalbrookdale and taken some glorious photos. The male Banded Demoiselle (left) looks stunning when captured with all 4 wings visible- leaving us in no doubt about the bands! Clubtails (below left) were also there in reasonable numbers along with the first Blue-tailed Damselflies. Paul also took this photo (below right) of a male Common Blue Damselfly in flight showing clearly the broad antehumeral stripes, the ‘mushroom shape’ on segment 2 of the abdomen and the solid blue at the end of the abdomen. Broad-bodied Chasers are also very much on the wing at the moment- the male photographed by Paul (far below left) and the female photographed by Jan Shields (far below right) at Snailbeach Reservoir- a stunning insect! 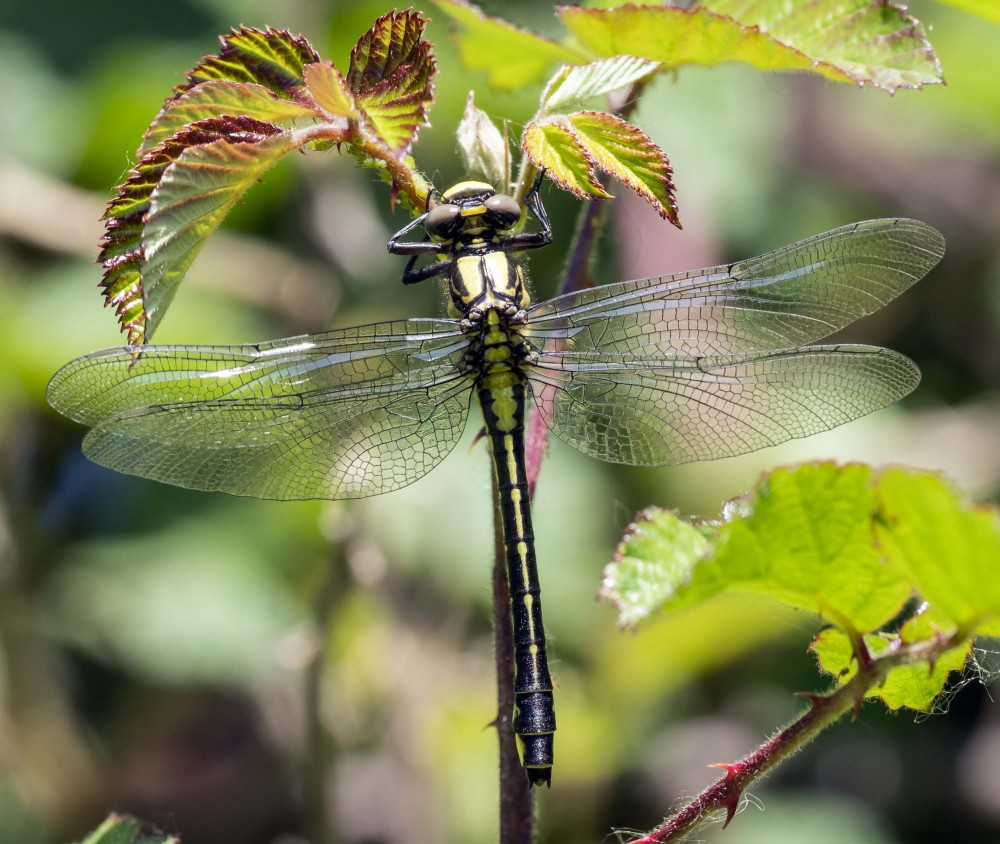 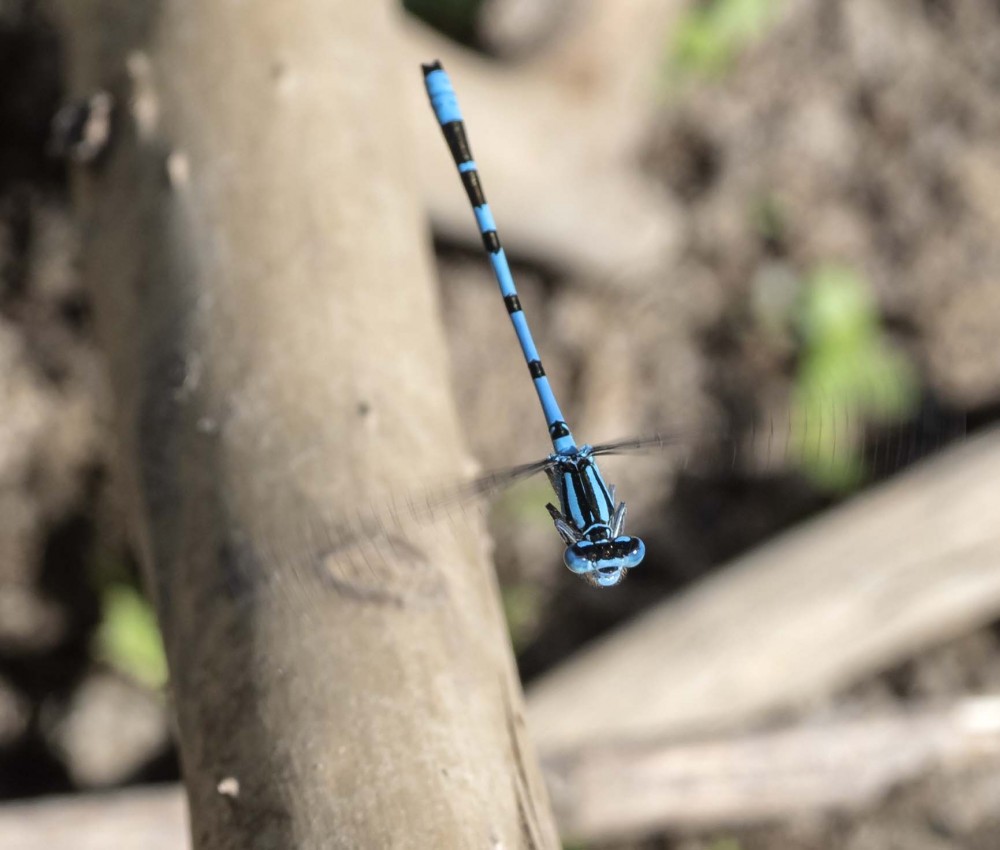 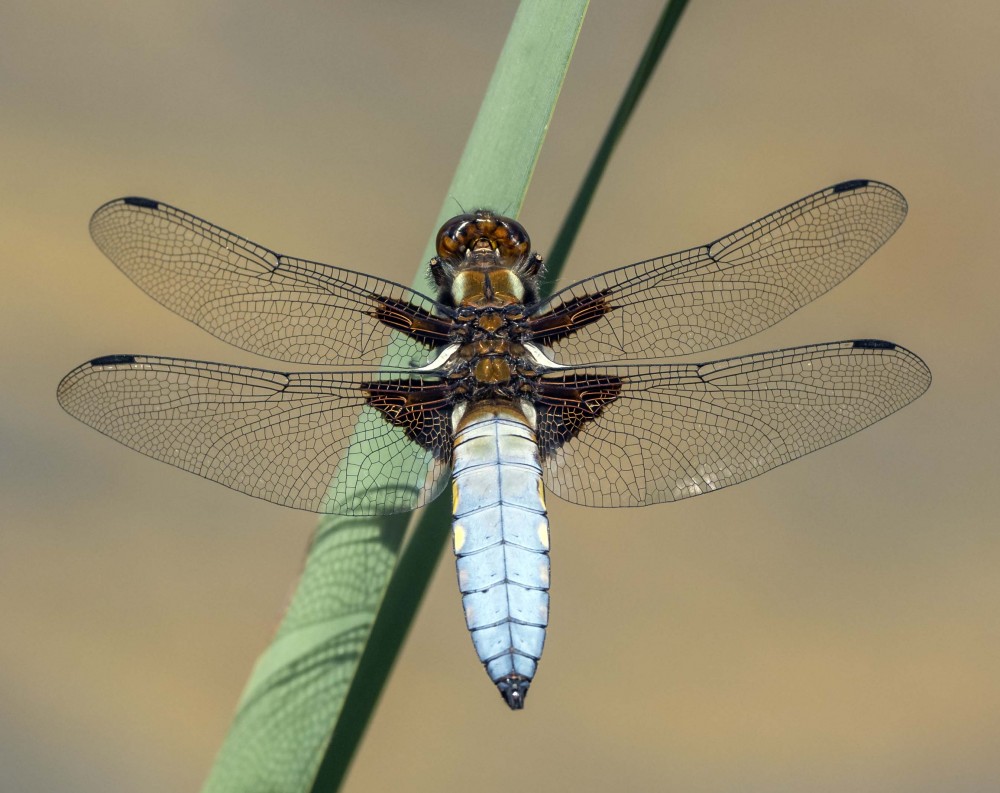 The rewards of having your own pond…

The rewards of having your own pond…