Keeled Skimmer on the wing…sort of! 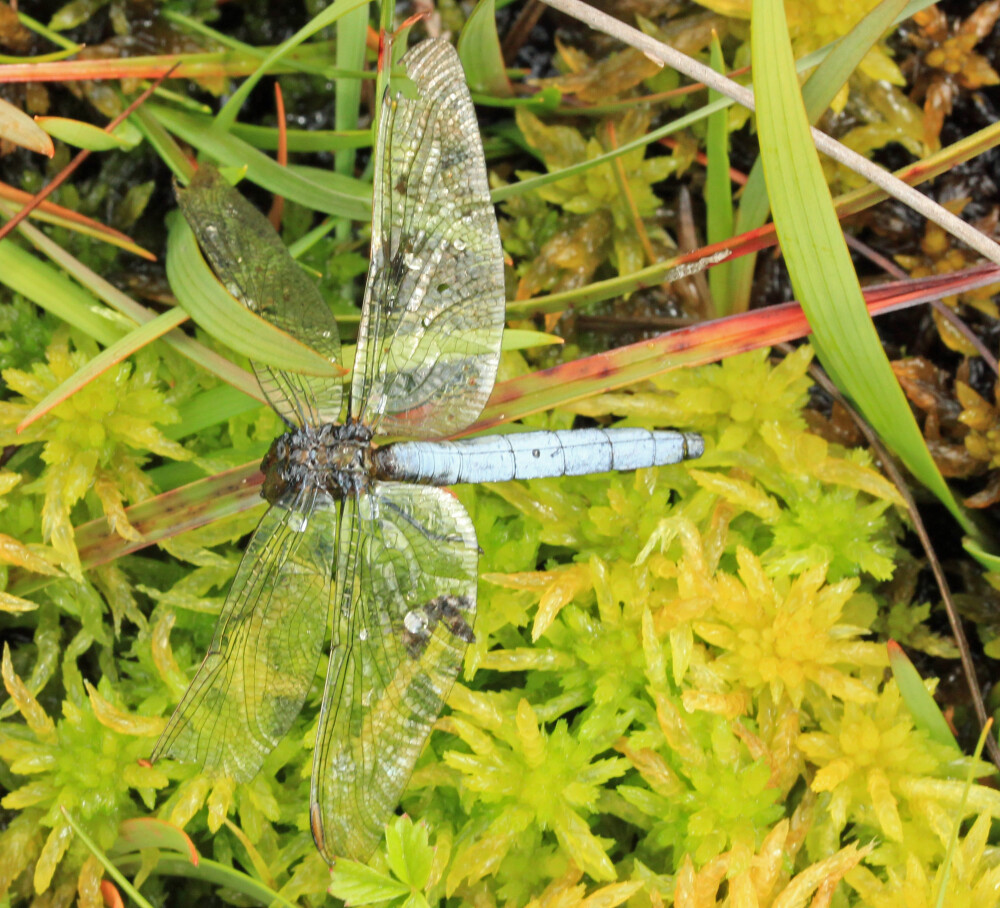 Jan Shields has sent in a great set of interesting photos- starting with the first picture of a Keeled Skimmer for this year…no head, but you can still make out the diagnostic ochre pterostigma on the wings! This was photographed at Cramer Gutter where Jan also found the exuvia of a Golden Ringed Dragonfly- unmistakable if you get a head on view of the zig zag join between the labial palps on the face area.

Elsewhere Jan saw an ovipositing female Emperor being closely inspected by a male Azure Damselfly at Prees Heath (far below left). And last but by no means least a Black-tailed Skimmer was photographed at Venus Pool eating a White-legged Damselfly male who was tandem ovipositing! Made me wonder is the female could make good her escape or weather she was trapped in the male claspers?! 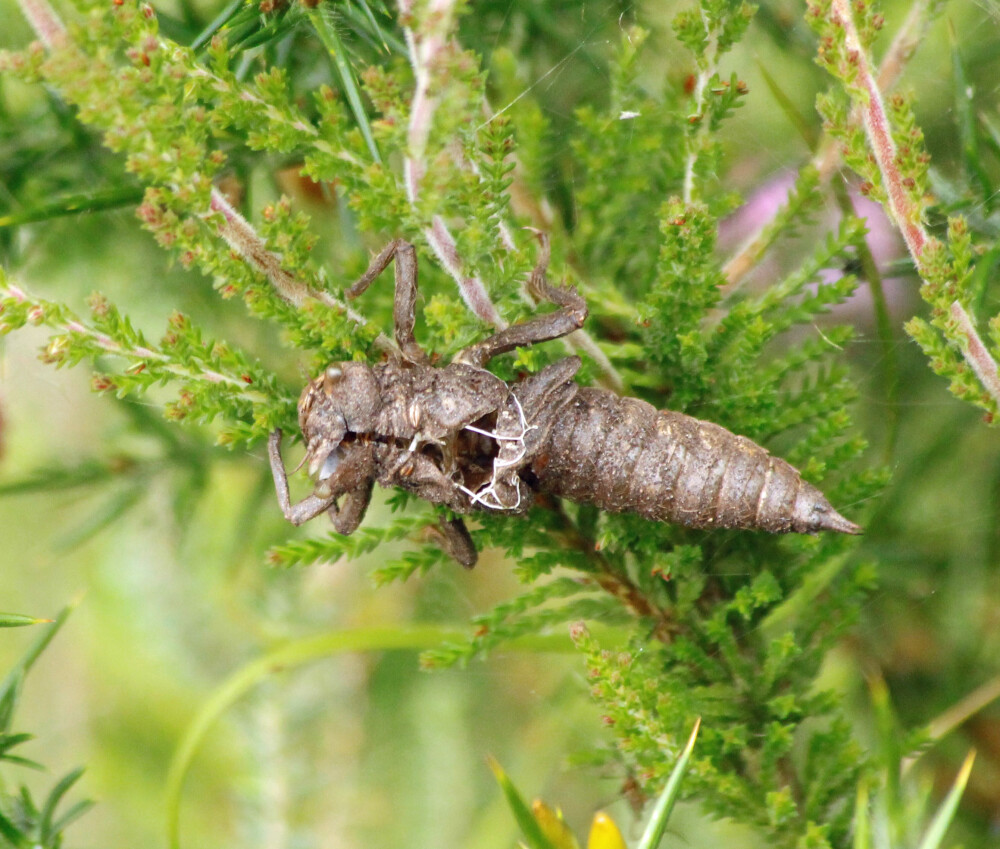 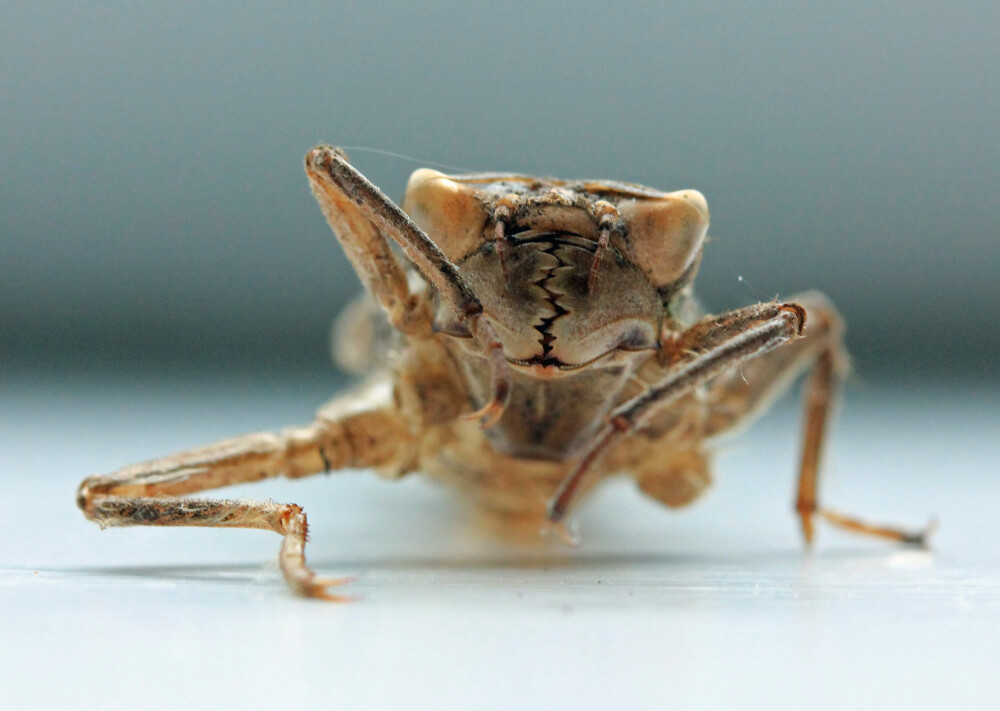 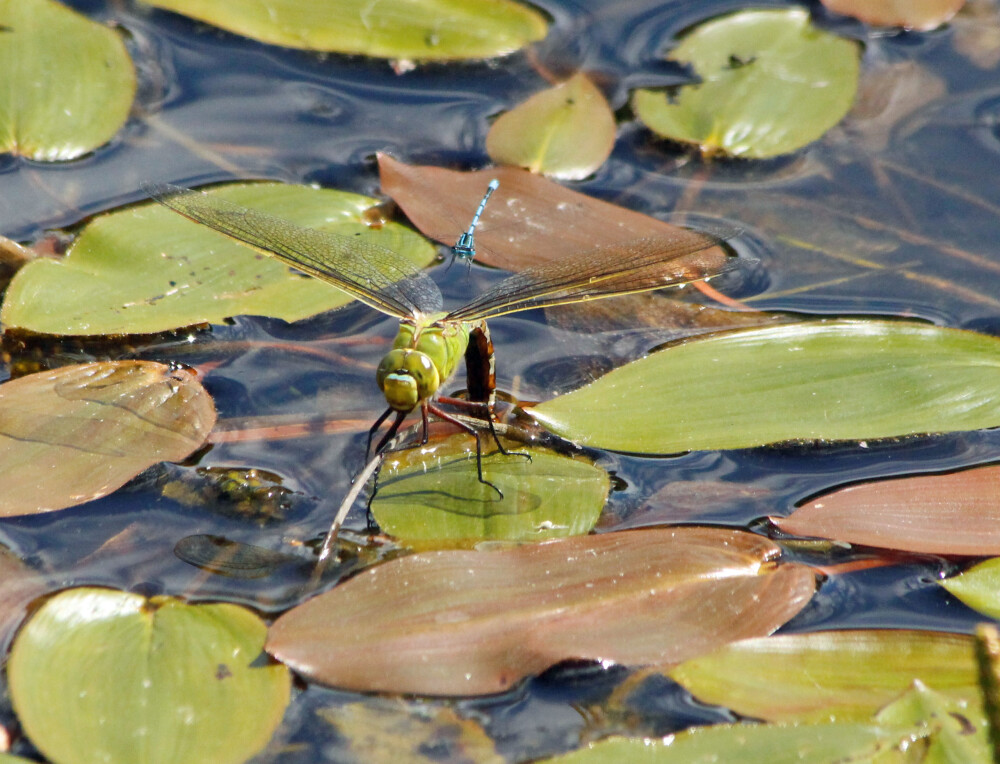 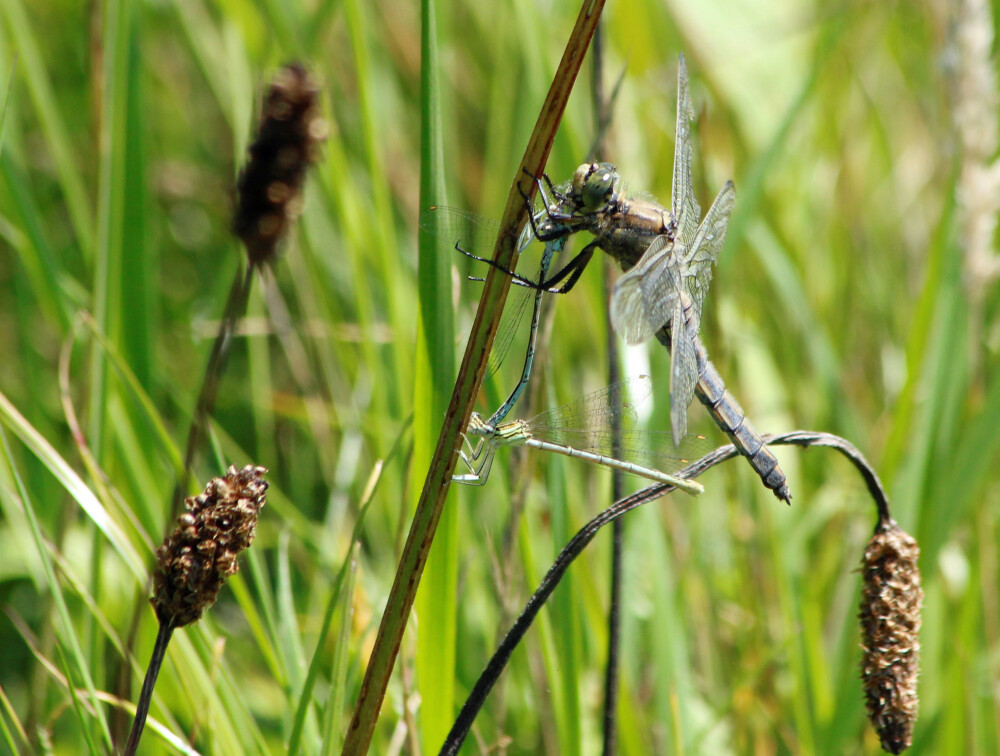 Ruddy Darter on the wing…

Ruddy Darter on the wing…