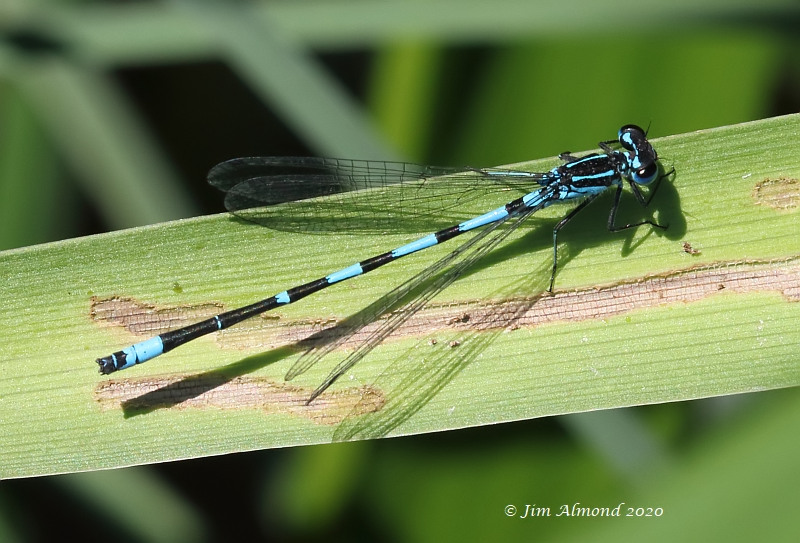 Jim Almond has sent in these great photos of Variable Damselfly taken at a private site in Shropshire. It’s a great name as the markings can often show variability making identification challenging for this rarity. A textbook Variable Damselfly male will have exclamation marks (or broken stripes) on top of the thorax as seen below left. The male shown immediately left however has complete antehumeral stripes and so other features such as the black marking at the base of the abdomen and the shape of the trailing edge of the pronotum will help distinguish this species from the very common Azure Damselfly. A female is also shown below right and far below we have two fabulous photos of a female Brown Hawker ovipositing and a female Broad-bodied Chaser. 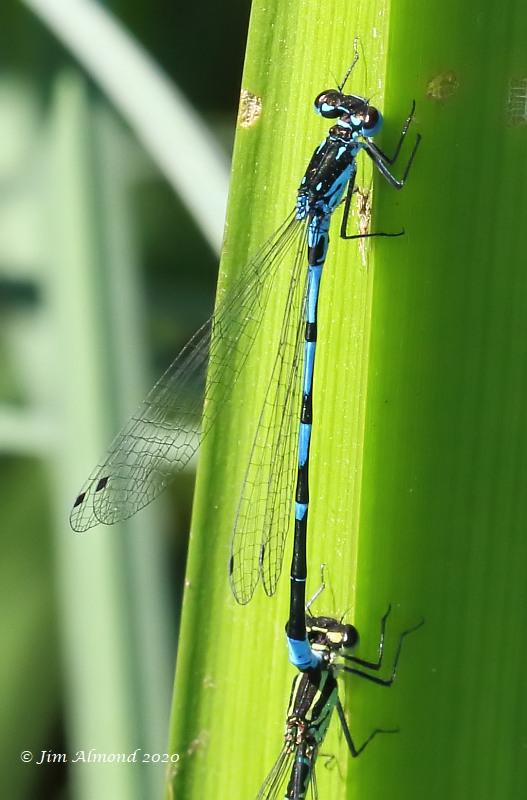 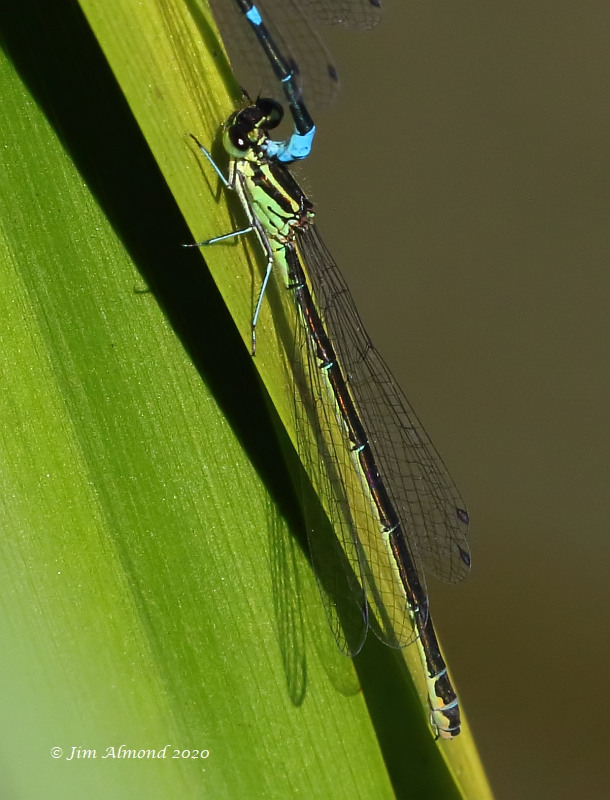 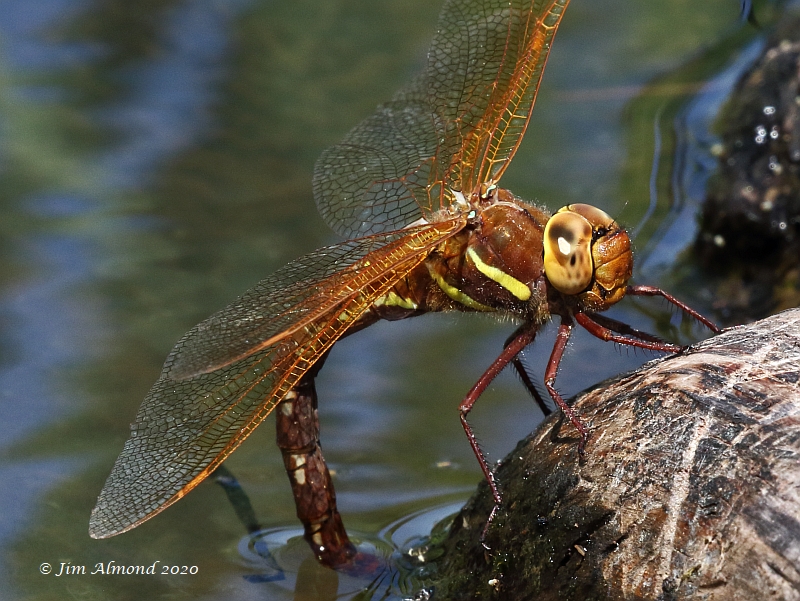